Peruvian Nikkei in Vegas: Once.

Japanese/Peruvian fusion and pronounced on-seh….Spanish for 11. It’s located in the Palazzo area of the Venetian.

I started with a pisco sour….not up to what I had in Patagonia with more egg white which significantly minimized the flavors one expects from that drink.

The beet salad with burrata was next. It was ever so slightly spicy but sweet…blood orange vinaigrette, at the same time. Beets were presented 3 ways: whole, thinly sliced and rolled and as jerky. The beets were served on a bed of ground beets and quinoa which added and interesting texture and flavor. The beet jerky was particularly unusual with a mouth feel like beef but a sweetness of beets and was slightly spicy as well. This is a must have dish…..if you like beets, it can’t be beat.

As my main I went with the pulpo al olivo even though it was meant to share. The octopus was grilled, drizzled with a olive oil marinade and, arrived surrounded by cheese and charcuterie. The cheeses had 3 distinct sharpnesses and were perfect for the various sweeter offerings on the platter. Included were small red peppers which were crazy good and had a sweet flavor. Just the opposite were small yellow peppers….slightly spicy. Grilled tortillas, instead of the usual bread or crackers, made a nice difference and, added outstanding flavor and a bit of crispness. The flavor mixtures and varied textures of the dish were truly delicious. Highly recommended.

My wine….Sierra Cantabria….a Spanish rioja…..was nicely balanced and light enough to not distract from the meal.

For dessert, I went with the pisco flan. It was very light and not what I expected. It came with a side of blueberries and strawberries bathed in pisco and was too tart for my taste. Perhaps it was the pisco that made it that way but it might have been better balanced with ripper fruits. 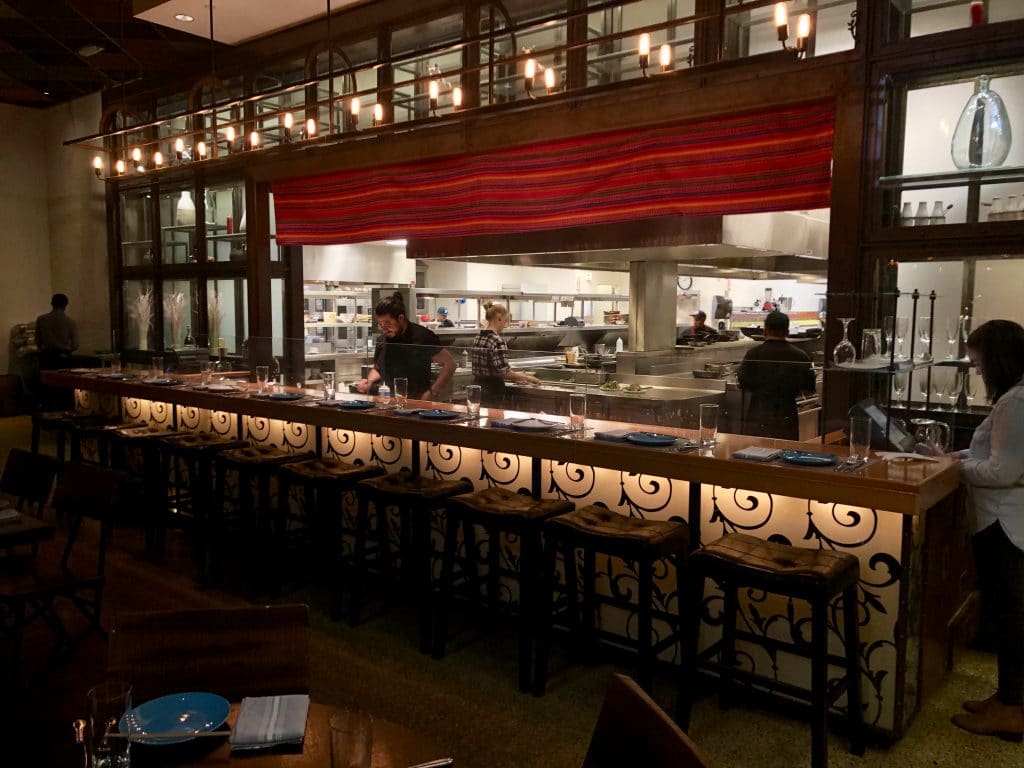 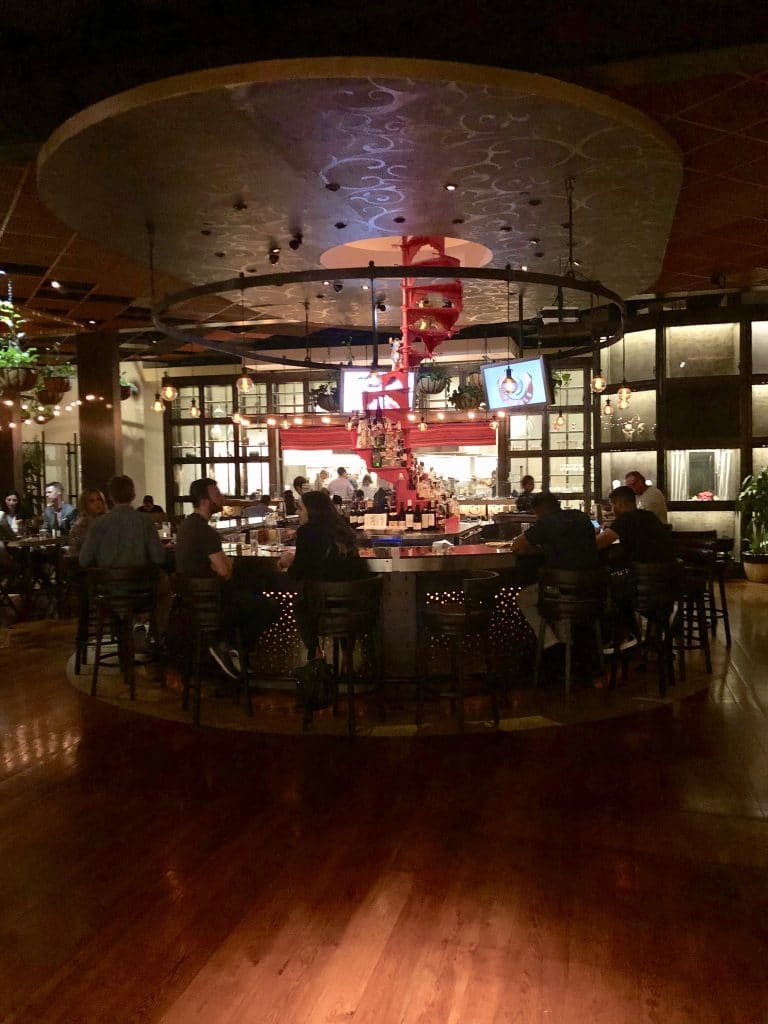 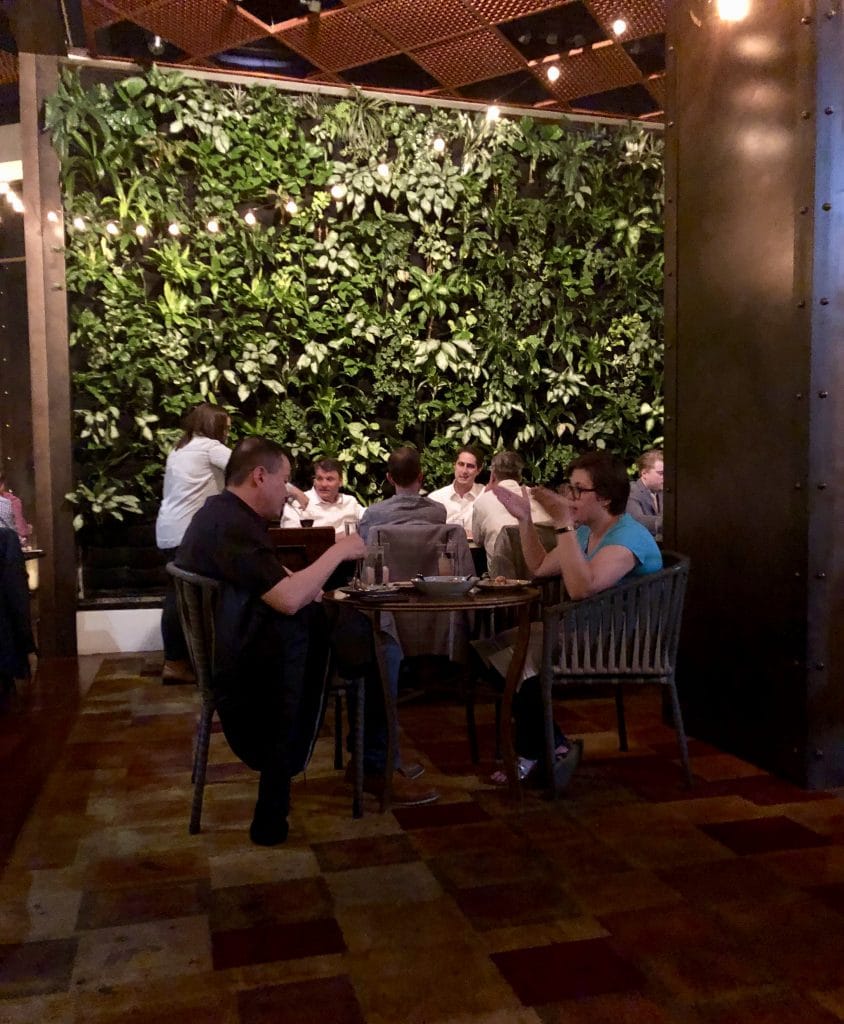 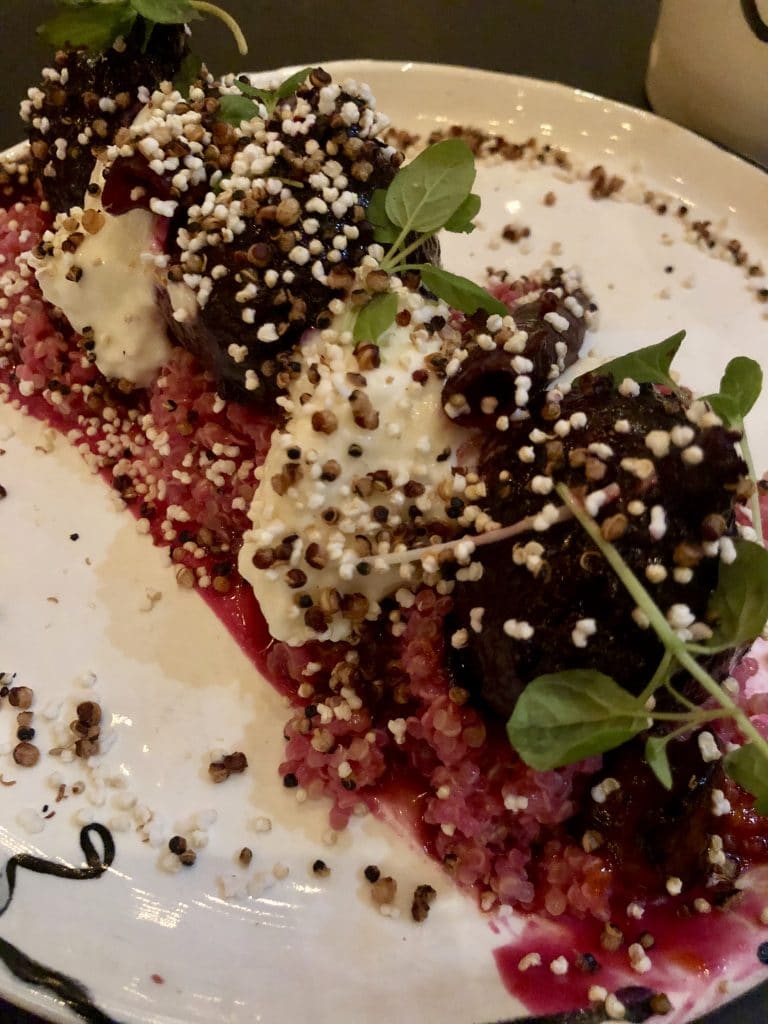 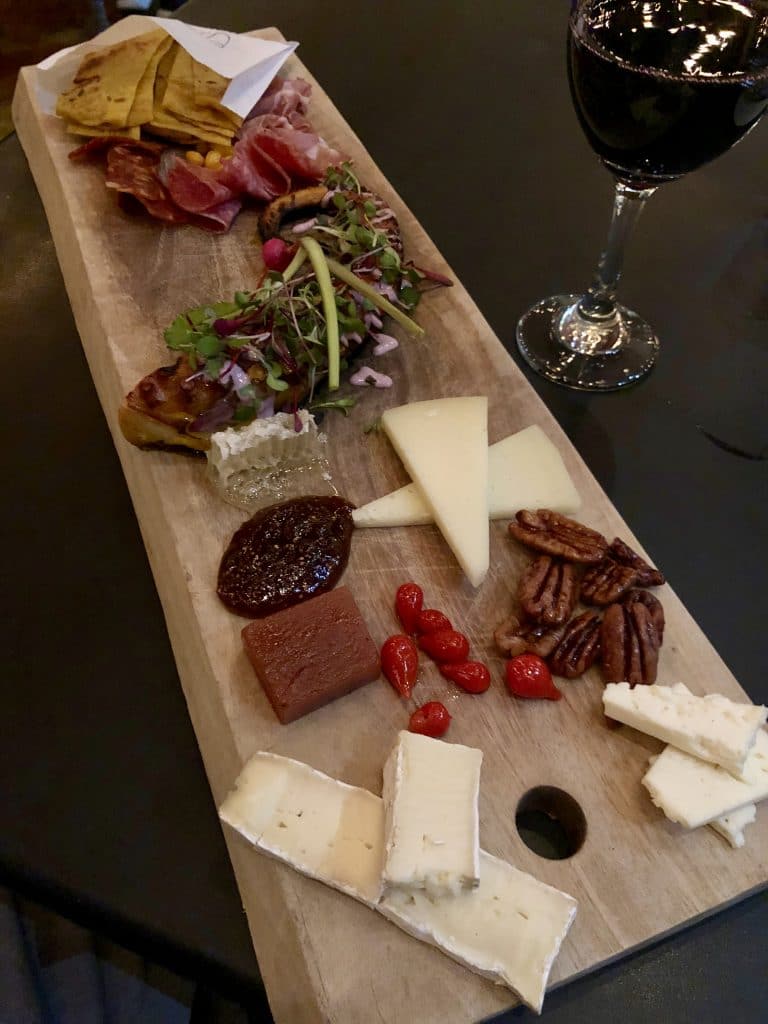 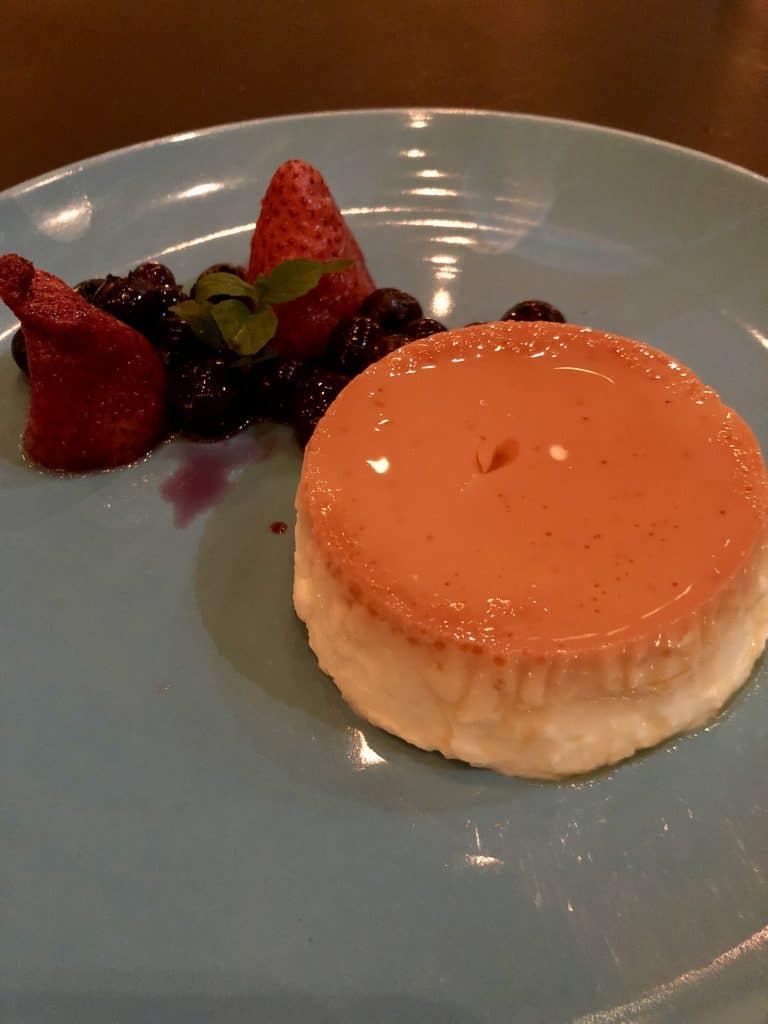 Cider and beer in abundance: Sixknot Taphouse. Very nice spot for a beer or cider after skiing or hiking with over 40 choices on tap!...

Sun Mountain Lodge: The Dining Room and Bar. Dining, gorgeous views and skiing all in one. Typical menu choices for breakfast, lunch and dinner with...

Always need more chocolate: Recchiuti Confections. Having bumped into this place more than once while in the Ferry Building and being amazed by the unique...

Looking for some Q: Meaty Johnson’s. Described as Seattle BBQ…whatever that is, the meat is smoked in house…on the second floor no less! Three types...

Bakery and a cup of Joe: Kringles Bakery. Happened to be in the neighborhood and having a kringle seemed like a great diversion before returning...

Going home: Sip Munch and More. Terminal B near the Alaska gates at Reagan and needed a glass…or 3. Visit website...

On the way: Roadhouse Restaurant and Inn. First built early in the last century it’s been renovated several times and still serves as an Inn....

A bit of hygge in SLU: Café Hagen. Opened for just a few months and located very near REI this is a perfect spot for...

This site uses Akismet to reduce spam. Learn how your comment data is processed.