Food from the north eastern part of Thailand……the Issan region which borders Laos and Cambodia. Sounded like an interesting twist on typical Thai cuisine so we decided to give it a try. Located in lower Capitol Hill on Union Street so take the light rail….parking in this part of Seattle can be a challenge.

The space is airy with high ceilings but inviting as well and despite the open space, noise levels were reasonable.

For those of us more used to traditional offerings, the menu can be a bit challenging…..the words are the same…think gai for chicken and tom for soup….but the dishes aren’t the same. So, spend some time getting to know the offerings….and don’t expect to find pad thai.

Started with a few small plates that included the sour pork ribs and spicy curried prawns….delicious curry and the thinly sliced plantain chips were incredible. Followed this with 2 entrees; the first was the pork collar which arrived glazed with a soy and palm sugar sauce and the second, the game hen served with a typical side of sweet chili sauce. Both dishes came with a very nice spicy green papaya salad. The nod goes to the chicken….perfectly roasted on a rotisserie.

The dessert menu looked interesting…..they have my favorite Thai dessert….mango sticky rice but we decided to check out the vegan ice cream shop nearby.

Cocktails, wine and beer are available but the wine list was not extensive. However, it included a several selections of both white and red that would pair well with Thai food.  I went with a typical Thai beer….Singha.

Another Issan Thai choice in the city is Pestle Rock which, I believe, is slightly better but you won’t gone wrong at either place. 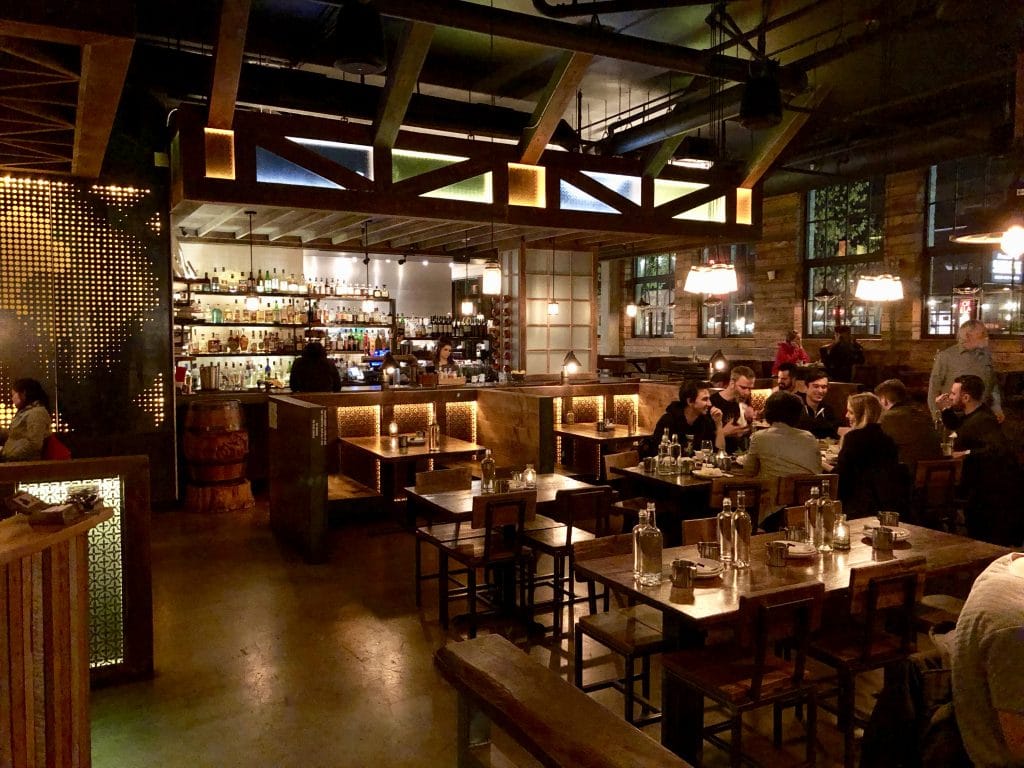 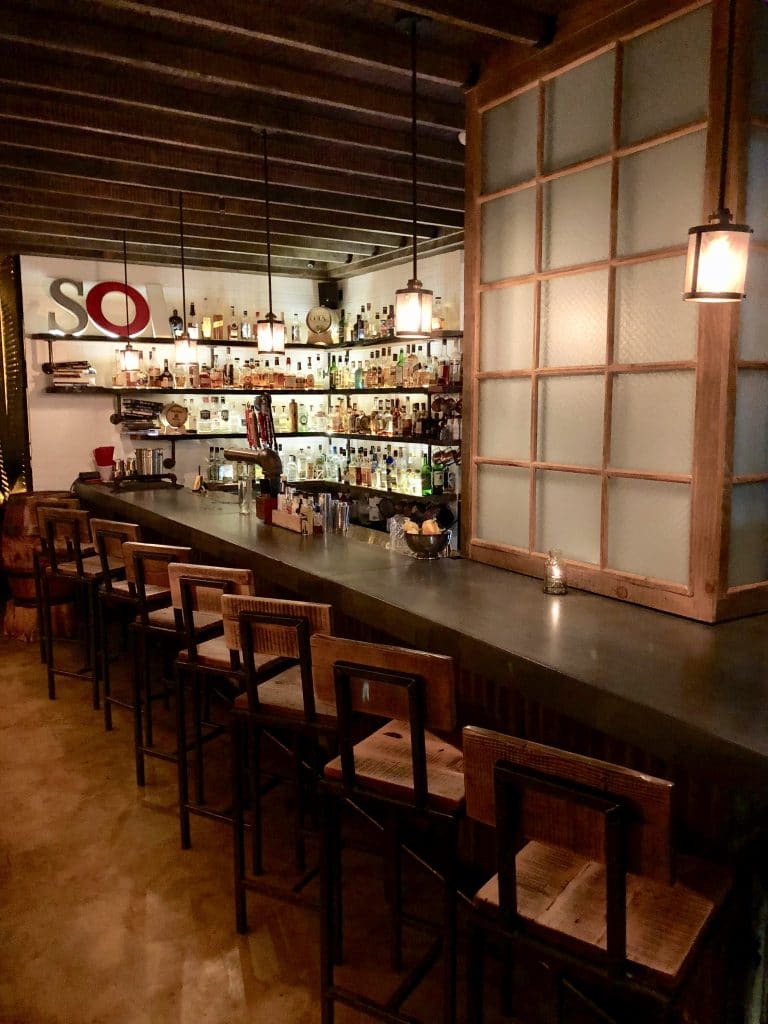 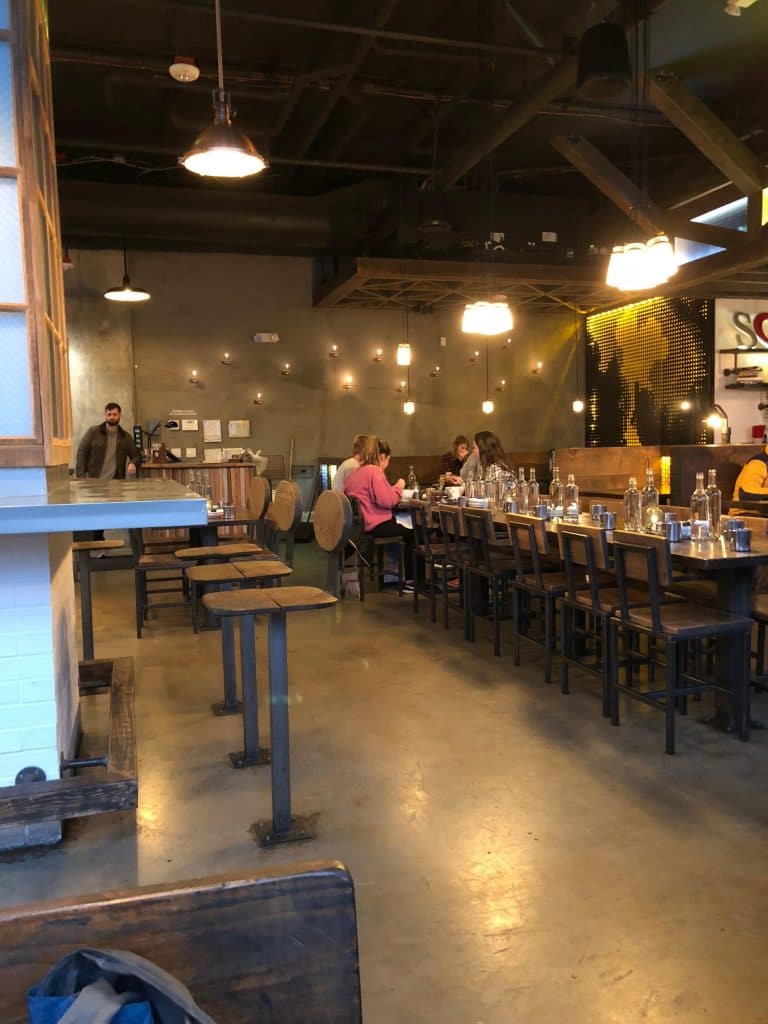 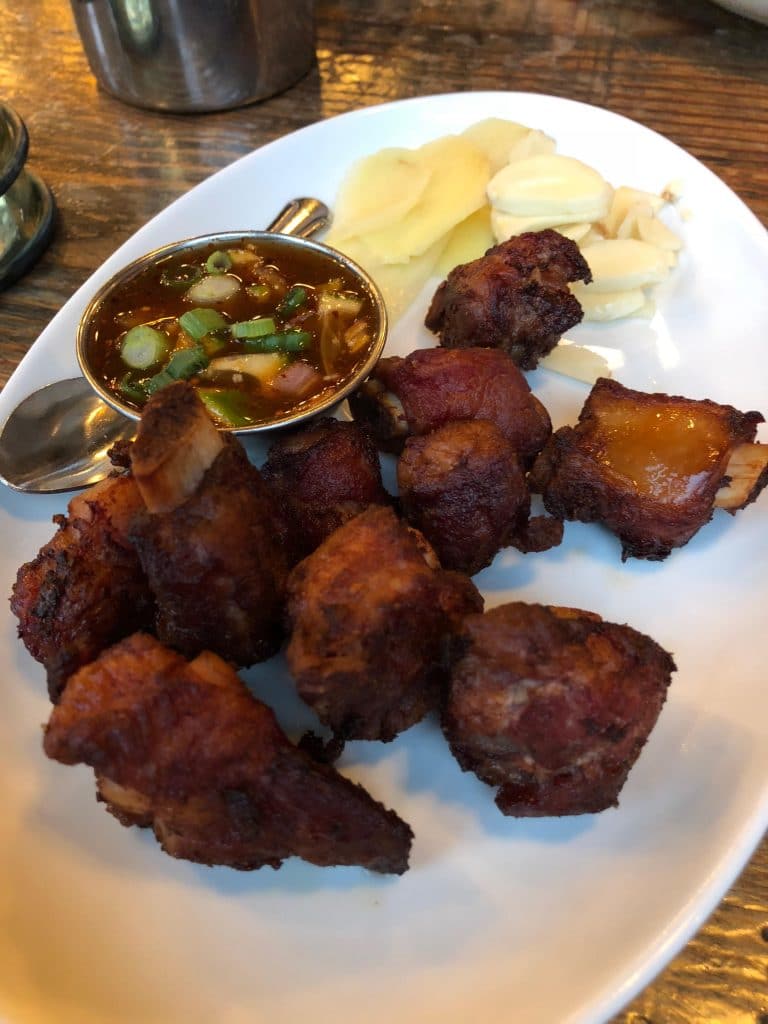 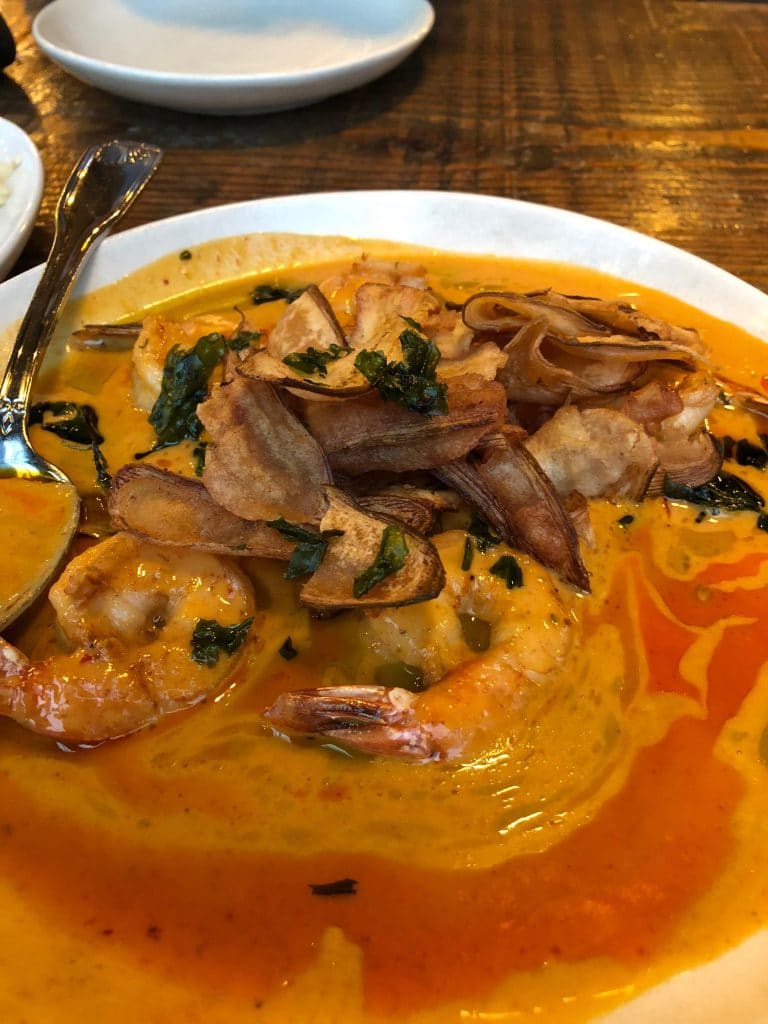 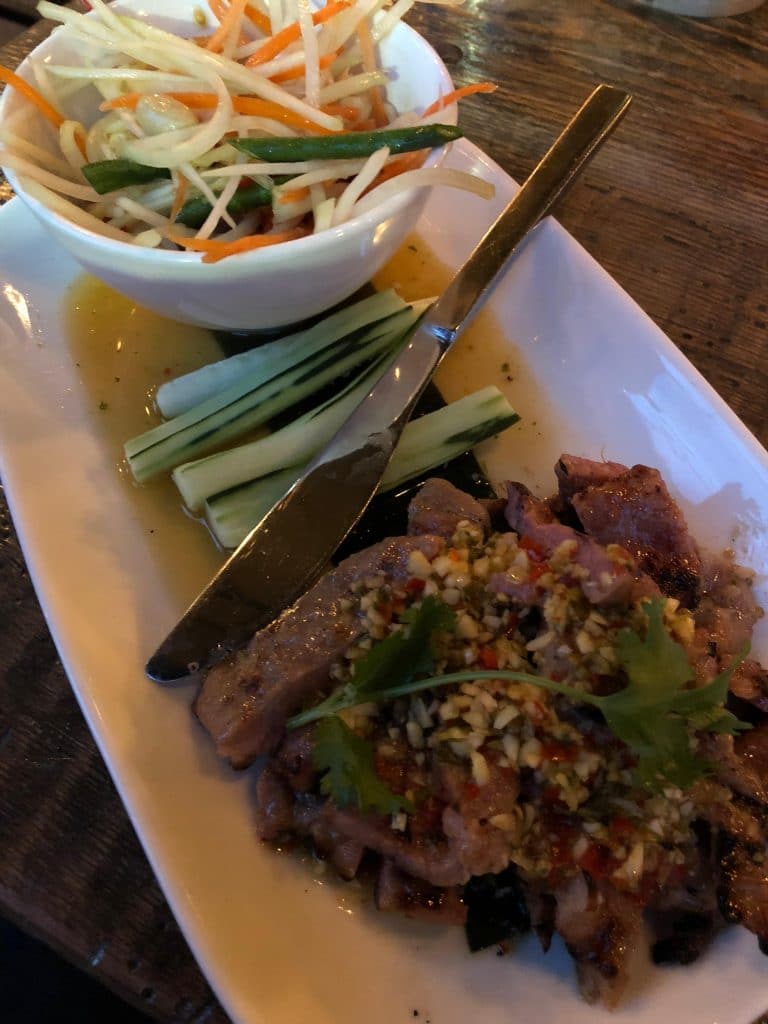 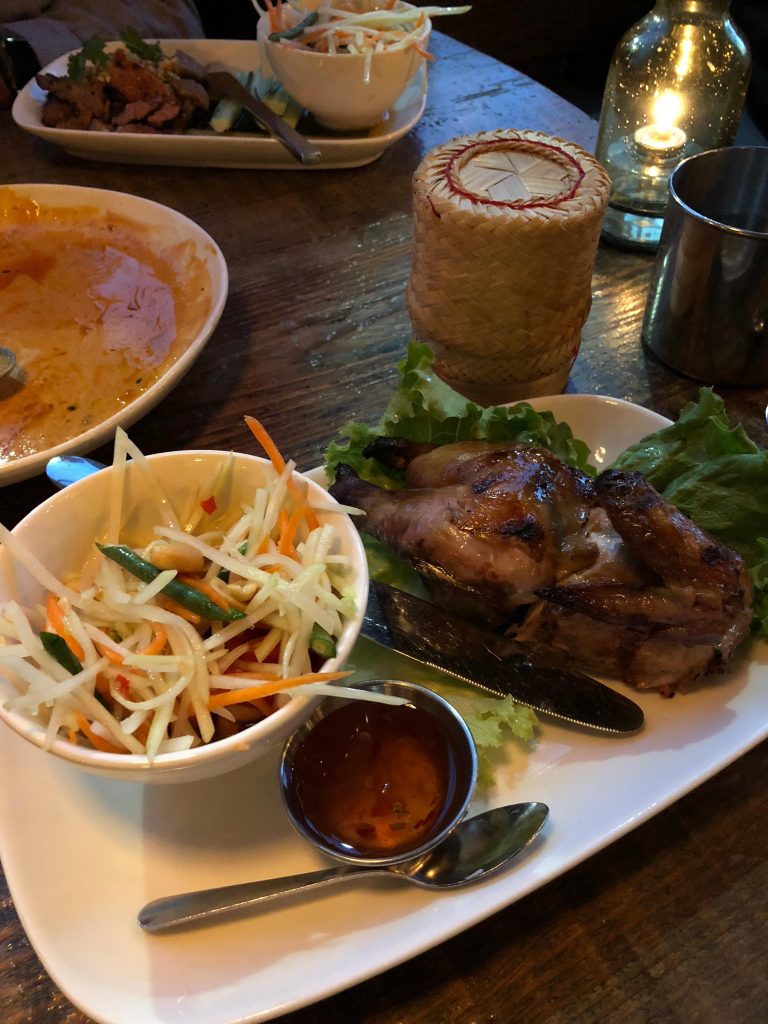