One of the first places in Seattle to serve organic, locally sourced food before it became chic. It has continued to provide excellently prepared dishes since it first opened in 2006. Despite its long history, I had never visited. Chef Maria Hines has received just about every accolade there is: Iron Chef, James Beard best Chef Northwest, New York times reviews…it goes on and on and on. So, I was excited to finally visit!

We started with the roasted cauliflower apple soup which wasn’t as sweet as I had imagined based on the listed ingredients. The pickled cauliflower was a nice add. We also had the smoked heirloom carrots which was the best of the two….and made by the slightly spicy goat cheese on which it arrived. Our choices for mains were the arctic char and the ricotta gnocchi with the nod going to the fish. It arrived perfectly cooked with a very nice pan fried skin which added a nice flavor and mouthfeel. The bed of risotto and cherries and puree of celery root completed the dish.

Our server recommended against the vegan pumpkin pie….and she was correct….no added sweetness to the pumpkin and the topping of pomegranate sauce made it….sour! Wine list with a nice blend of new and old world (mostly French) options.

As would be expected, service was knowledgeable and excellent. 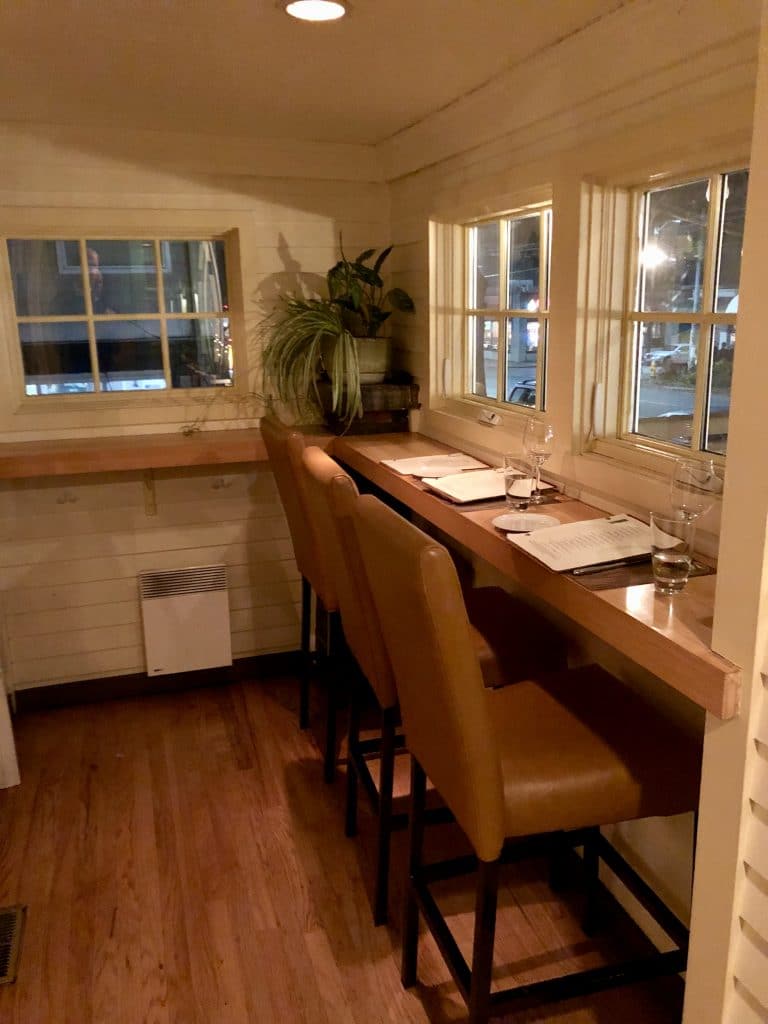 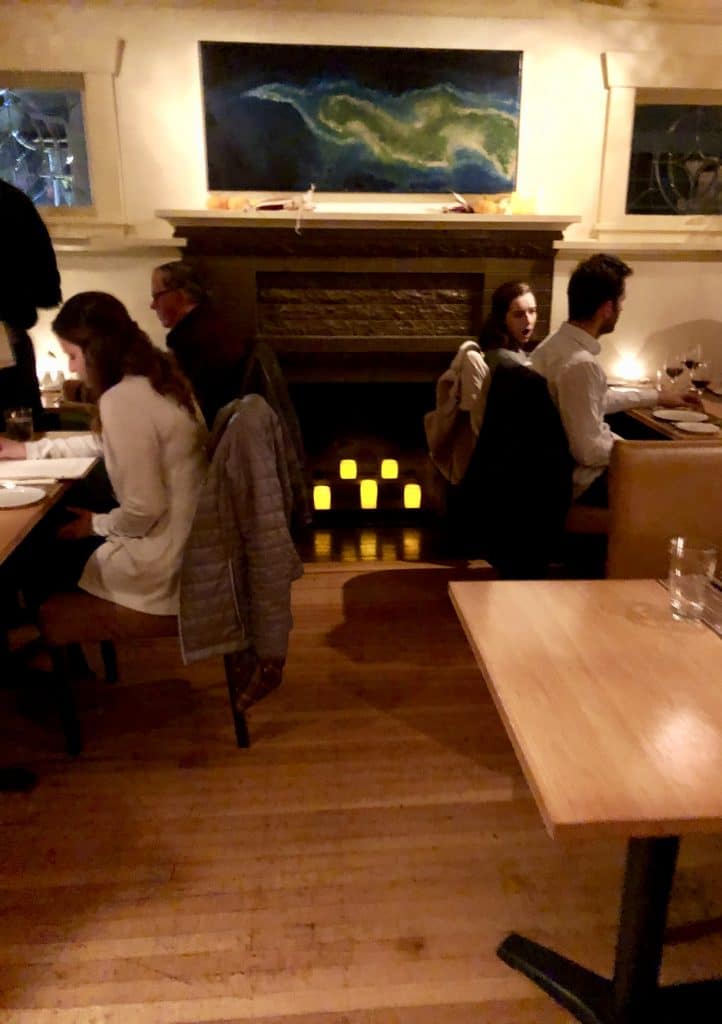 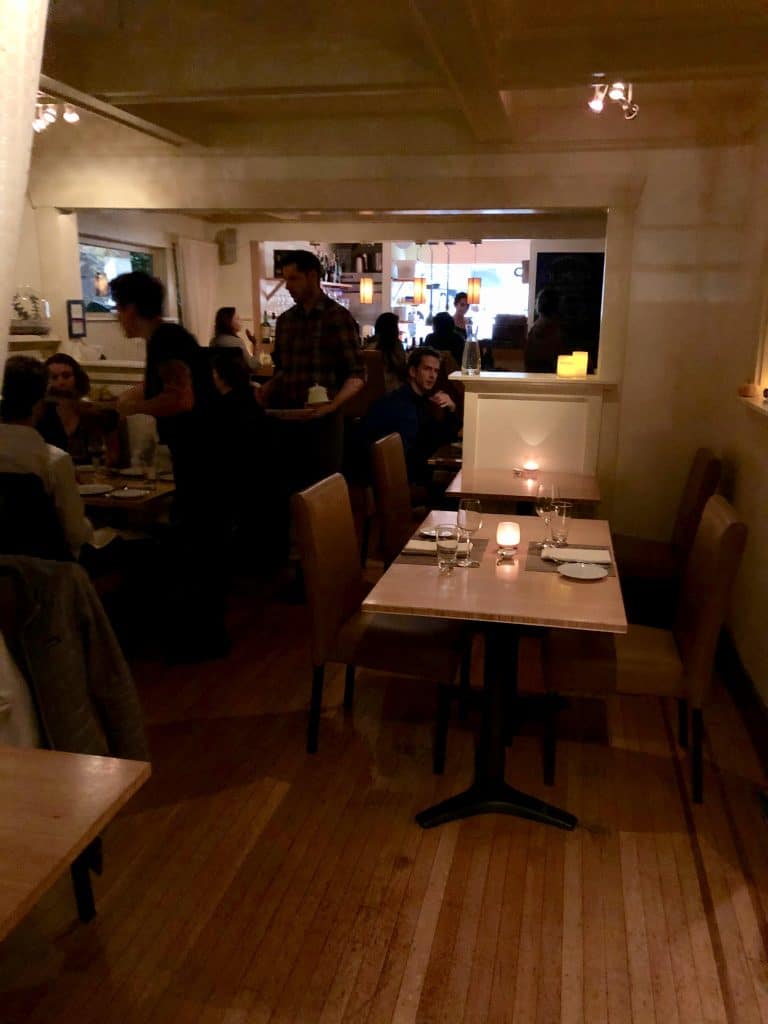 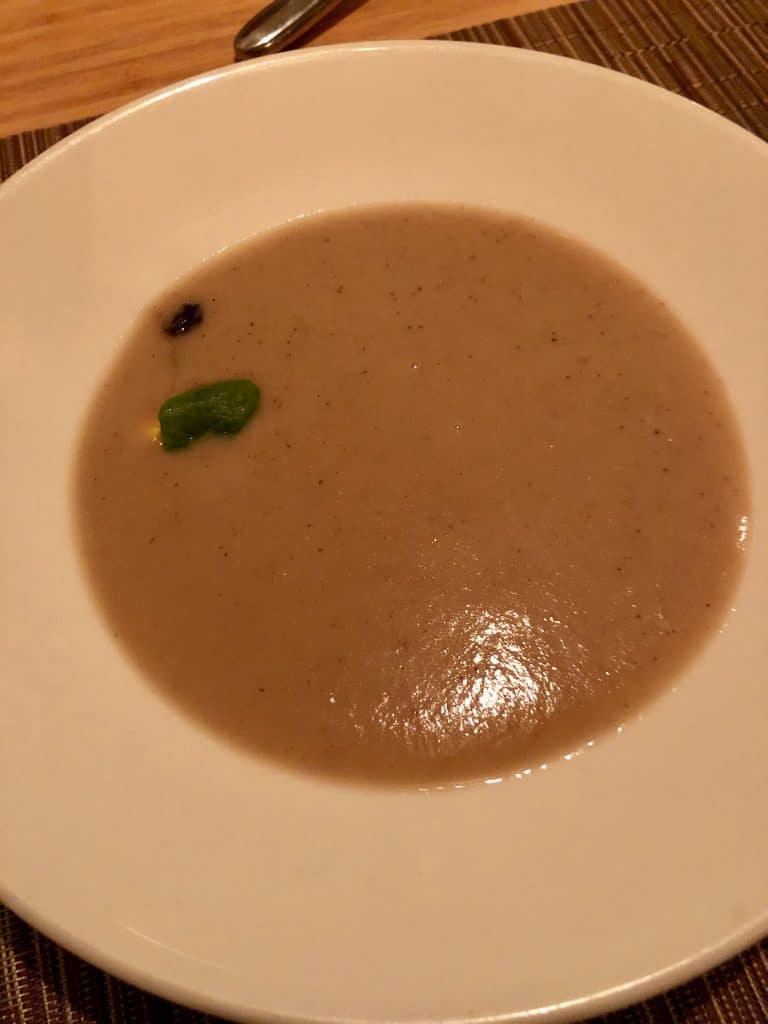 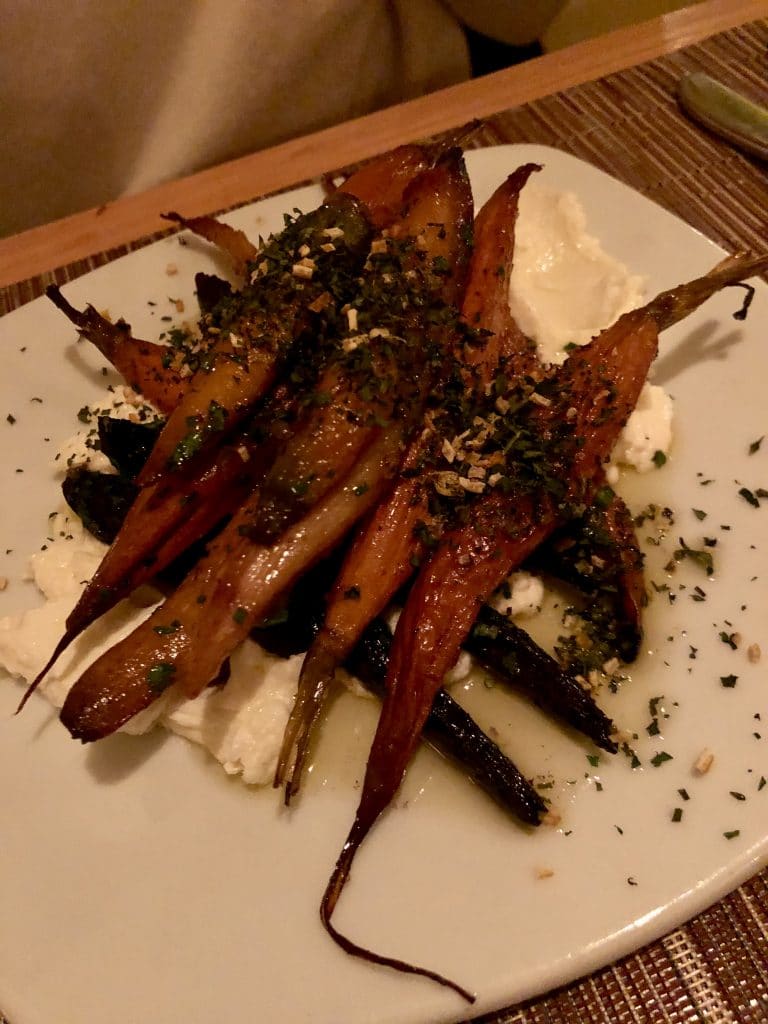 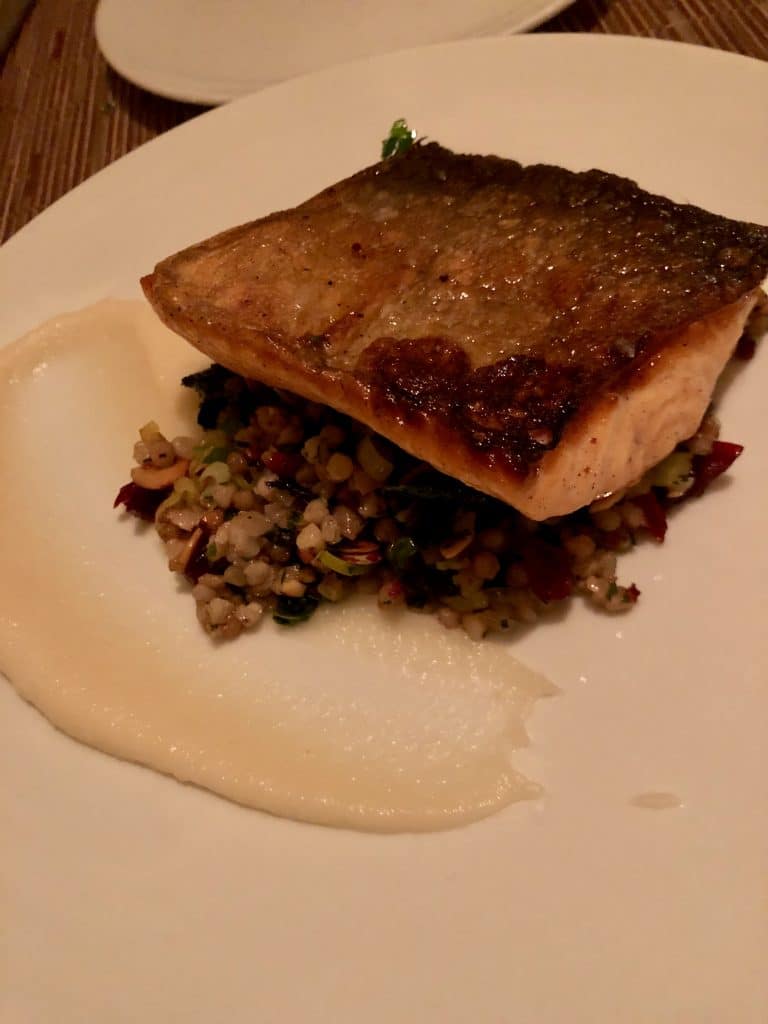 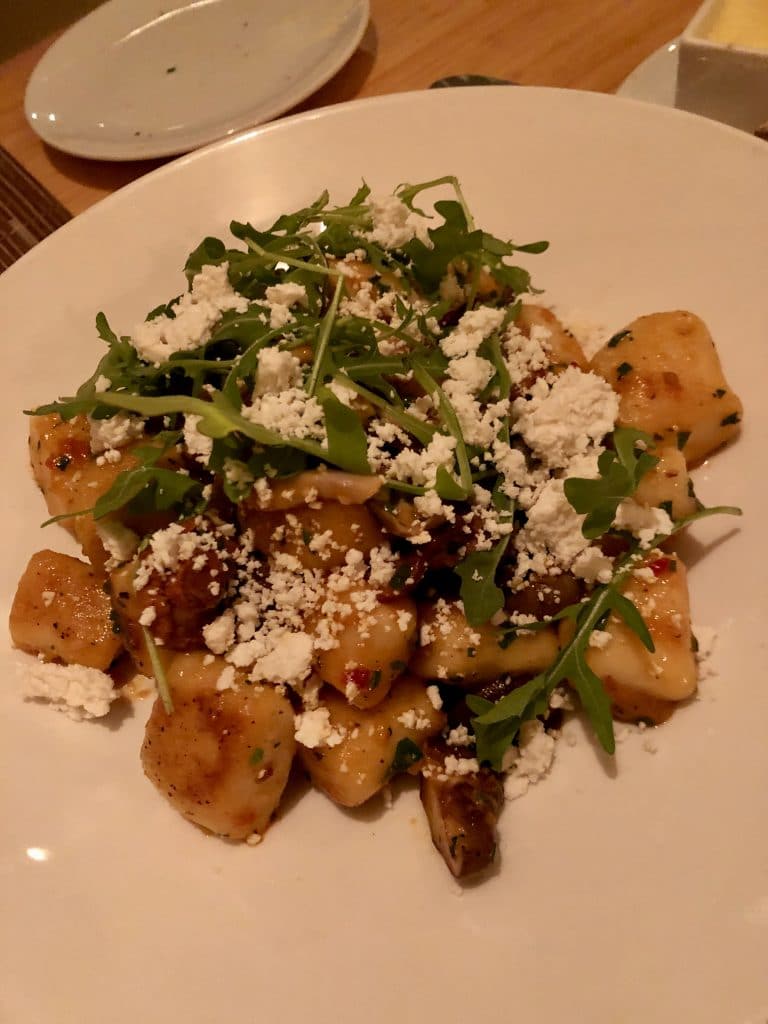 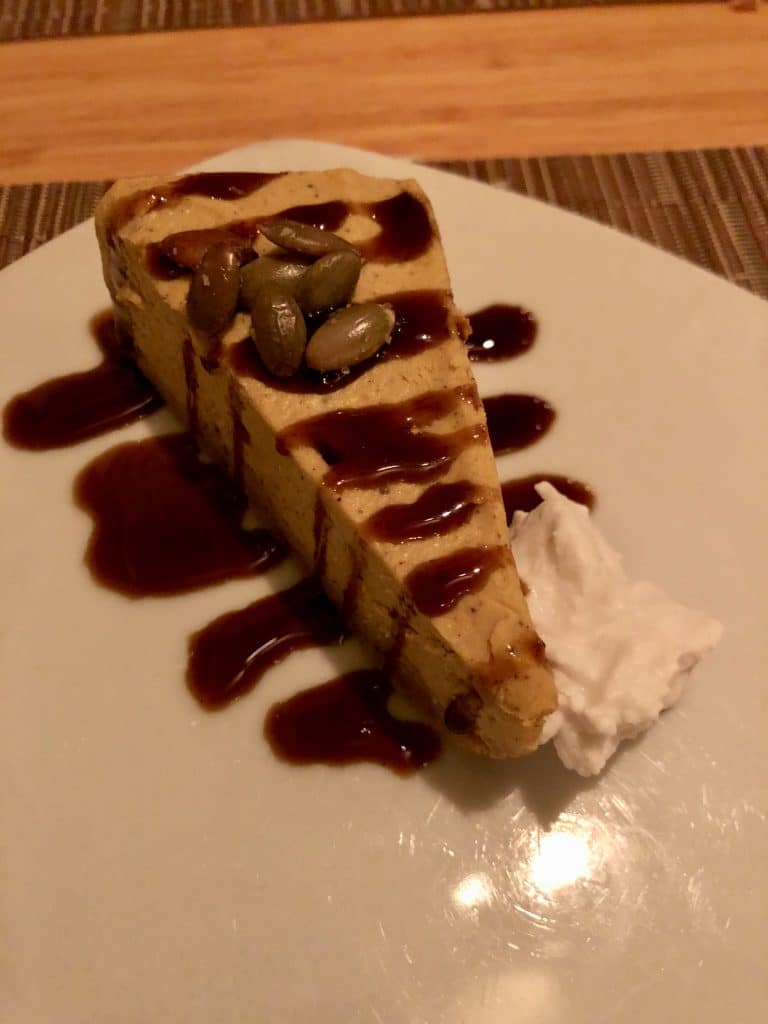 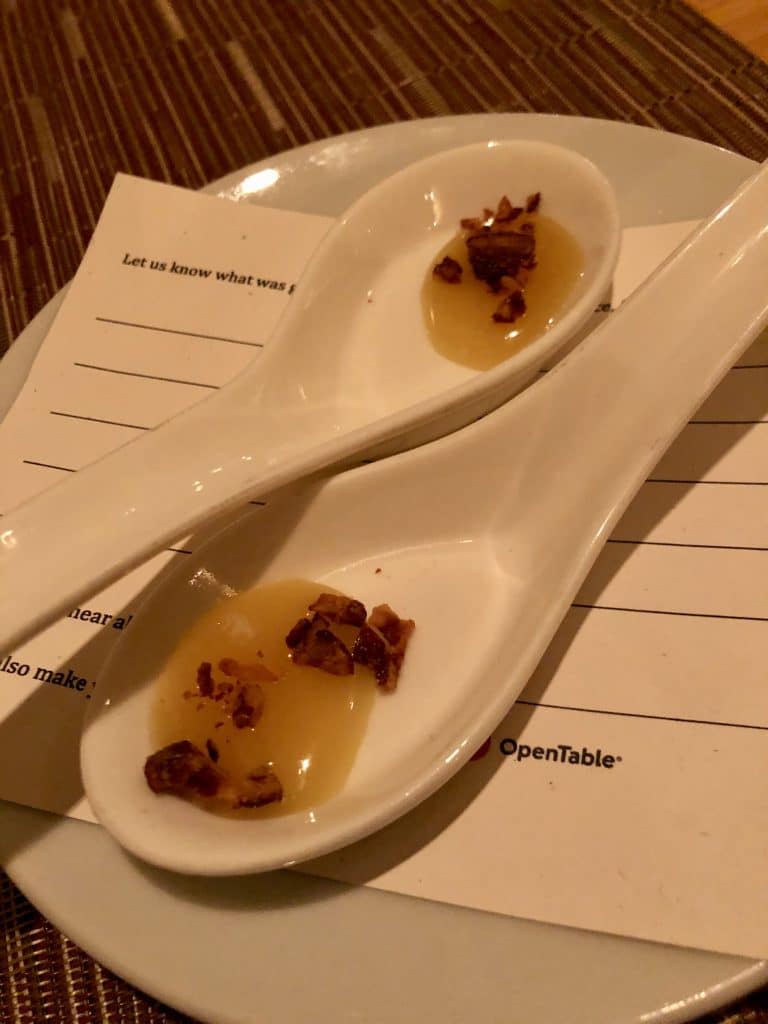 Nepalese in the neighborhood: Himalayan Sherpa House. Interesting menu with items you’ll recognize…naan and gulab jamun but others that you won’t…momo and Himalayan noodles. So, try something different. My choices...

A cyclist must stop: Black Diamond Bakery. Established in 1902 and it’s still here so you know it has to be good! Their building takes up most of “downtown” Black...

Sushi spot downtown: Hooked. New option for raw fish that opened in Feb 2021. There is a sushi bar in the back with tables as you enter. The menu is...

Another pizza option: Pizza Campania. Not on Main Street like many of the options but this spot is located just north near the fairgrounds. The pizzas are wood fired and...

Vegetarian in Bozeman: Farmacy. Nice new spot off the Main Street area with a vegan and vegetarian menu ranging from grain bowls to tacos, all done sans meat. Food was...

Another Main Street eatery: Copper Whiskey Bar and Grill. Descend to the basement below street level and before you is one of the better places in Bozeman to grab a...

Inside Huckleberry’s Natural Market: 9th St Bistro. Recommended by a friend and, it was spot on. They have, “ever whacha need” from breakfast choices to sushi including plant based burgers...

Mochi doughnuts: Dochi. When it opened about a year and a half ago, the line was out the door so I waited for things to settle down a bit. The...

New kid on the block: Saint Bread. Recently opened to long lines; it’s very near my office and the reviews have all been very positive so, I had to try...

Just driving by: Tacos El Güero. In the parking lot of Met Market at Sandpoint and it was lunchtime so, why not? My choice this visit were the carnitas which...