The restaurant scene is expanding on almost every visit to the historically quiet (previously deserted) downtown core. But just like many older cities, millennials are revitalizing them by demanding restaurants, bars and coffee shops and places to exercise close to where they live. This city is no exception.

Best described as Asian fusion with a tilt to Japanese cuisine, the menu here is small plates but with some unique offerings. We we were a large party so we sampled much of the menu with only a slight brush with more traditional Japanese fare, that is sushi.

The lineup included pork momo (steamed Nepalese dumplings) served with a spicy ponzu sauce…..made the dish, grilled edamame…..as expected and the KFC lollipops. Ok, ok, I know you have to be asking….what the heck is that? Kathmandu Fried Chicken…..of course….it’s not the other KFC…..Asian fusion, remember! The house sweet dipping sauce served alongside was outstanding and perfect for the dish. The night was rounded out with veggie lumpia (Filipino spring rolls), grilled pork with Brussel sprouts served over a bed of sushi rice with eel sauce….made the dish and beef skewers. They were solid but not outstanding. Finished with….finally….some fish. Our choice was the Vulcan roll with a side of snapper sashimi. What’s a Vulcan roll you ask? Spicy tuna, crab, cucumber, tempura topped with hamachi, serrano peppers, scallions, and a spicy aioli…quite a roll! Why Vulcan….Roman god of fire and the symbol of Birmingham. Atop Red Mountain is his statue which is the largest cast iron statue in the world.

They have an extensive sake and wine selection with whites a mixture of old and new world and reds almost exclusively from the US.

Service was excellent and the space and decor was spot on. 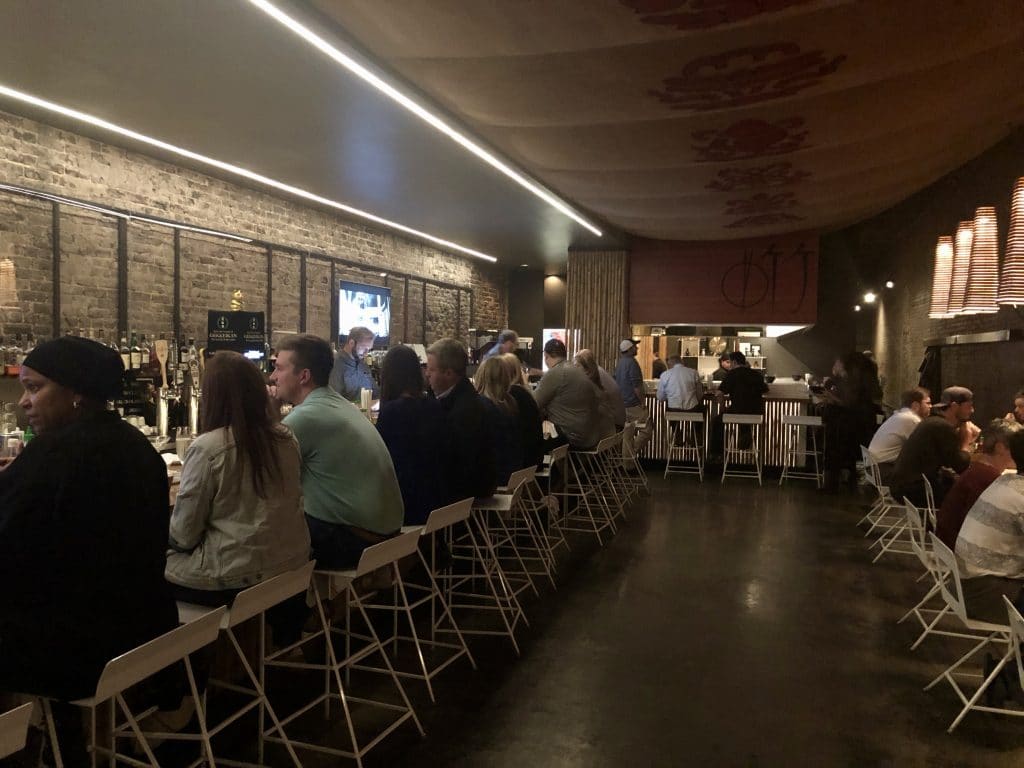 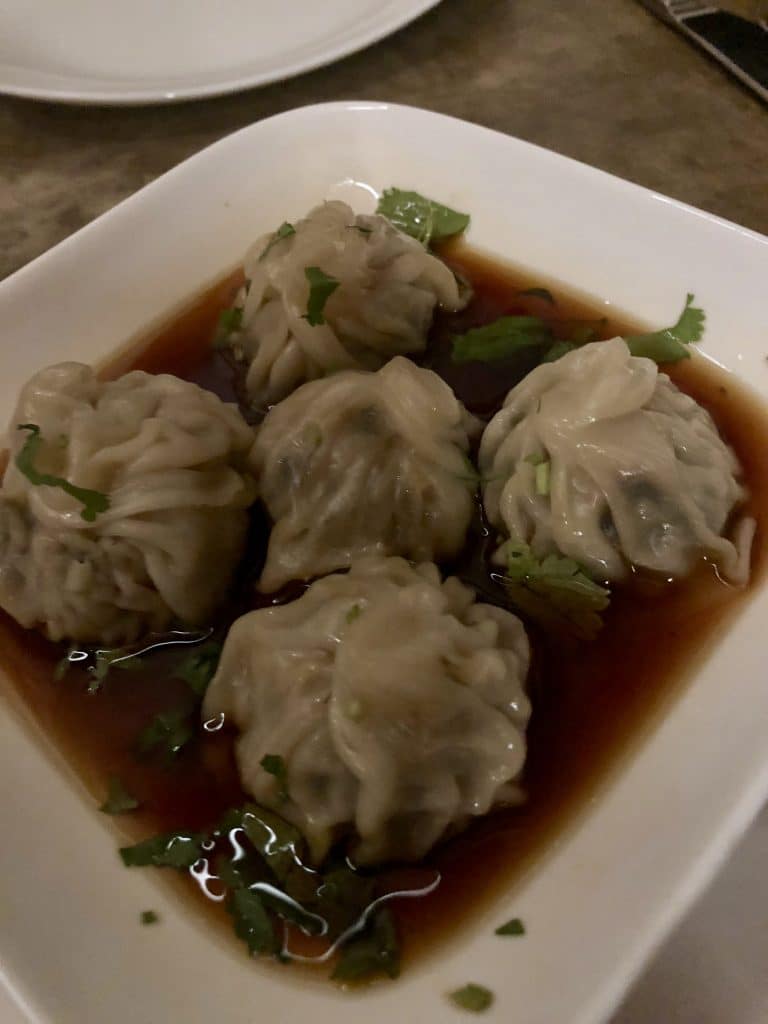 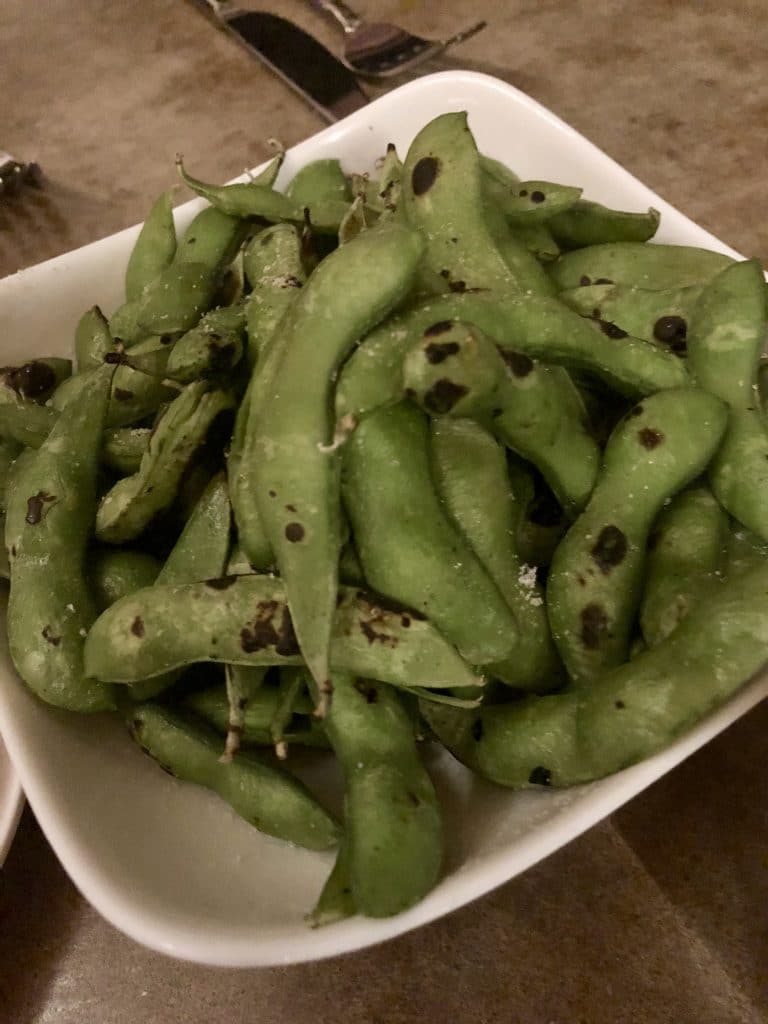 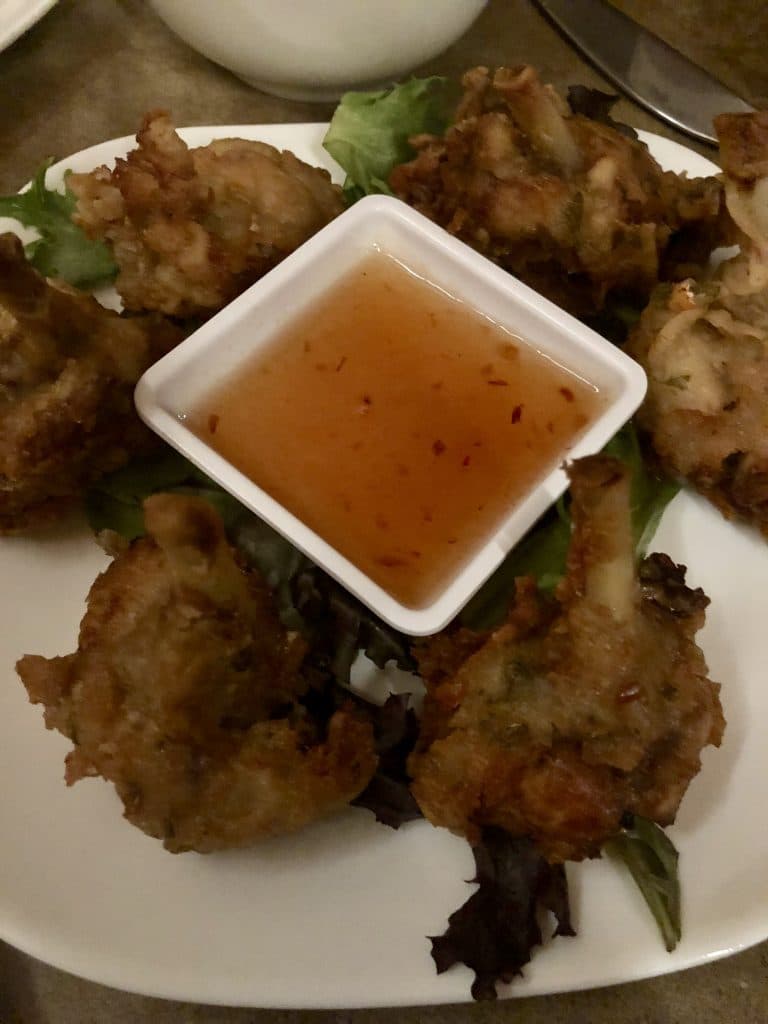 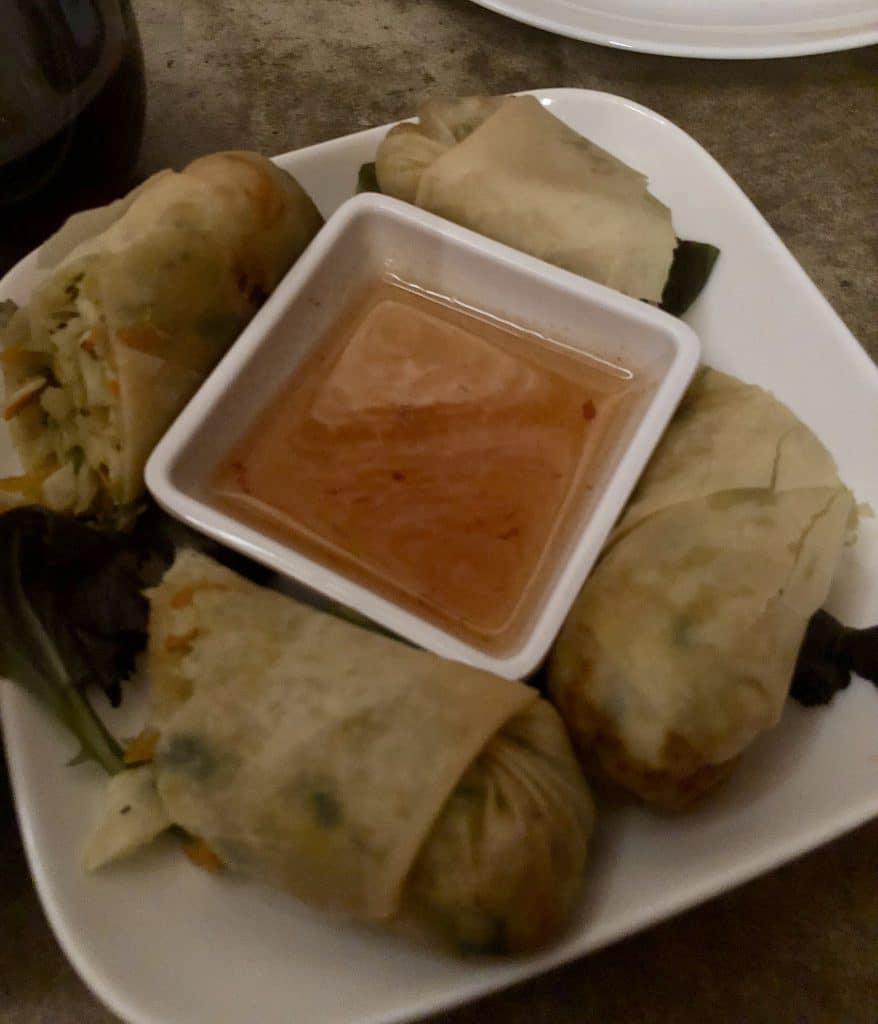 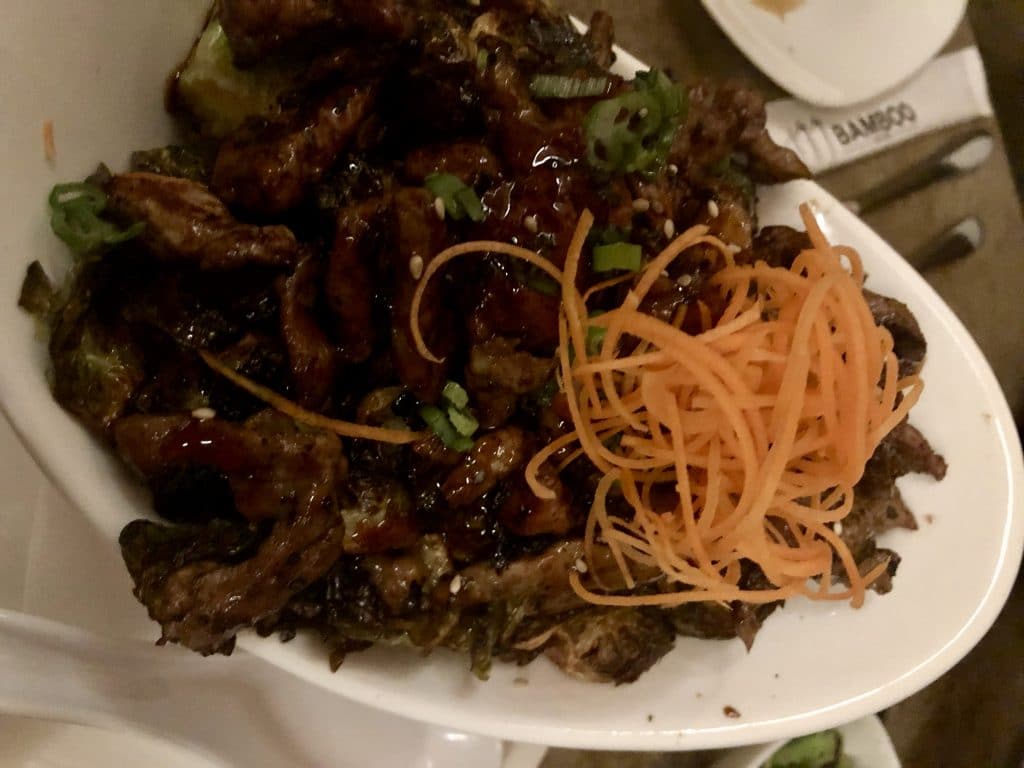 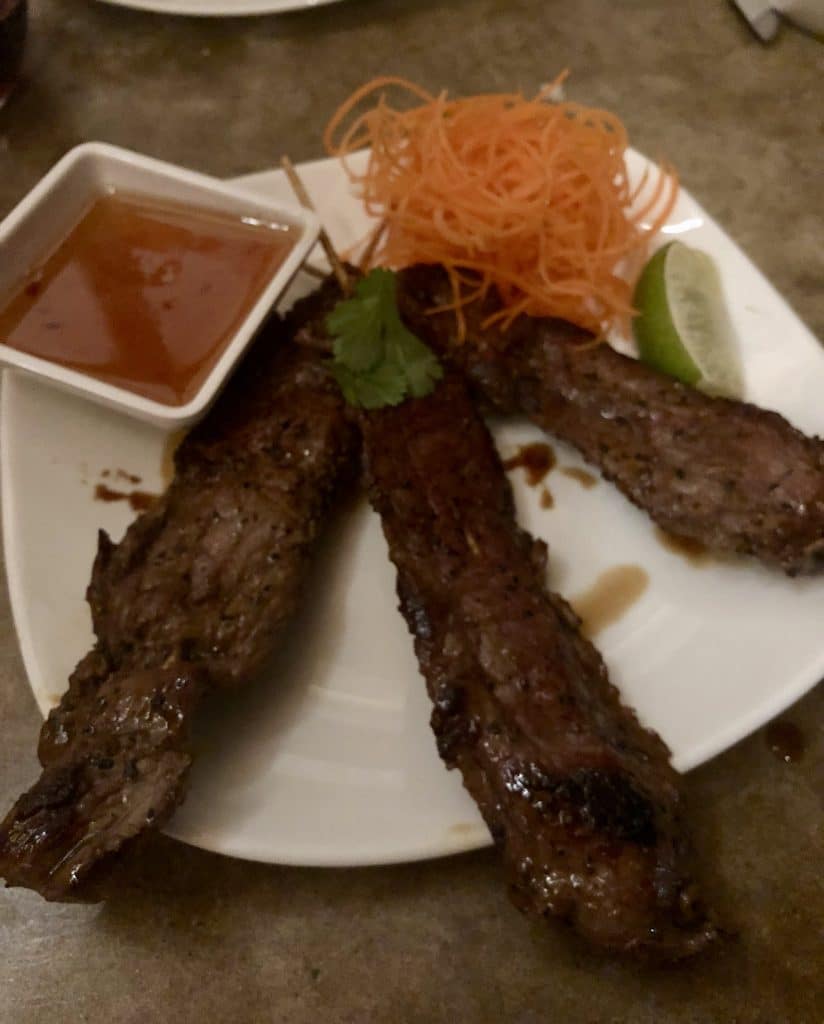 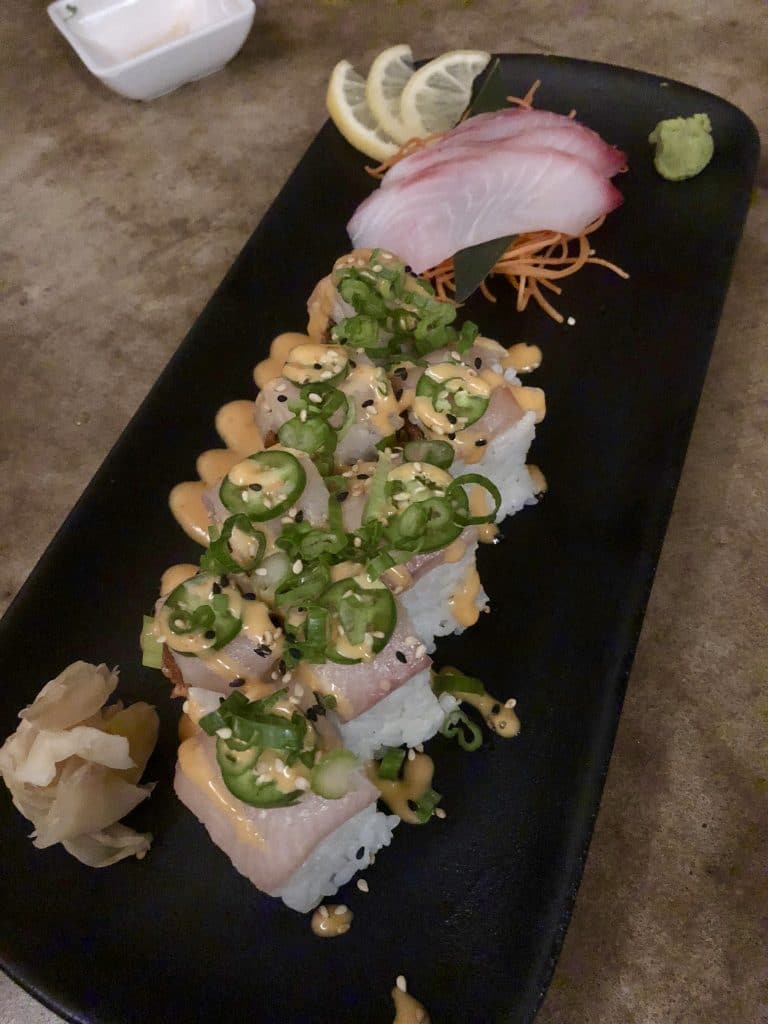