Described as an oyster bar with small plates and focused on the cuisine of Normandy and Brittany; it’s located on lower Capitol Hill next door to Bateau.

Interesting menu focused on seafood but with other meats as well. While the selections are limited, they are all very interesting. Started with Hama Hama and Fanny Bay oysters followed by the baby lettuce Dungeness crab and apple salad served with a very fresh vinaigrette. Next was the black cod with leeks and turnips on a bed of piquillo peppers which gave it a bit of sweet flavor with crispy quinoa adding mild crunchiness. Since this place is all about small plates…the plates continued. Next up were frites with classic garlic aioli. At that point I had had my eye on the fried fish skin and I couldn’t resist them any longer. The dish arrived with a flair to the bowl containing Kenai Peninsula King Salmon skin, radishes and salmon roe. Salty and light despite being fried with an interesting flavor and texture.

Then we were off to the highlight of the night and a must have…..the lamb “pré-salé”. The dish was made to reflect the flavor of lamb from the salt marsh area of Normandy. This preparation was brined, smoked and very thinly sliced then served on a bed of sauce gribiche. The lamb was perfectly delicious and cut like prosciutto, which was heavenly when combined with the gribiche. Our wine was an outstanding 2015 Château d’Oupia minervois rosé.

We finally ended with a sampling of the desserts: canellé and the profiterole which was dressed out with honey ice cream and lemon icing. The canellé, in my opinion, is better had without the side of rum which overwhelms the bread pudding flavor of the dish.

While a service charge was included in the check, service was excellent. 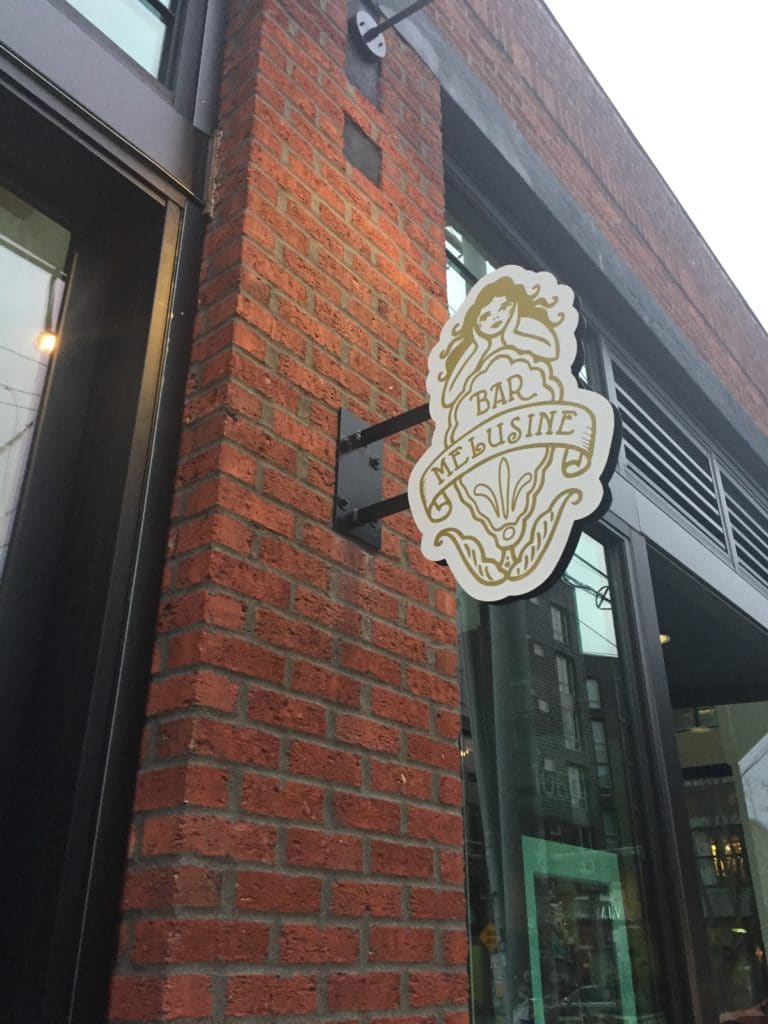 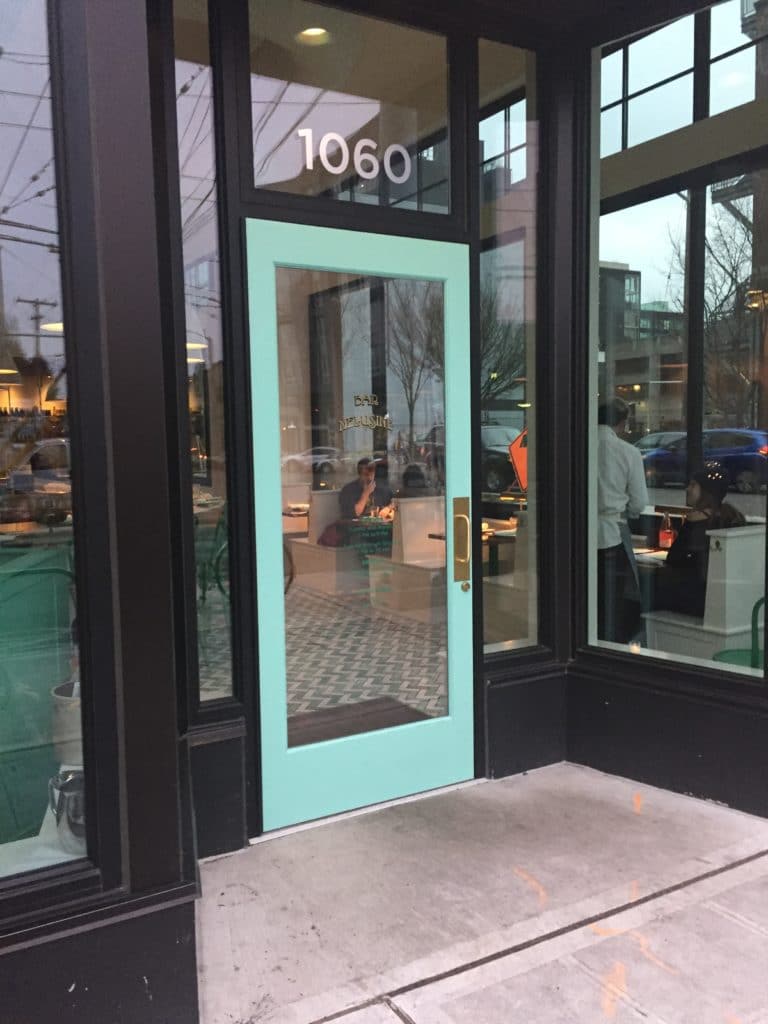 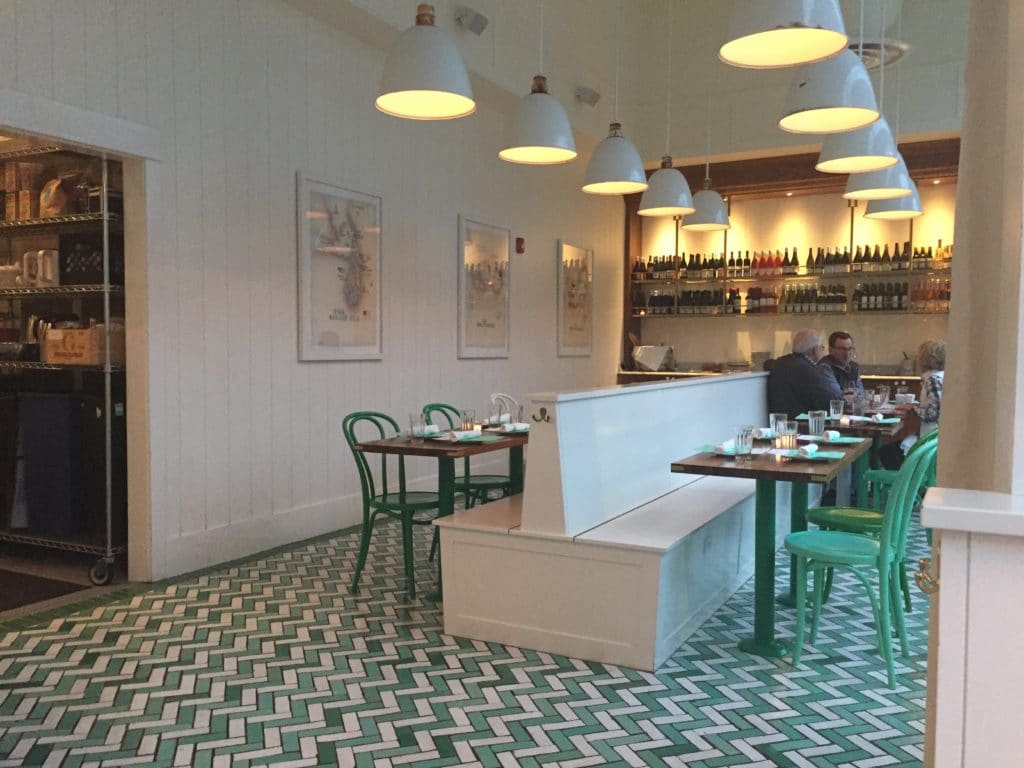 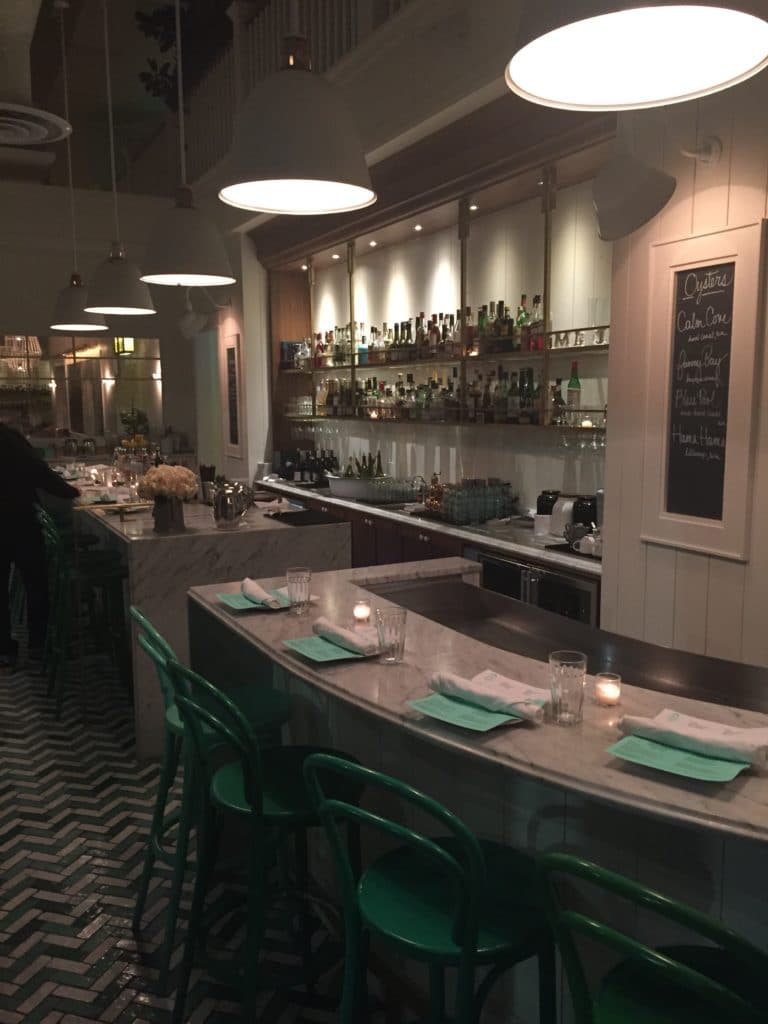 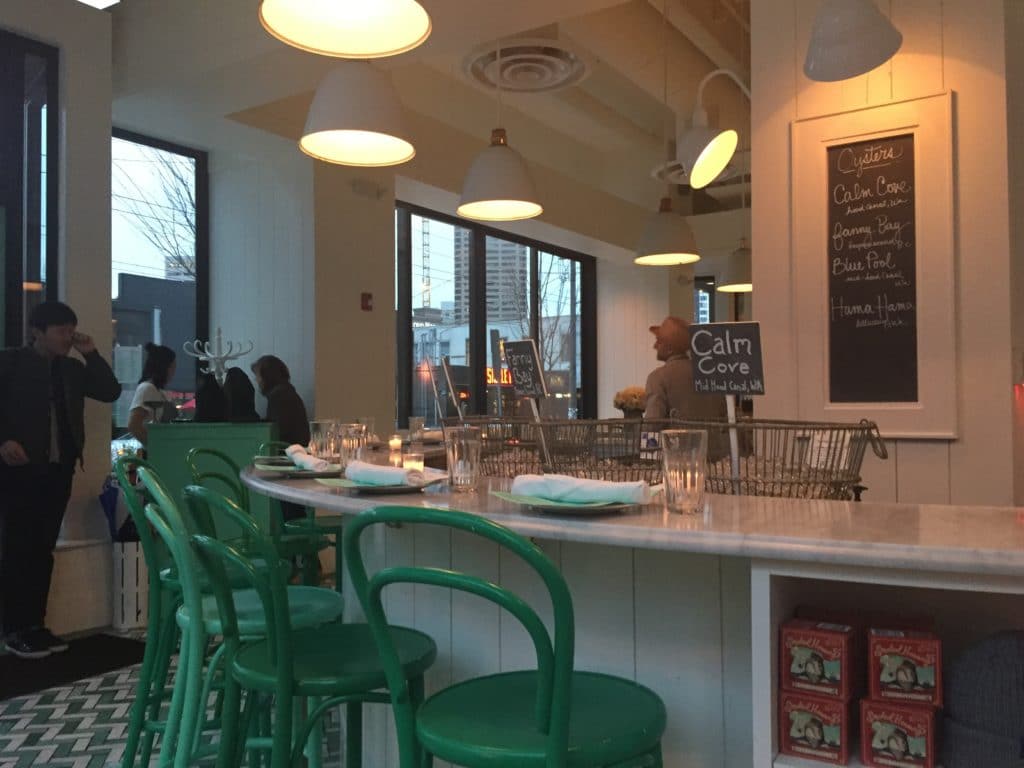 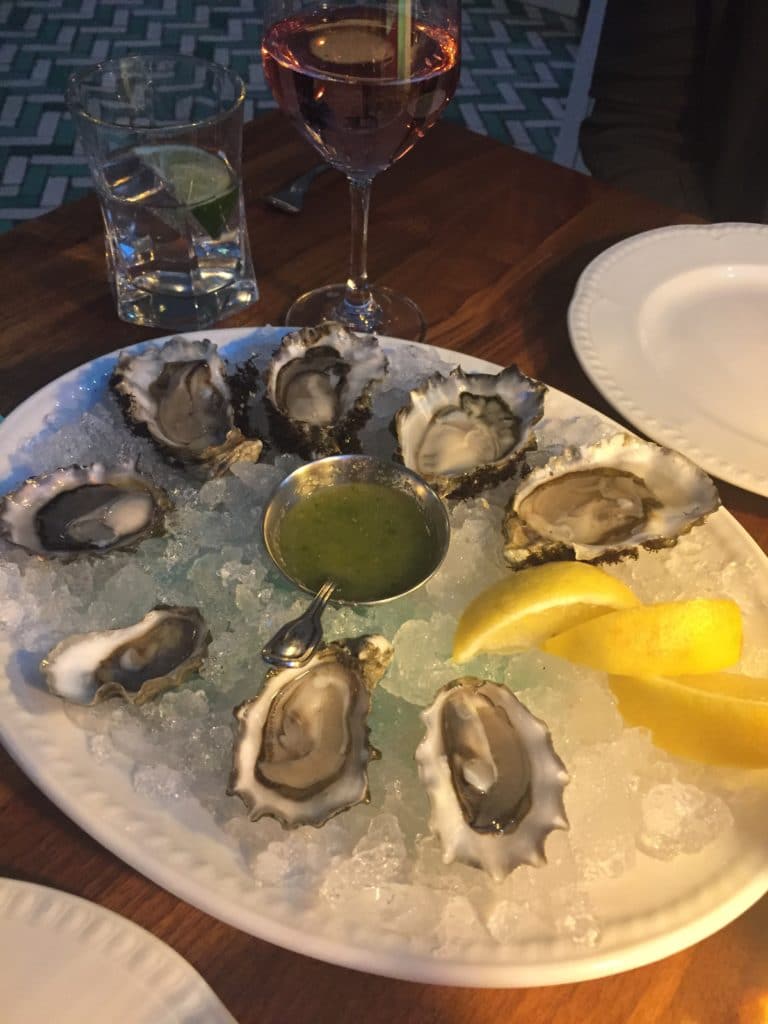 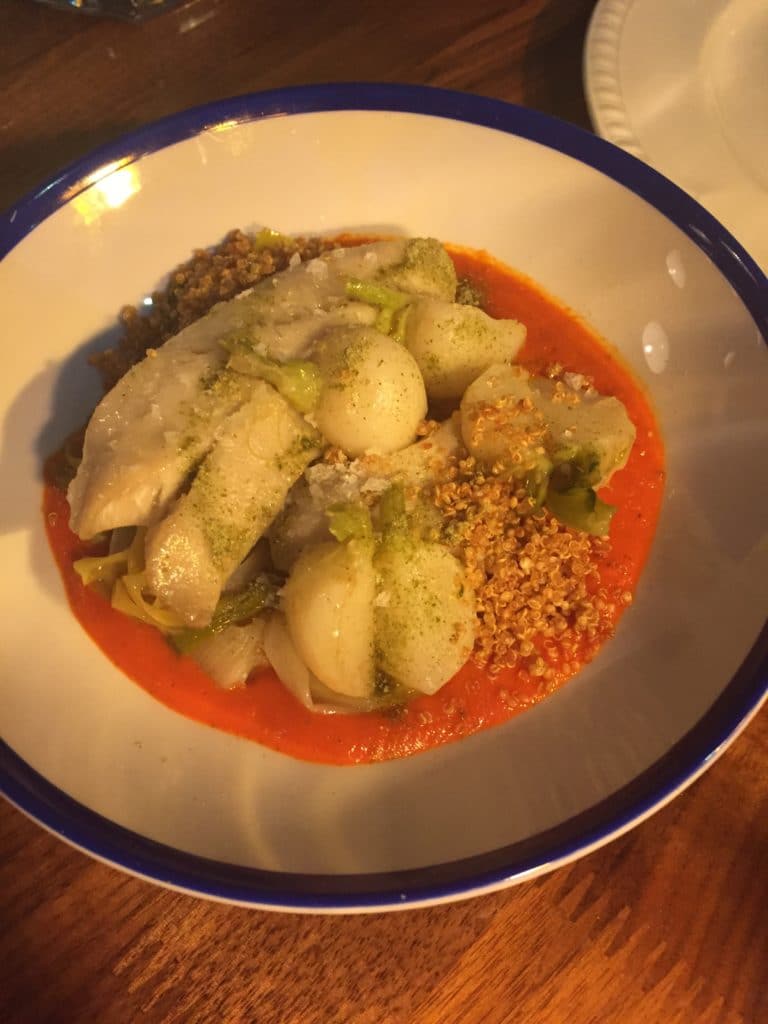 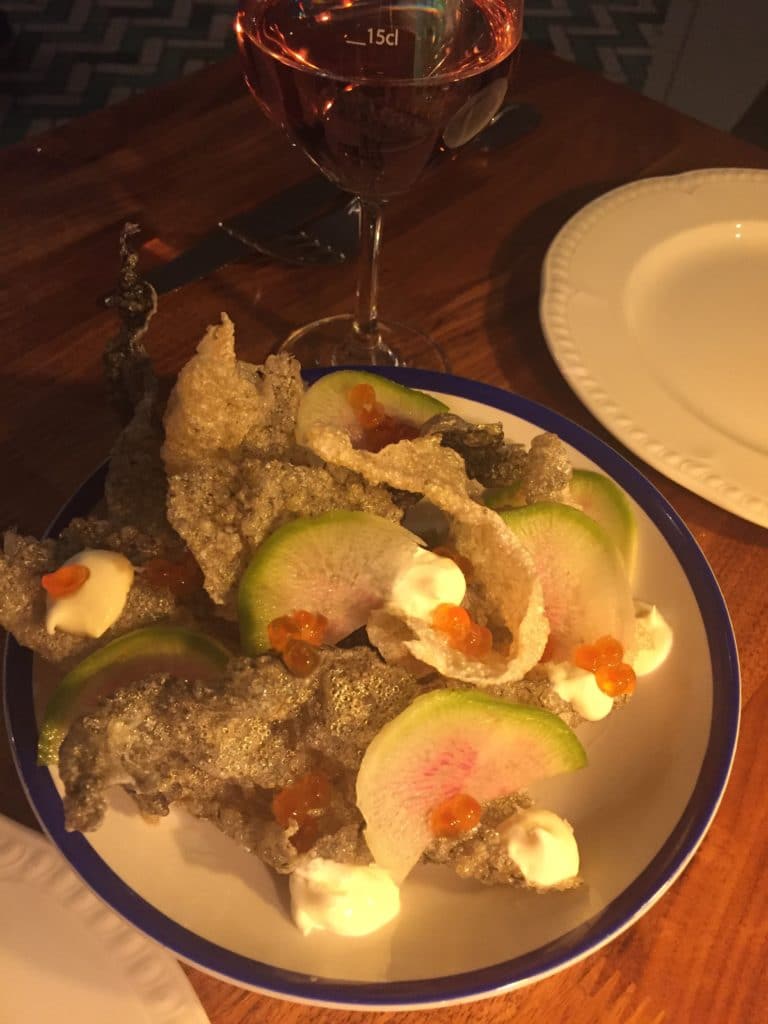 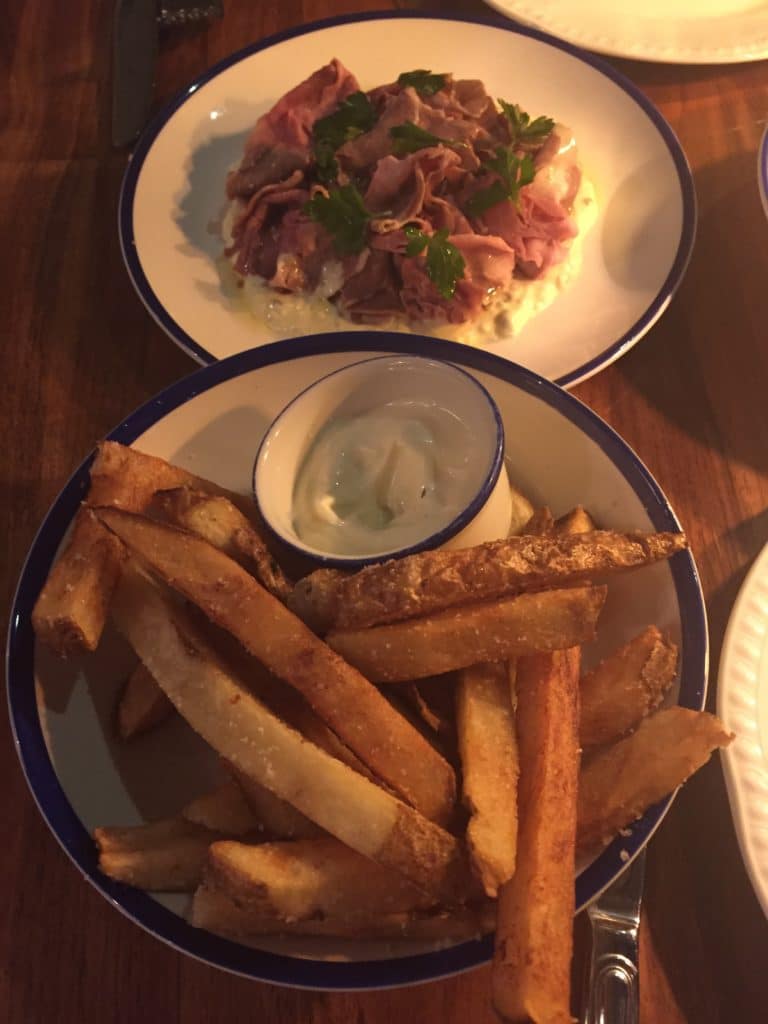 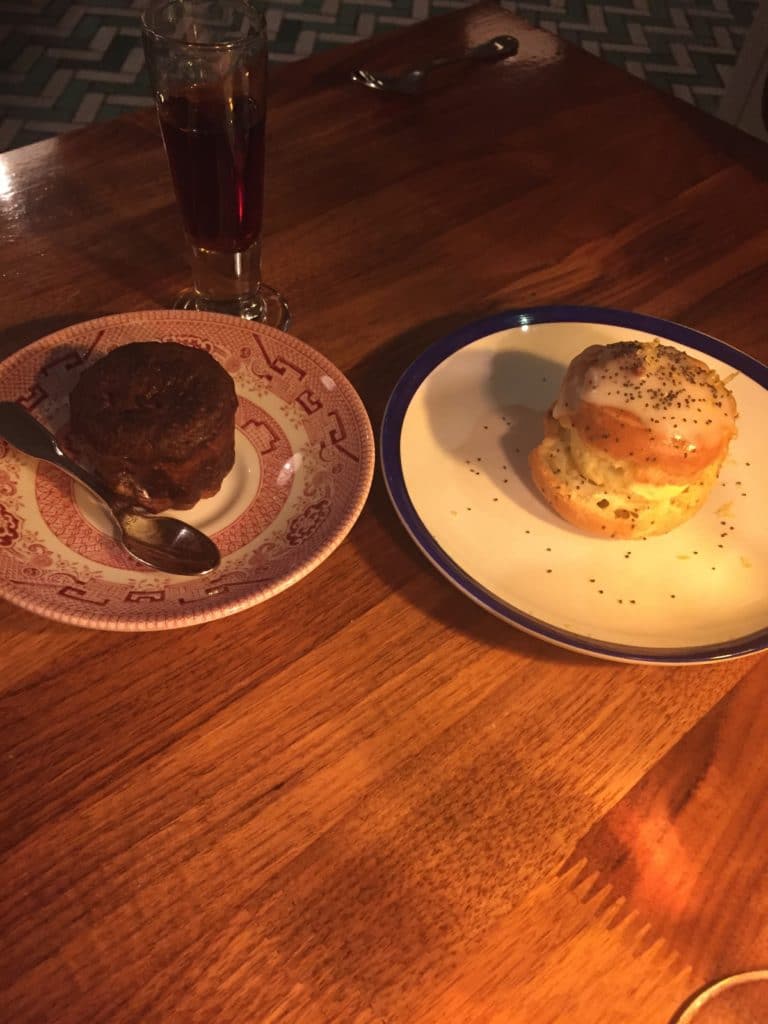