Southern food downtown: The Hart and the Hunter.

I felt compelled to visit this place….advertised as the second location of the original in LA and they both serve Southern inspired food….Southern LA….my Southern readers will get it….or Southern food? Sounded a bit odd but why not?

Located in the recently opened Palihotel the space is inviting combining the old (originally built in 1898) with the new….a splash of mid century modern decor.

We visited for brunch with friends and since the food is Southern inspired, I had to sample the shrimp and grits. The grits were of Anson Mills fame. The inspired part was and add of pine nuts and a sriracha like sauce instead of the more typical butter based chicken broth and some form of pork. It was creamy, spicy and, at this time, third on my shrimp and grits Seattle list. First on that list is the blue corn based example at Seattle Biscuit Company. Second is Pomegranate Bistro. I also had the opportunity to taste the thick cut bacon which was outstanding…a bit added to the shrimp and grits might have moved them to first place. Hint, hint.

Service was excellent and everyone went above and beyond to welcome and make us feel at home.

Make sure you take a peek inside the adjoining hotel. The space is very interesting and equally welcoming. 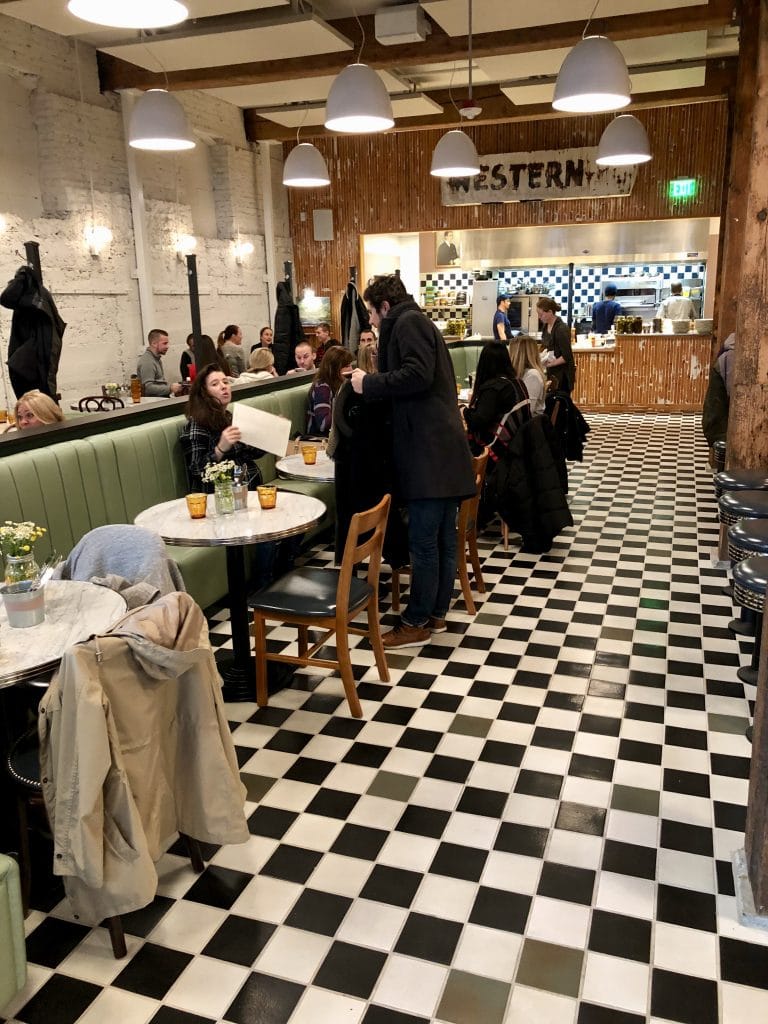 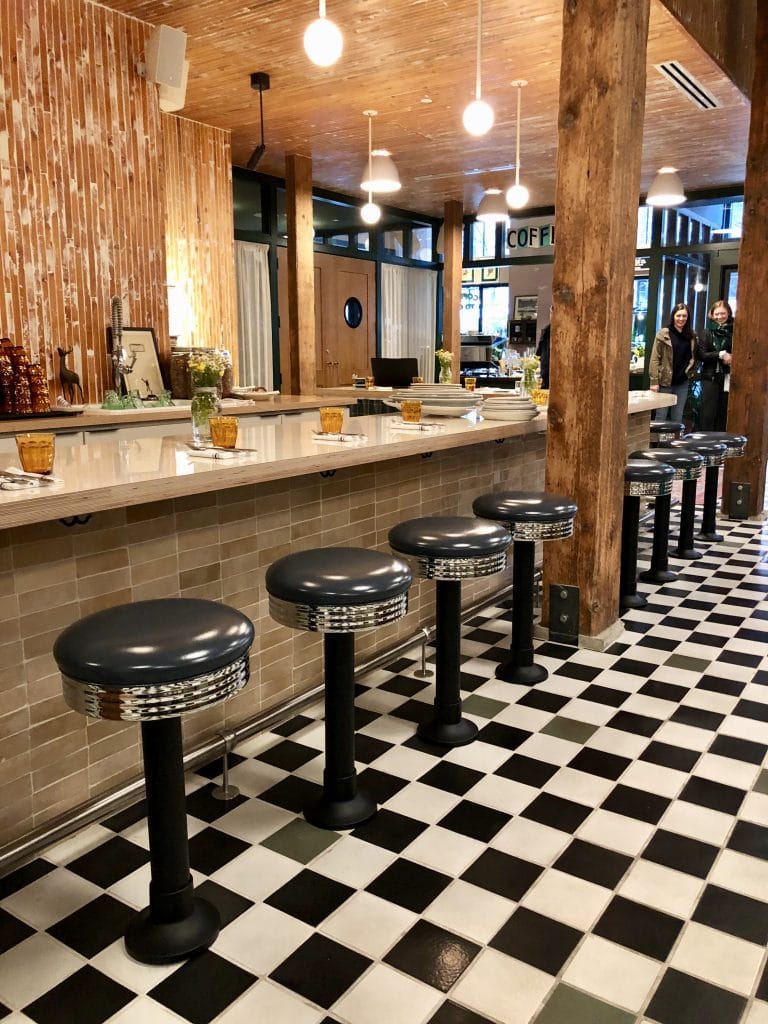 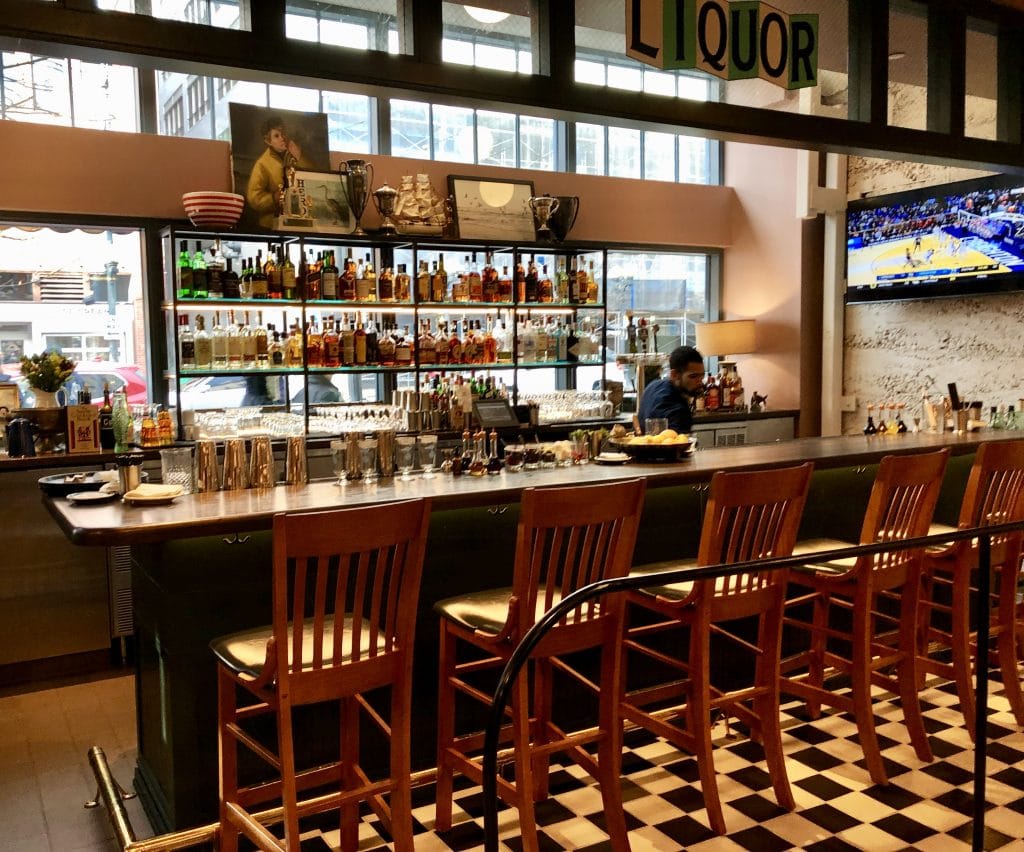 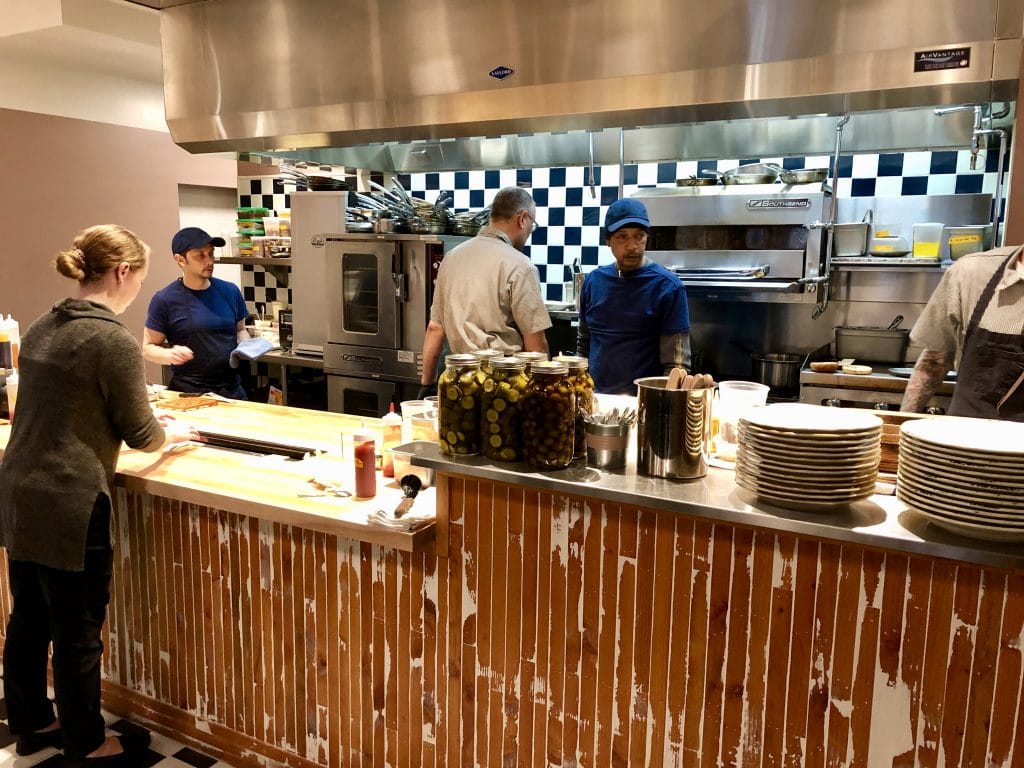 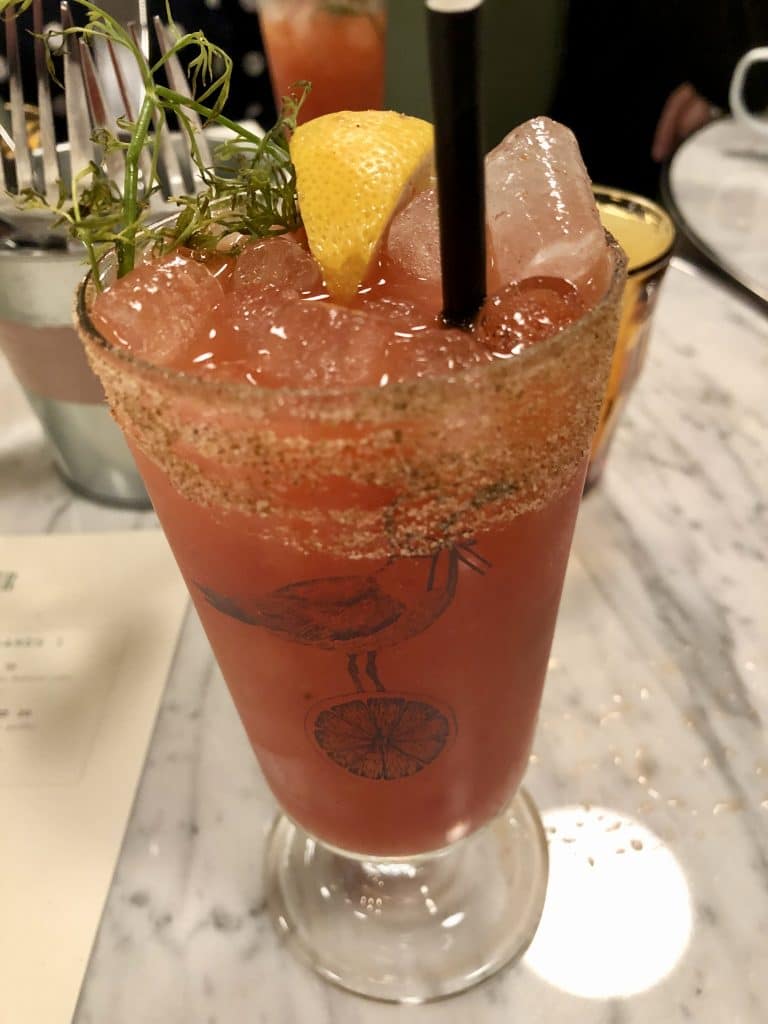 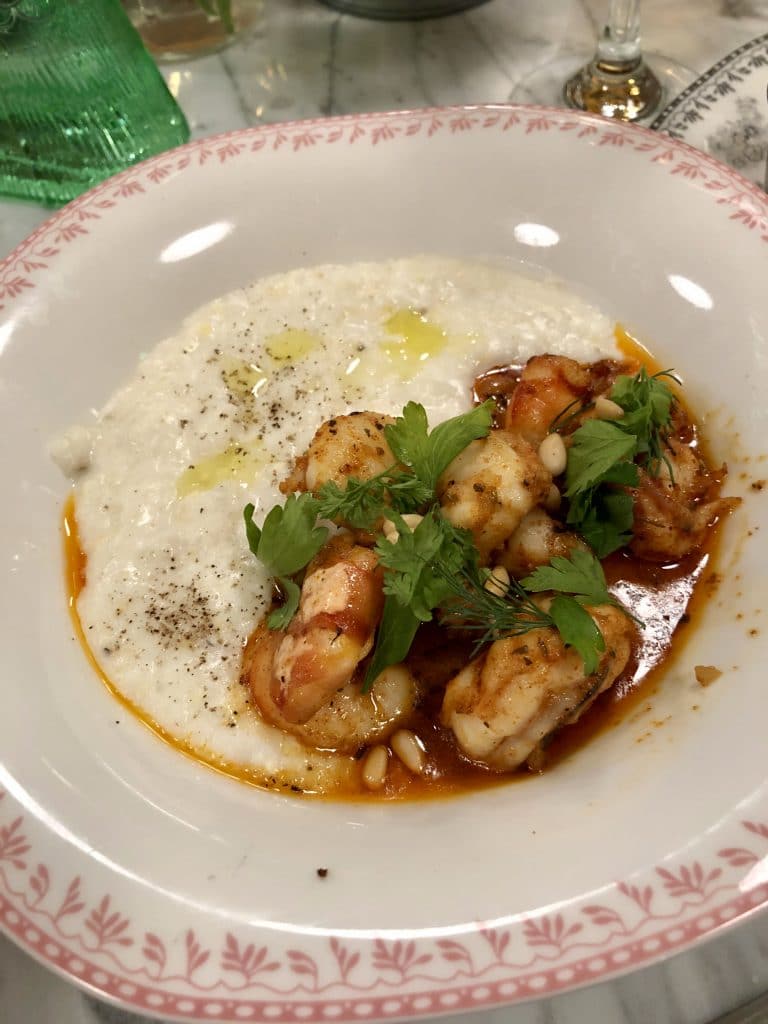 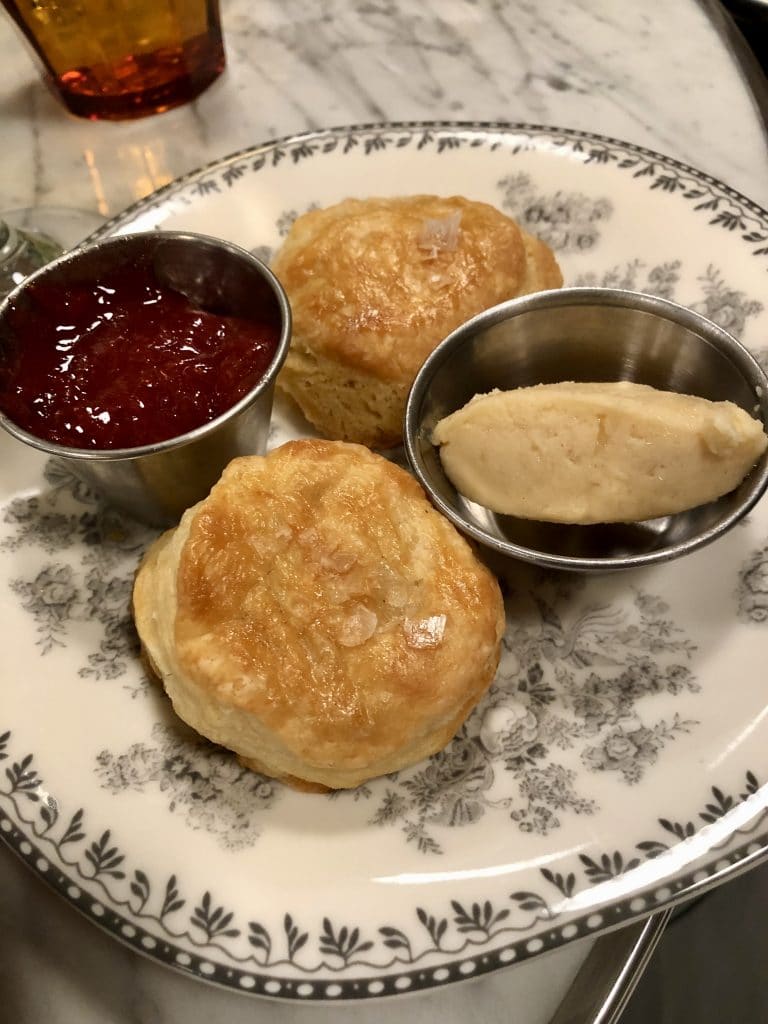 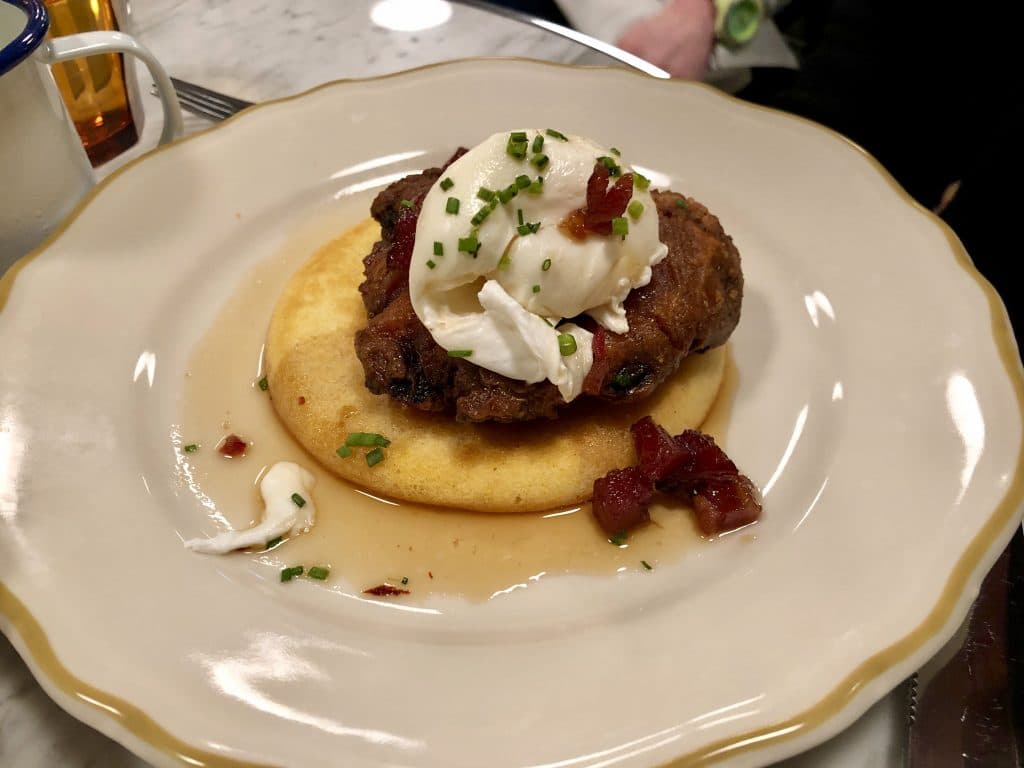 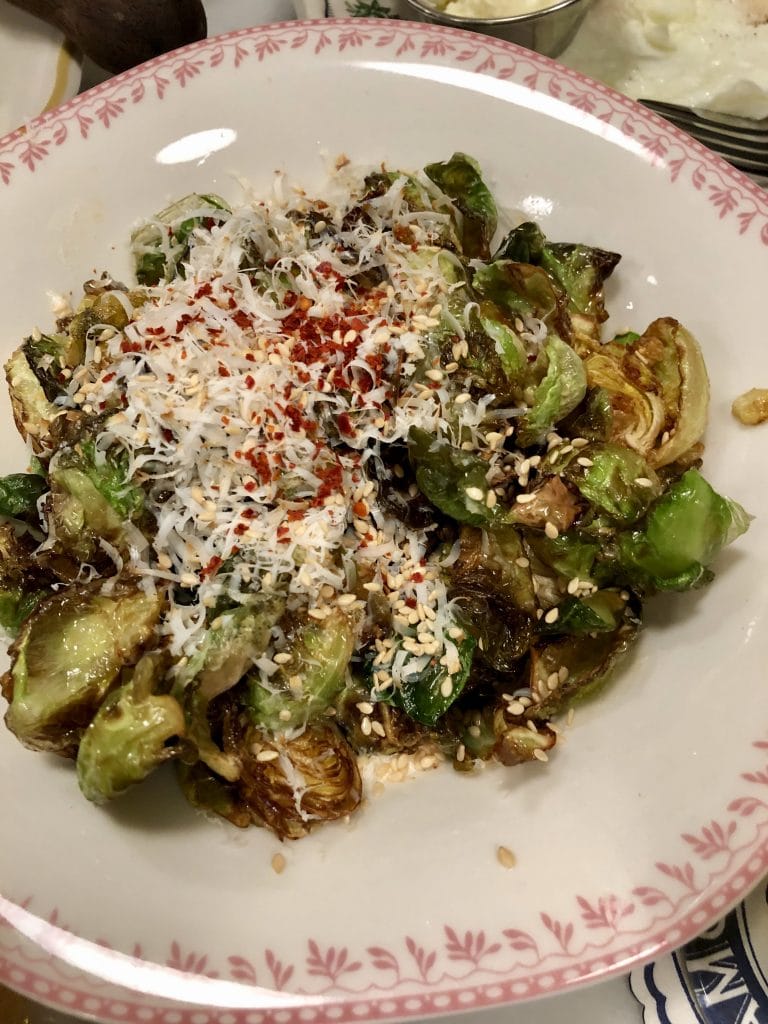 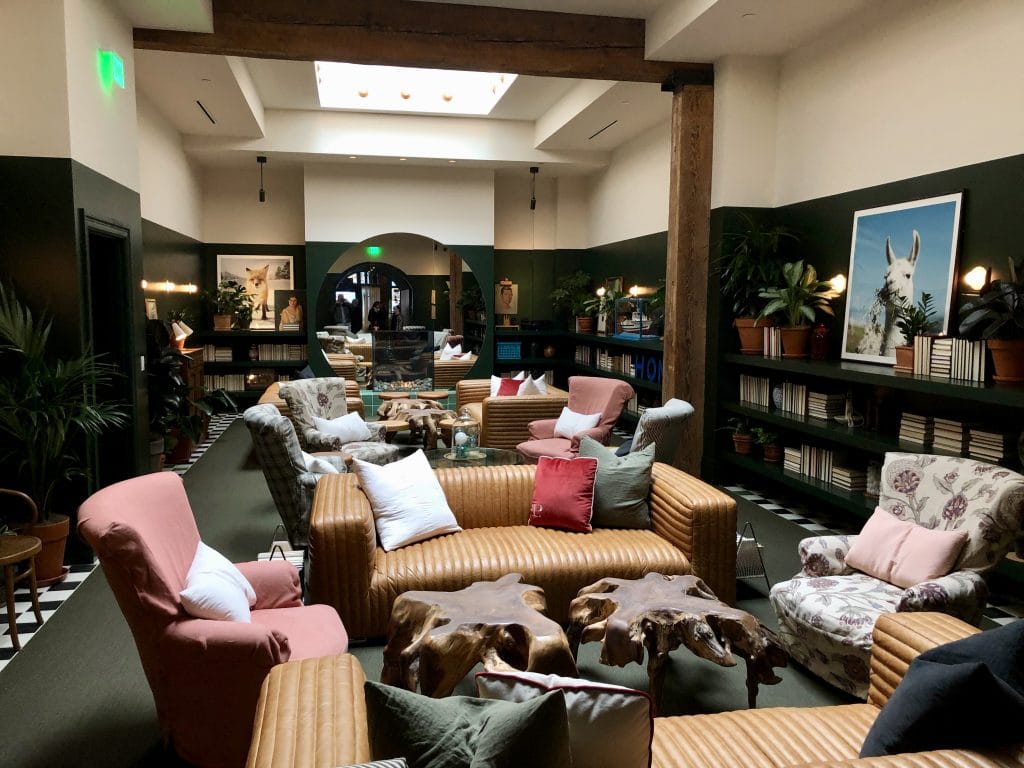