Vidalia was my go to place in DC and one of my favorite restaurants but it is no more. Honeysuckle opened about 2 months ago in the same space with an updated interior but a similar layout.

The food is described as Southern with Nordic influences and a French flair which, on the night I visited, presented a menu leaning toward seafood. That said, the choices were broad and included lamb tartare, duck, a veg dish and steak. Alas the shrimp and grits, a staple of Vidalia, were not offered.

I started with the foie gras which was outstanding, served on banana bread with a side of sunchoke marmalade….made the dish in my opinion. Followed this with the skate wing…think Dover Sole….which was served with cauliflower, shrimp, maitake mushrooms and sauce cardinale. I thought the sauce cardinale could have added a bit more spice to the dish but overall it was quite good and the portion generous. The wine selection was a Languedoc Grenache.

Ended with the buckwheat waffle which was perfectly presented and outstanding with the brown butter ice cream making the dish complete. The dessert wine selection was limited but the choice obvious: Inniskillin, a classic Canadian late harvest.

So while Vidalia is no more this is a good choice for fine dining in DC.

On a 2nd, more recent visit, the menu continues to morph away from the original restaurant and is now clearly of its own. Our choices were the hamachi crudo….outstanding with a watermelon sorbet and slices of the same between the fish made for an interesting pairing.

Finally the dessert…strawberries and cream, which was served on a pistachio genoise….with a unexpected twist…charred sugar bits…..quite an interesting add.

I have raised my recommendation to a must experience. 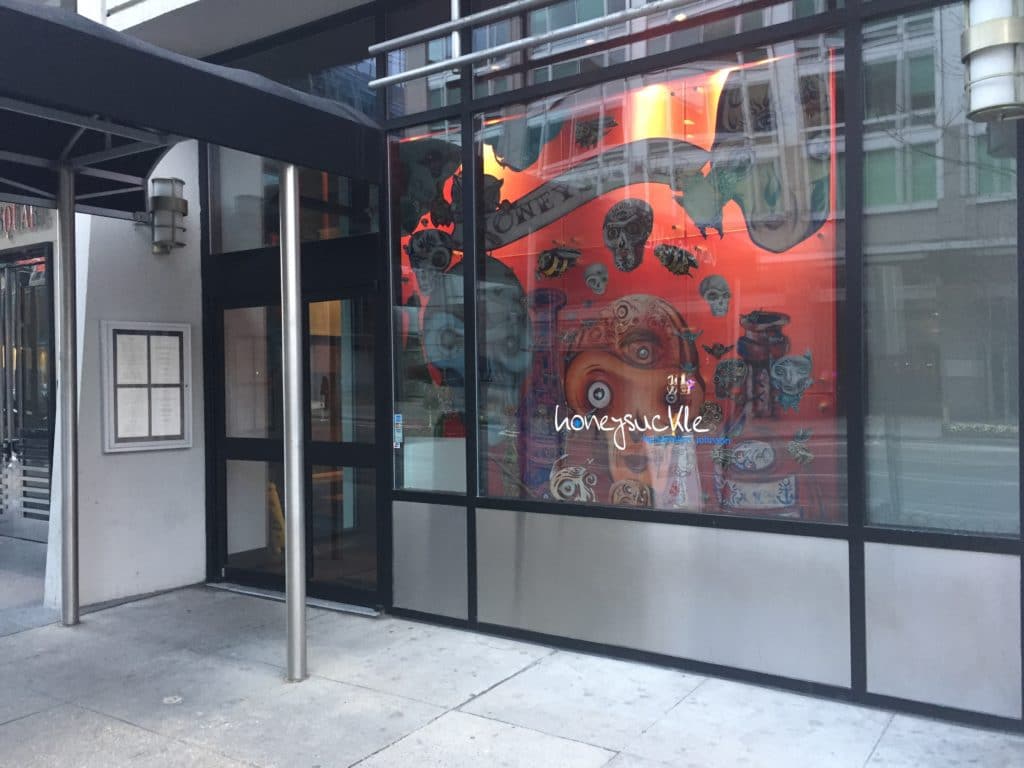 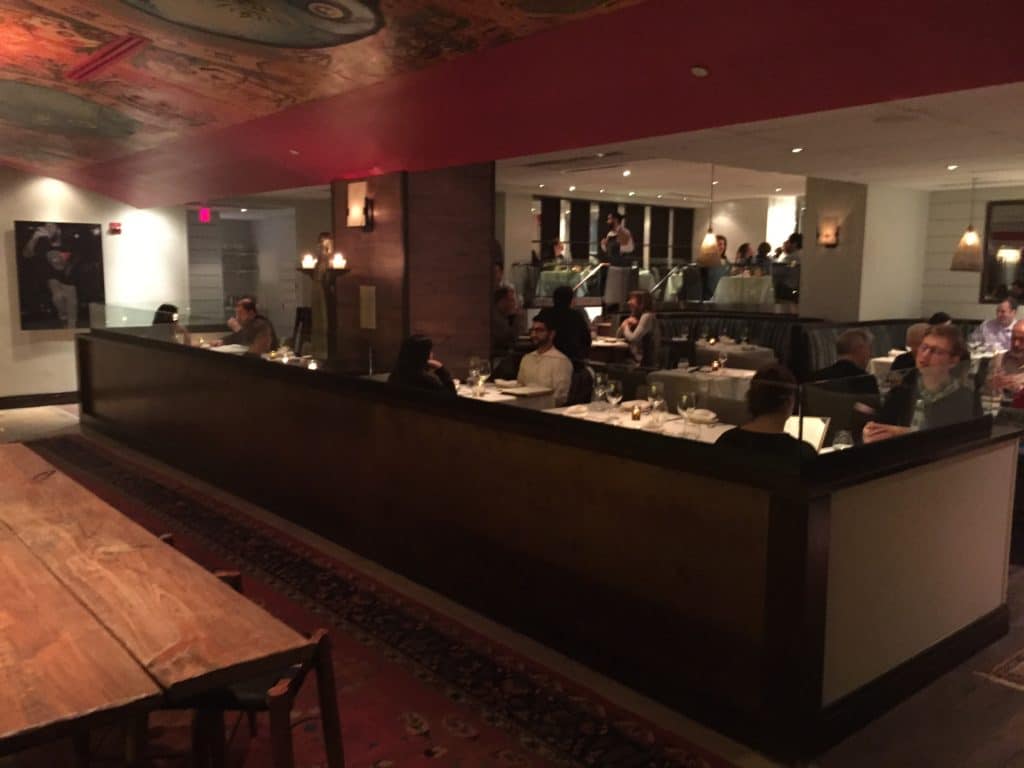 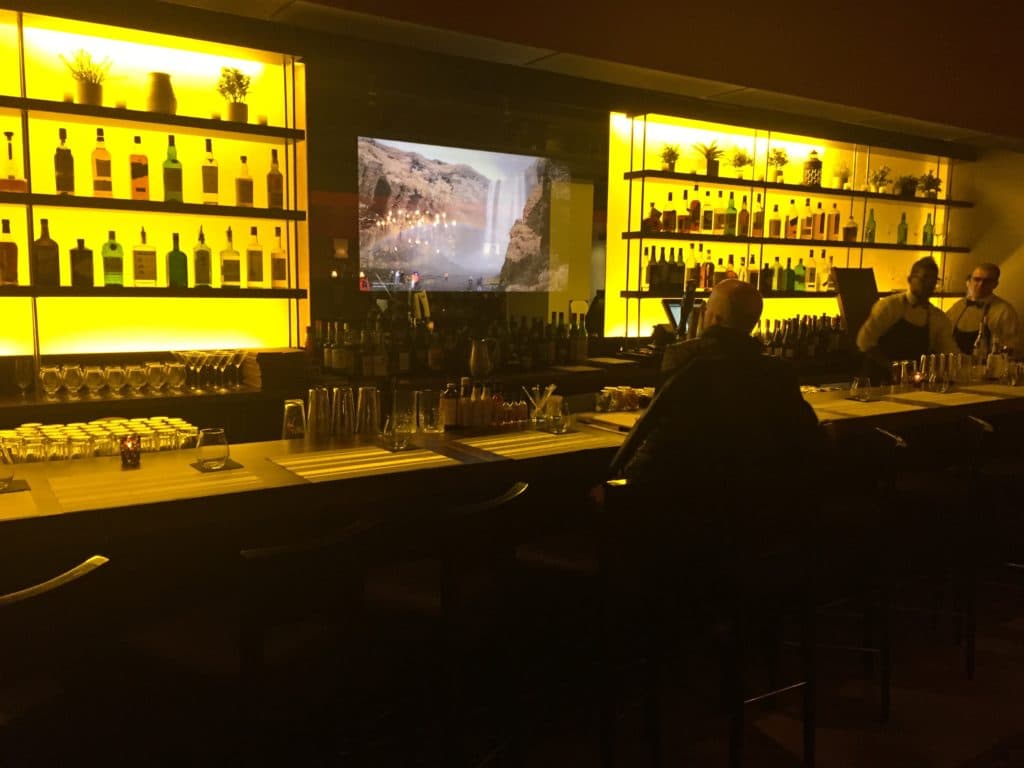 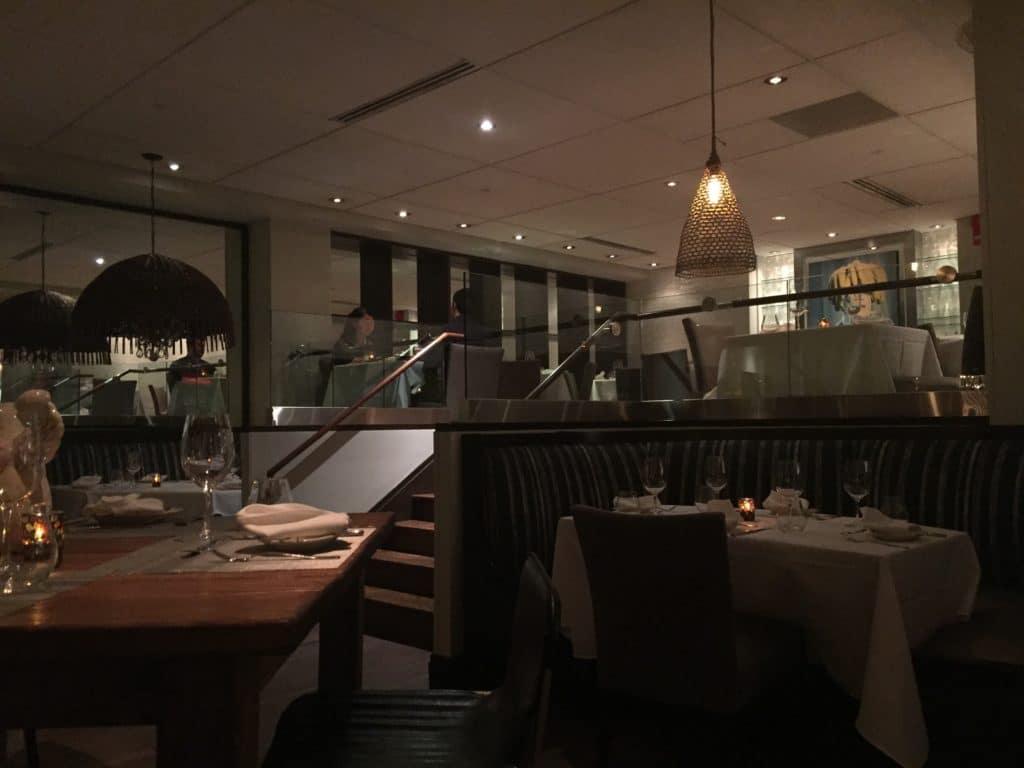 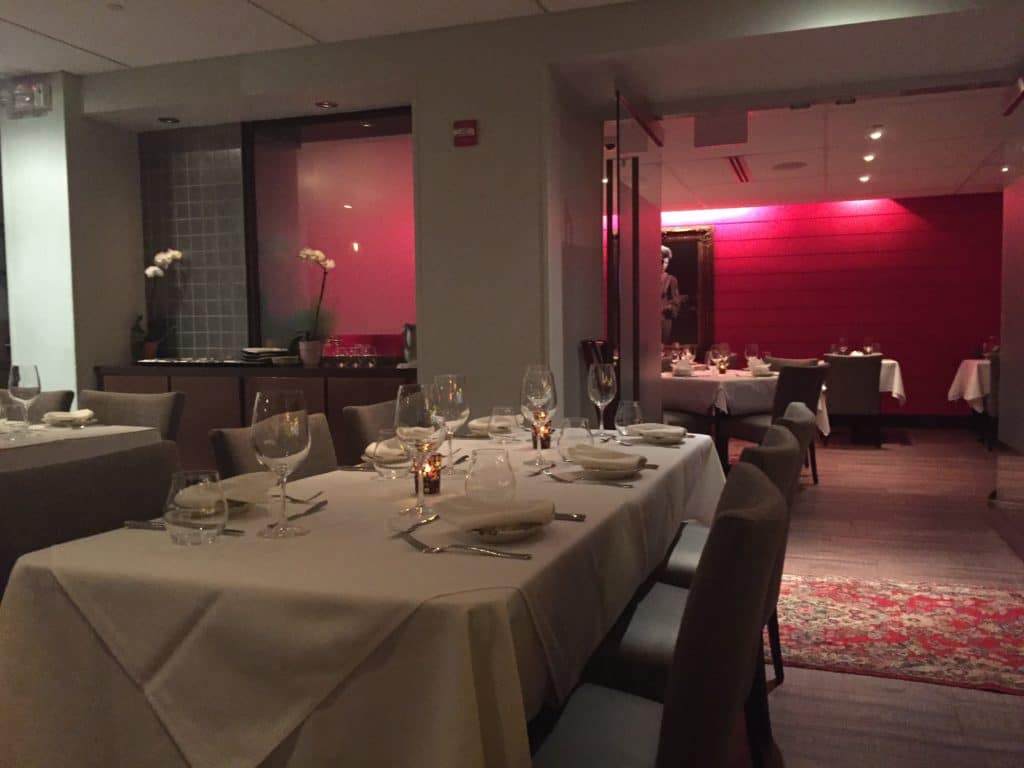 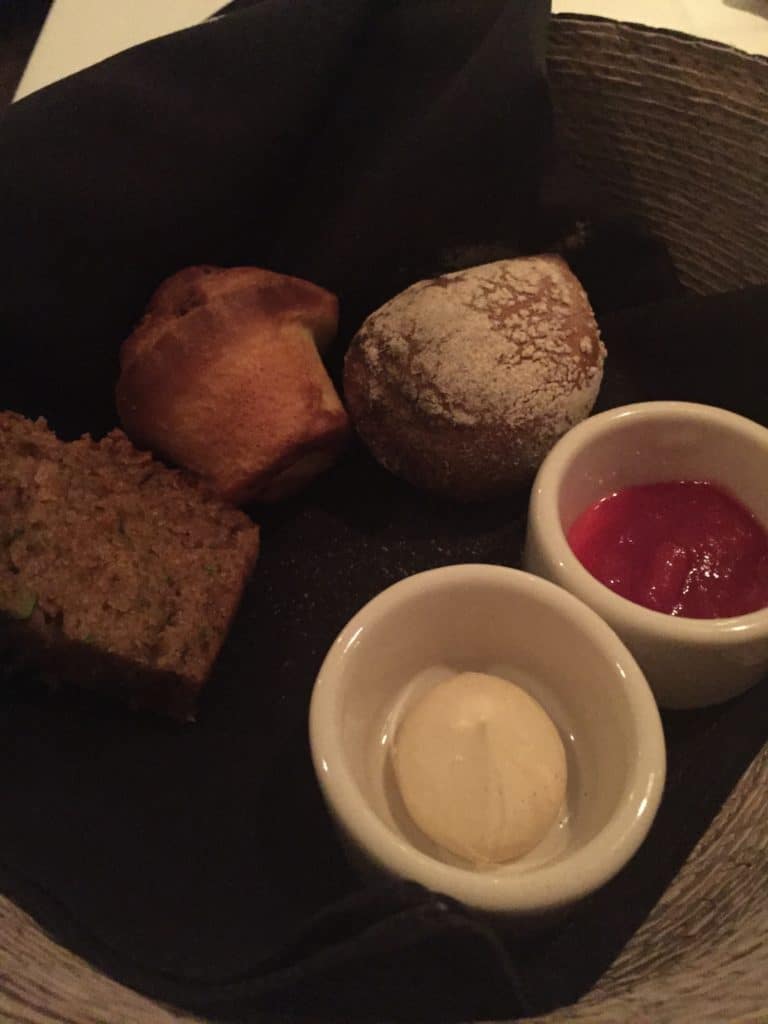 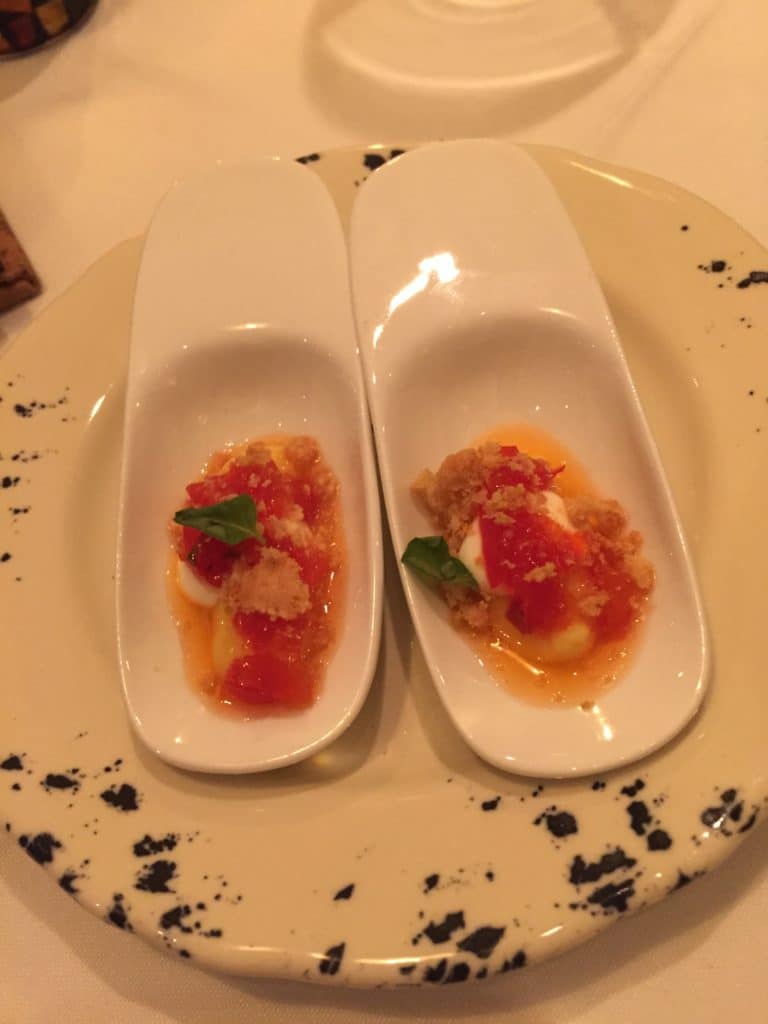 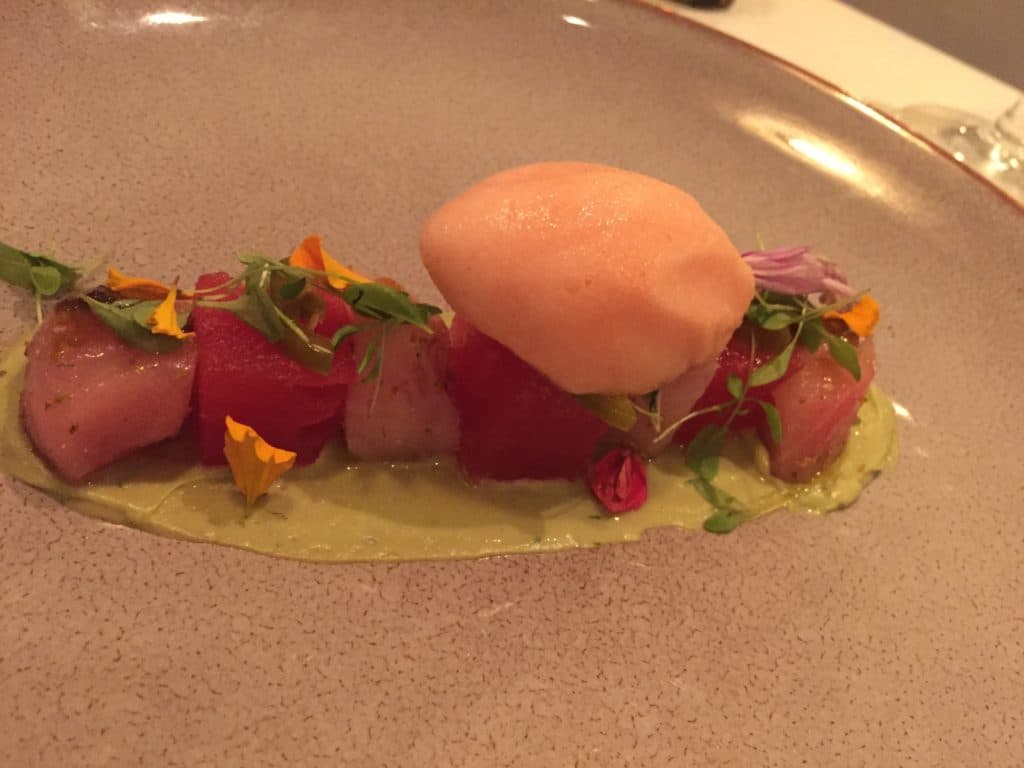 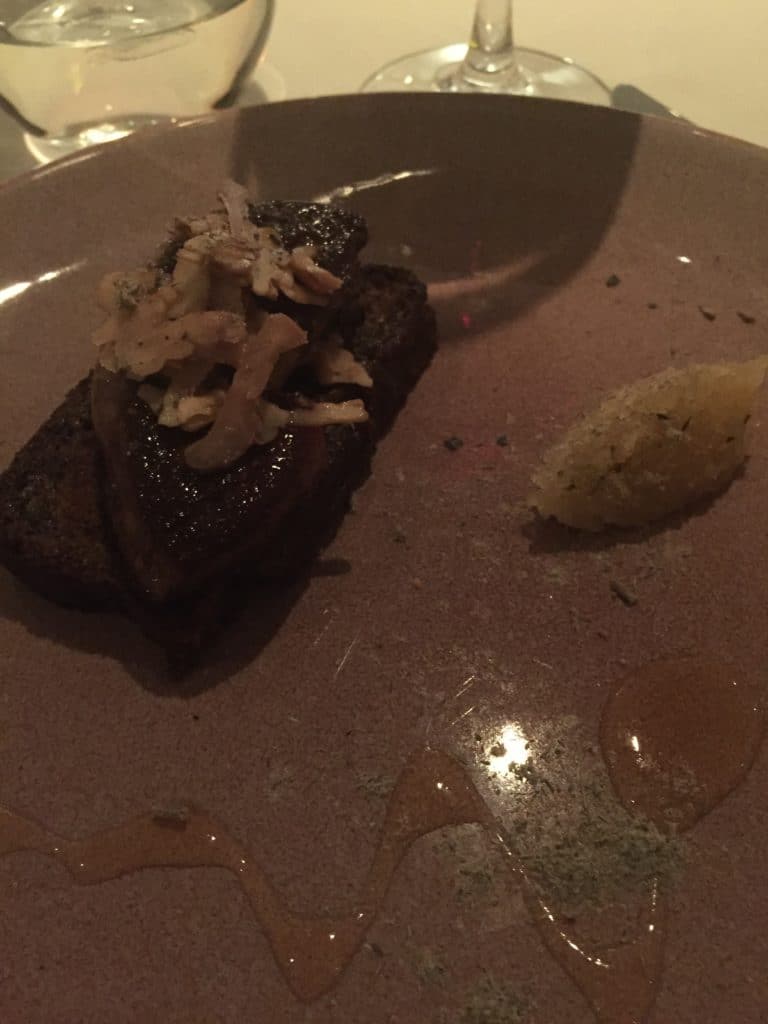 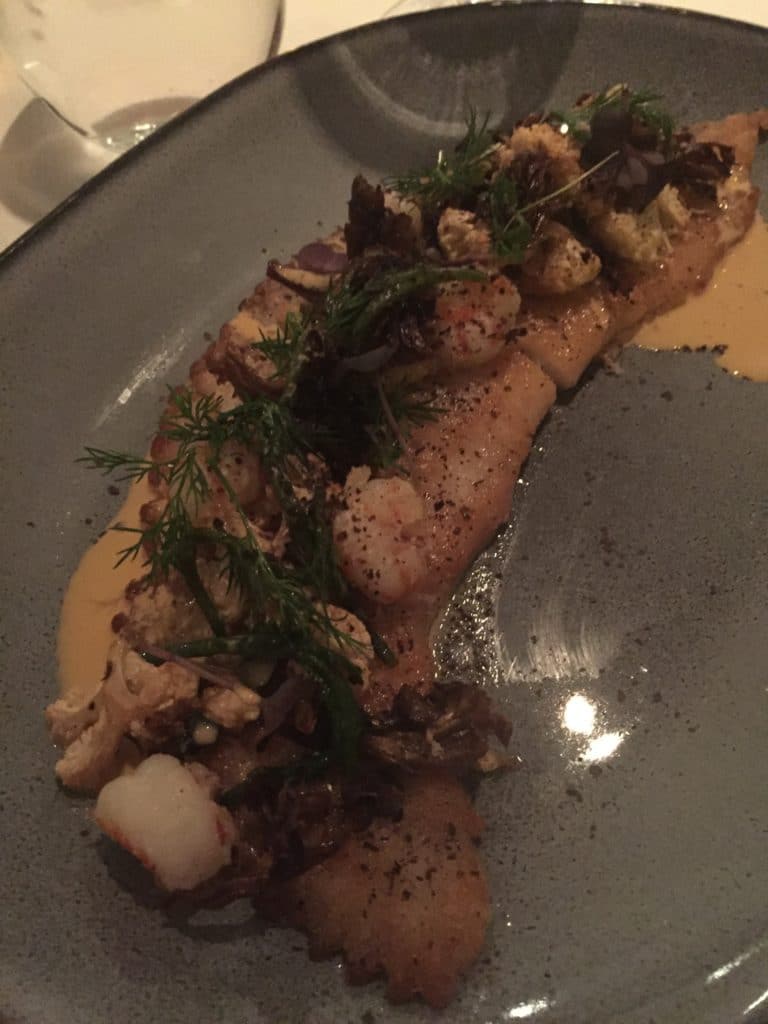 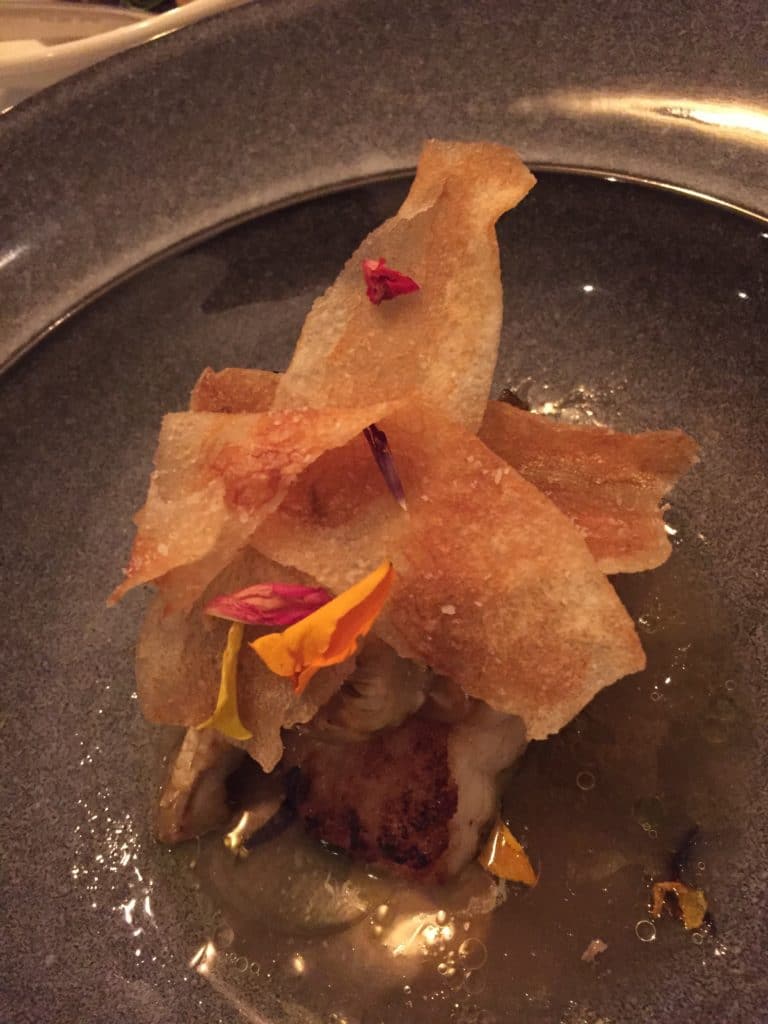 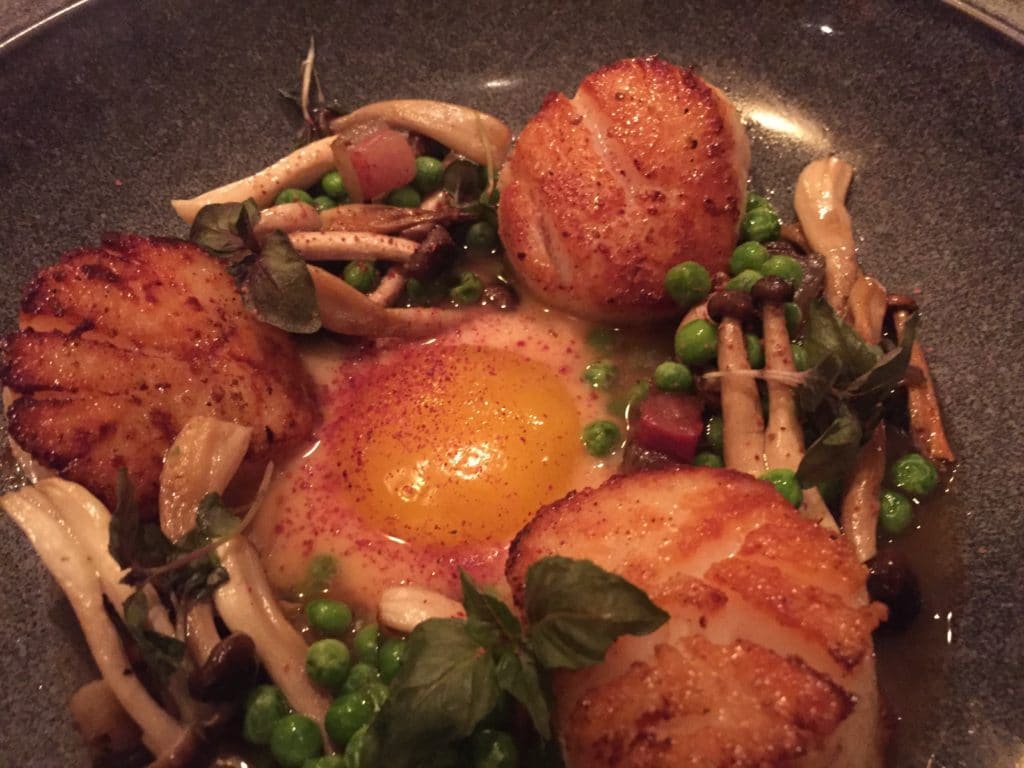 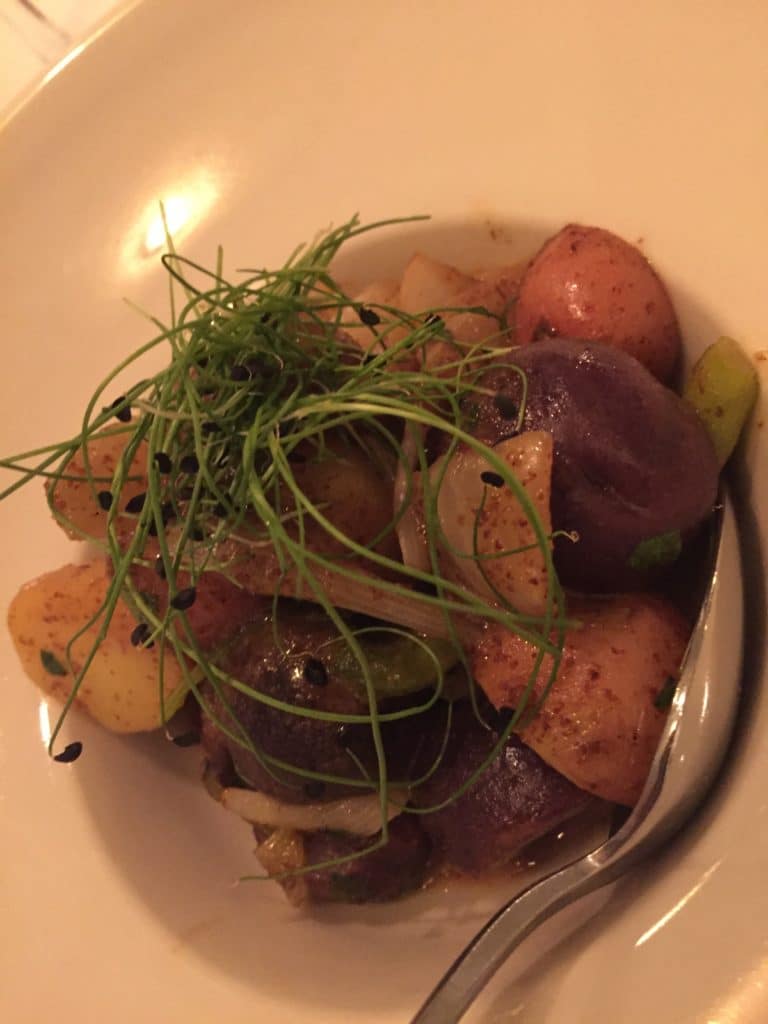 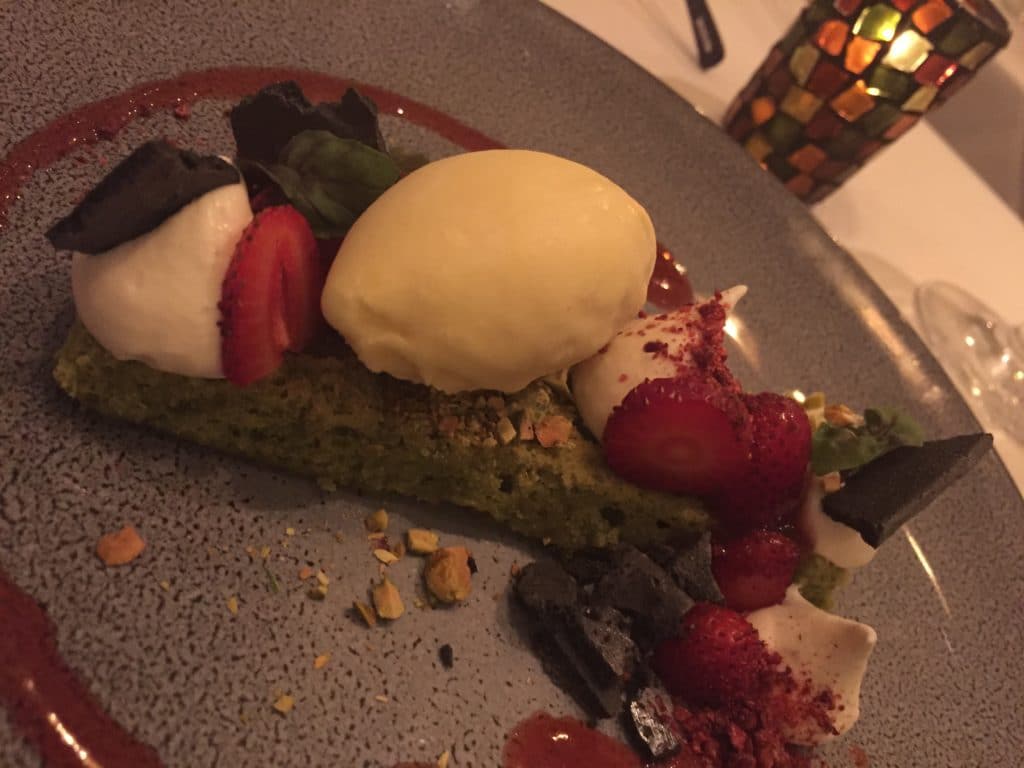 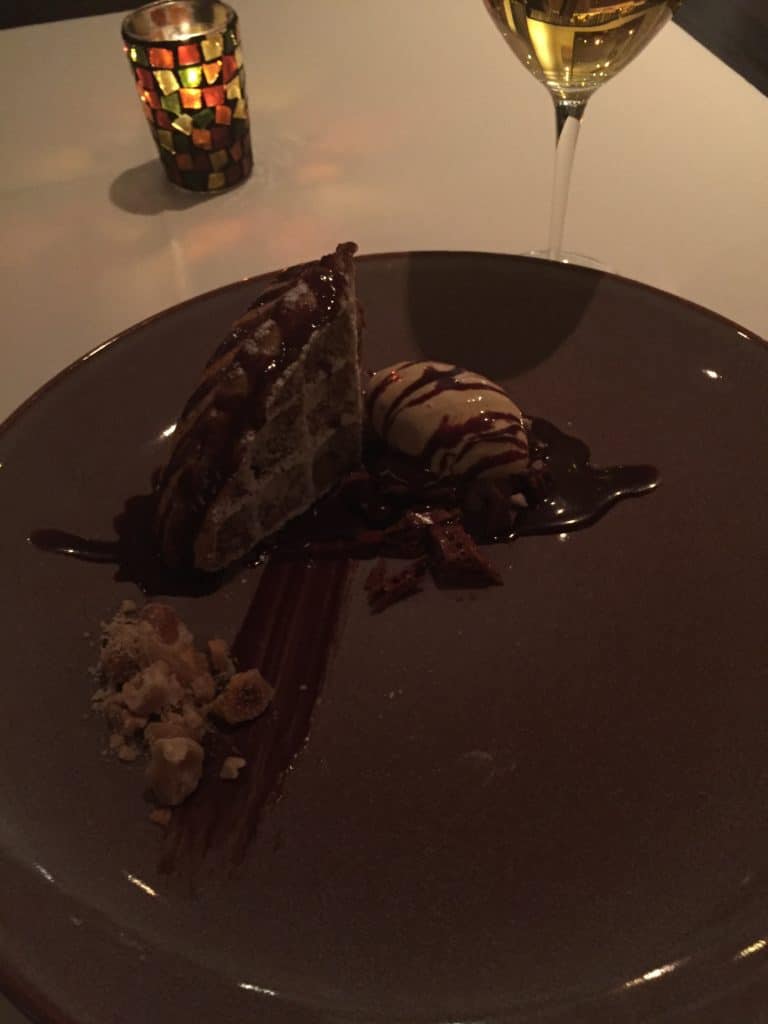