A nice spot for a bite in Magnuson Park if you’re in the neighborhood. It can be busy, especially on a nice afternoon since it’s the only option in the area. The space is very open…..basically, almost exclusively alfresco. Since Magnuson used to be Sand Point Naval Air Station, the space was originally the torpedo storage room. The food is described as American brewpub with Northwest influences….basically nachos, burgers, salads, fish tacos, fish and chips with an occasional pasta thrown in just for fun.

My choice was the lamb bolognese. Very nicely done.

On a more recent visit we had the Fish and Chips…standard prep with a very good side of coleslaw and the fish tacos…..the best of the 2 this day. The Kale Apple Salad was quite good with local apples and a nice soft goat cheese with candied pecans all finished up with a champagne vinaigrette.

Have also tried the BBQ Bacon Burger…something missing on this one. A bun, onion rings a bit of BBQ sauce and bacon. I’d call it…bland. From a Southerner…how about some coleslaw or chow chow to add some flavor? The onion rings are very good as is.

The Taco Salad…again something missing. How about a seasoning that reminds one of Mexico? Might help the flavor profile…and the name.

Obviously, since it is a brewpub, they have more than a dozen beers and also have a few ciders on tap….mostly from the brewery in the back….Mollusk Brewing. Give the blackberry cider a try if you’re not looking for beer.

The views of Lake Washington are quite nice.

Service was good but can be a bit slow when it is very busy. 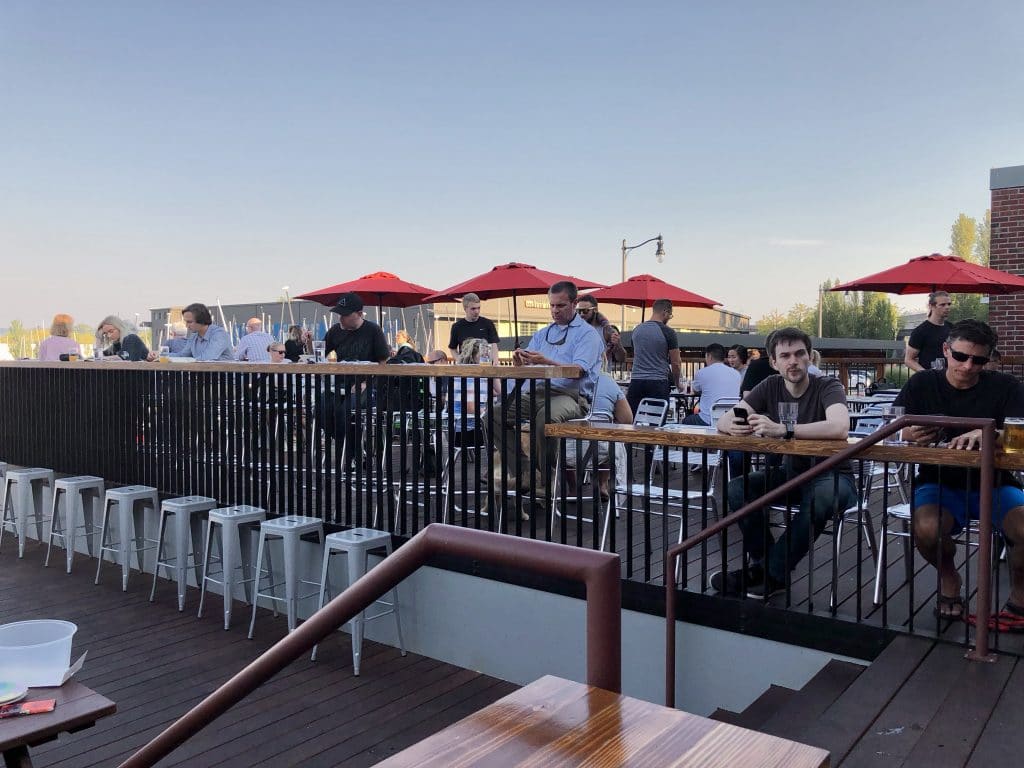 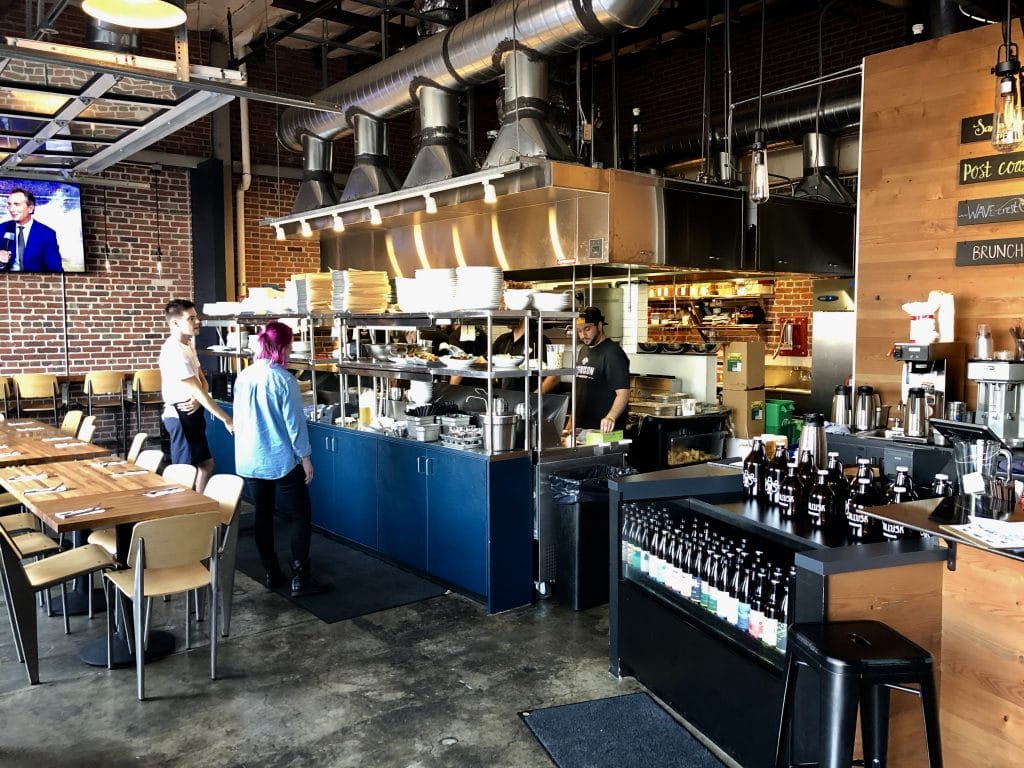 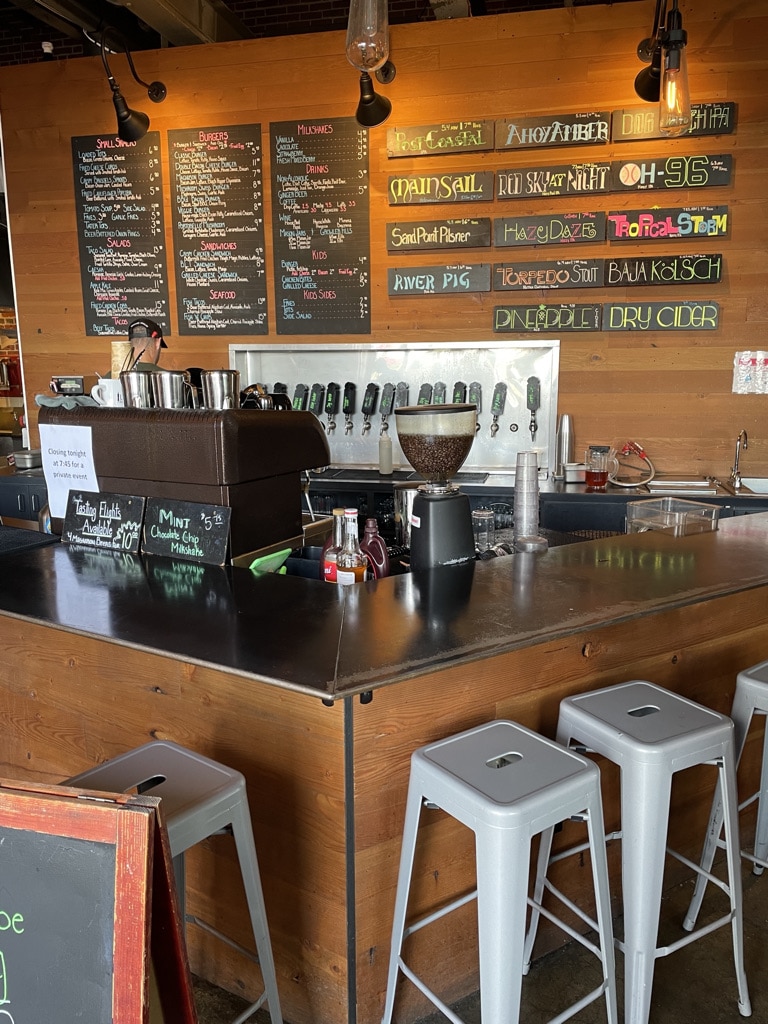 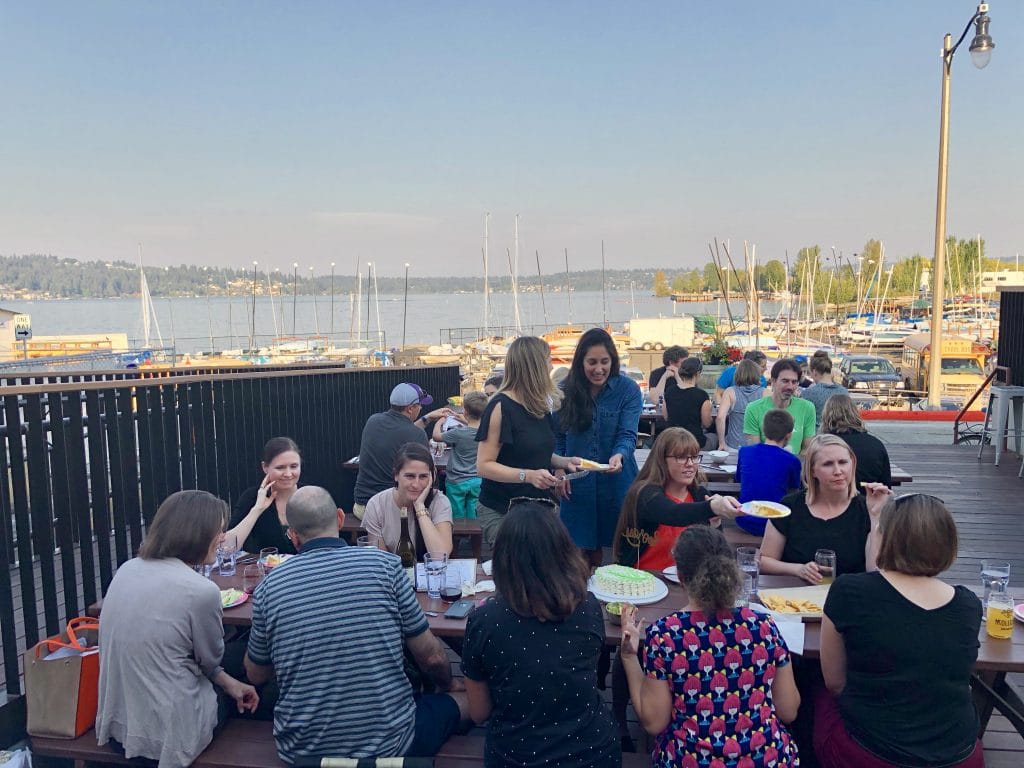 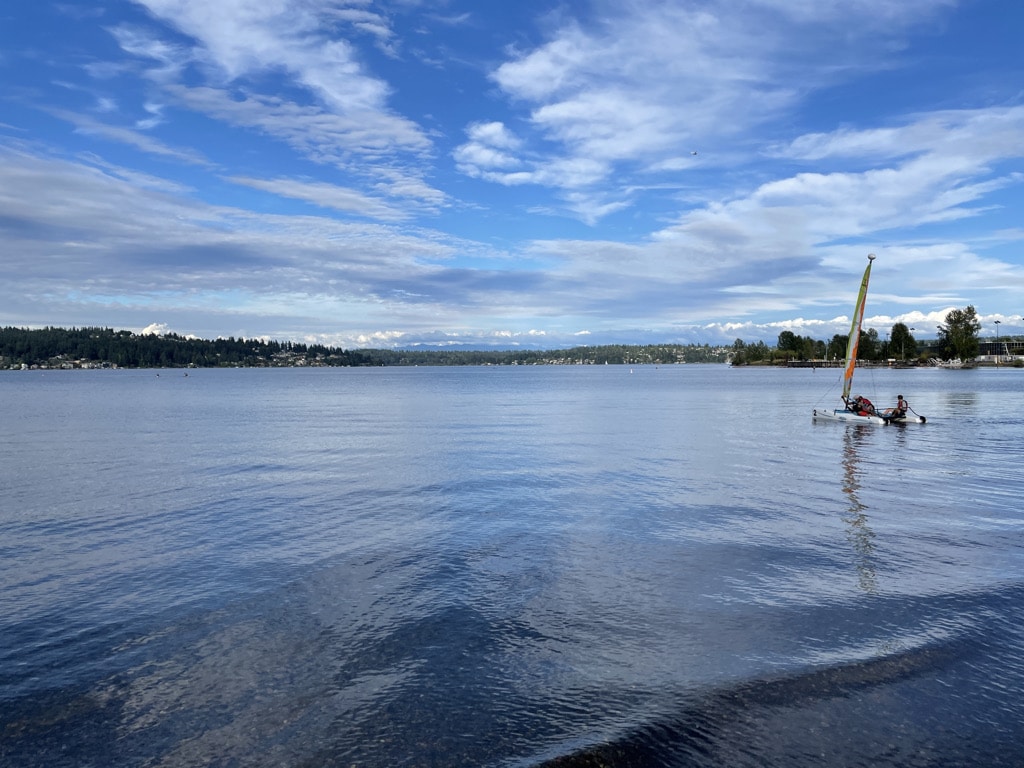 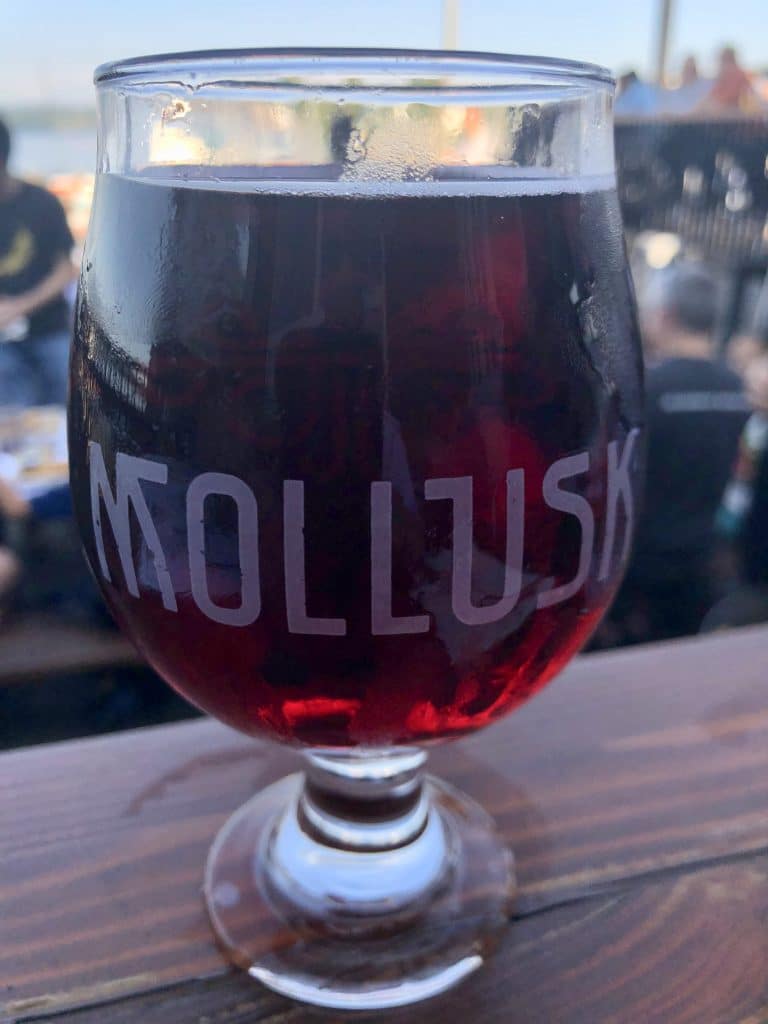 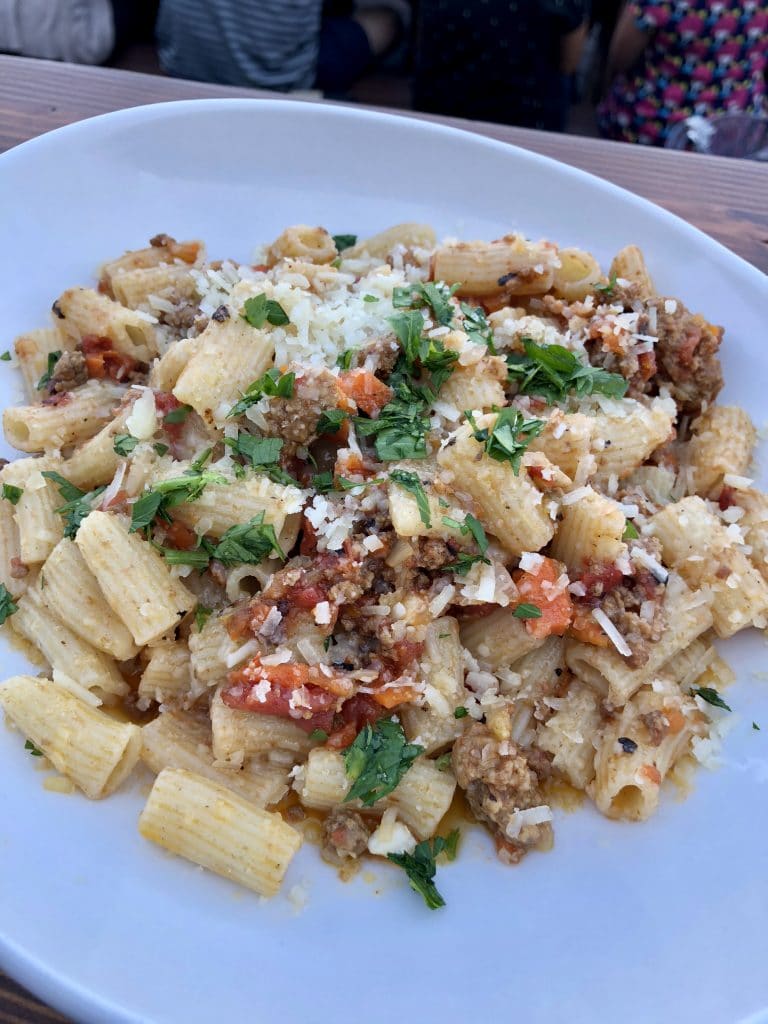 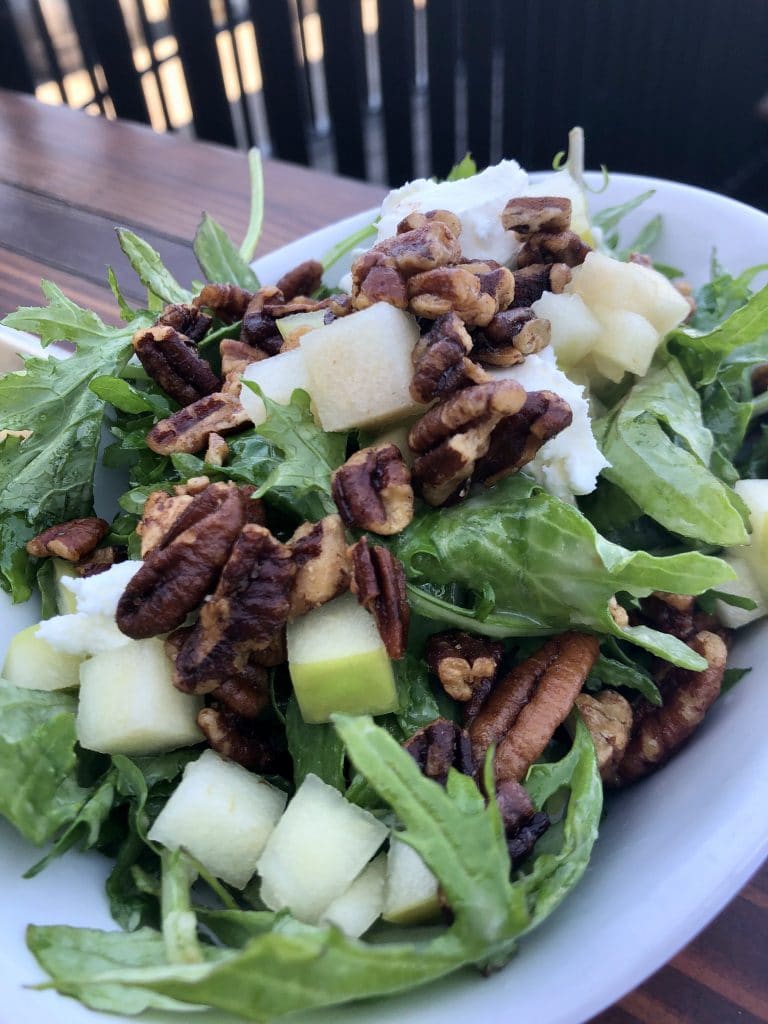 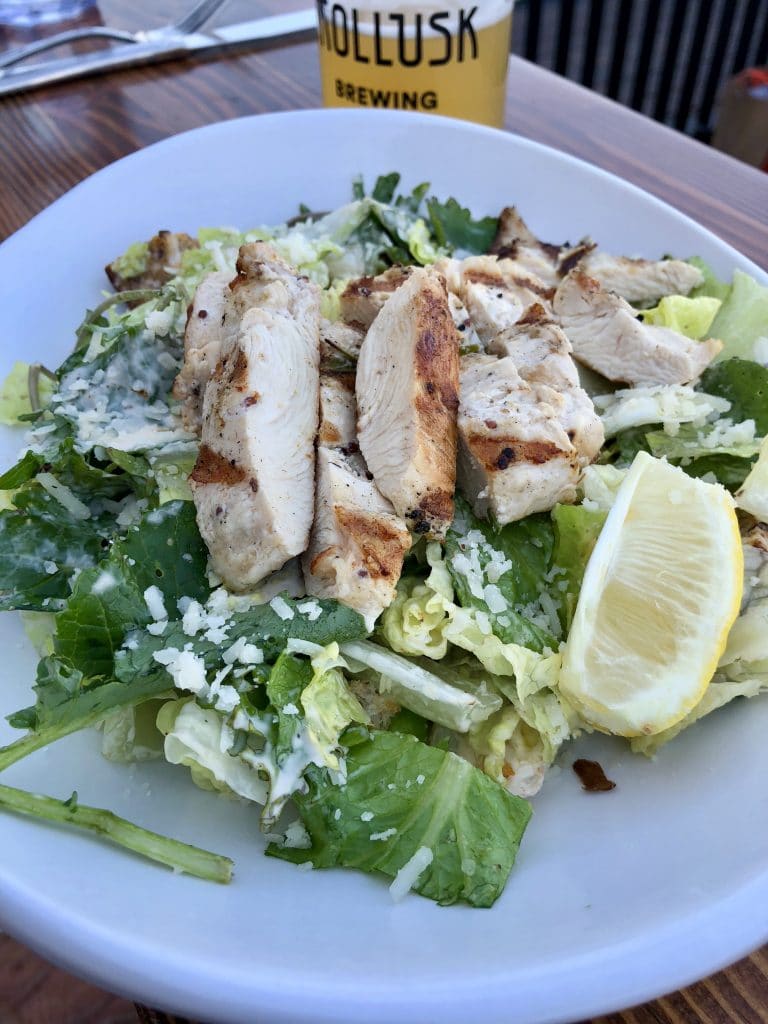 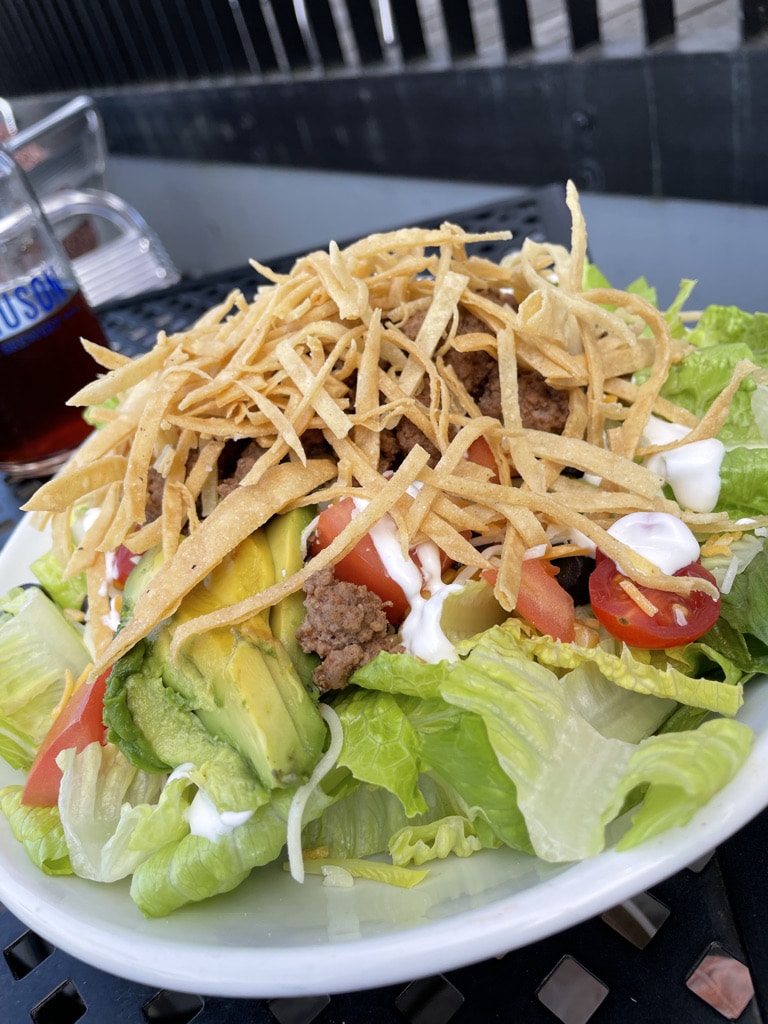 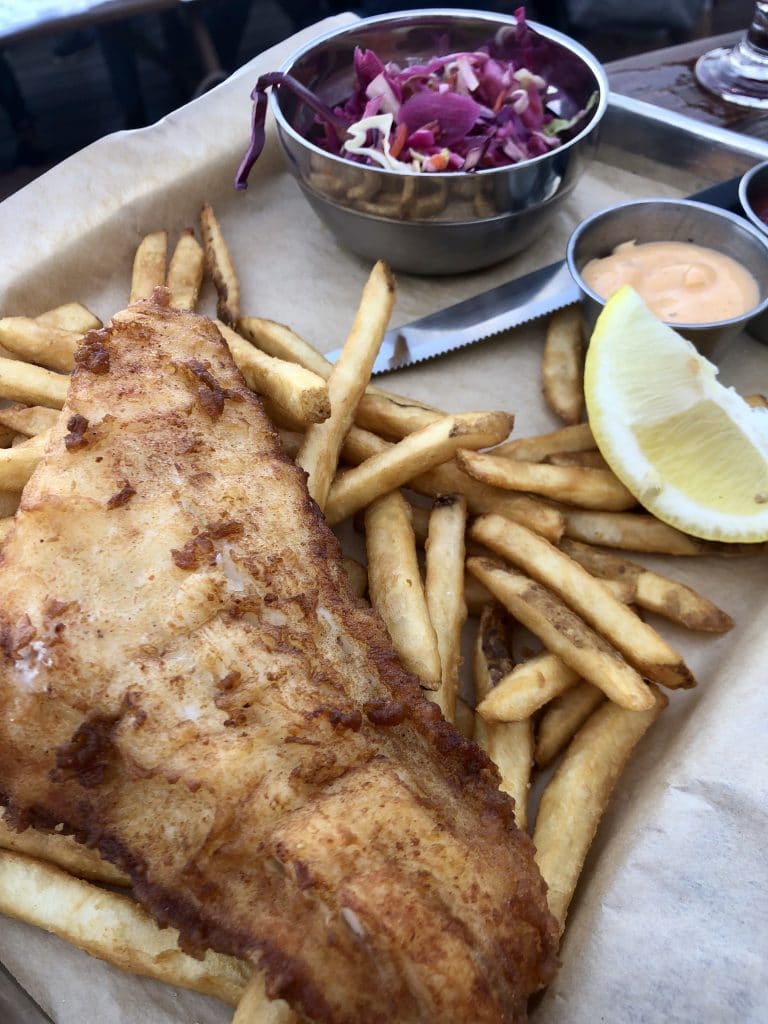 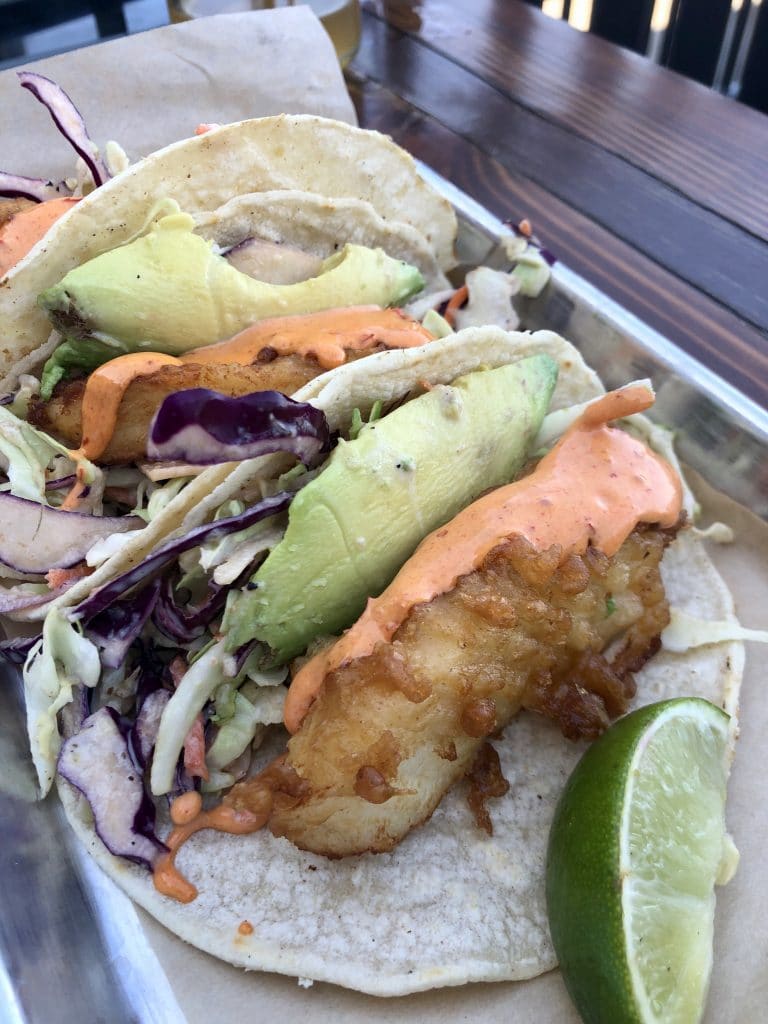 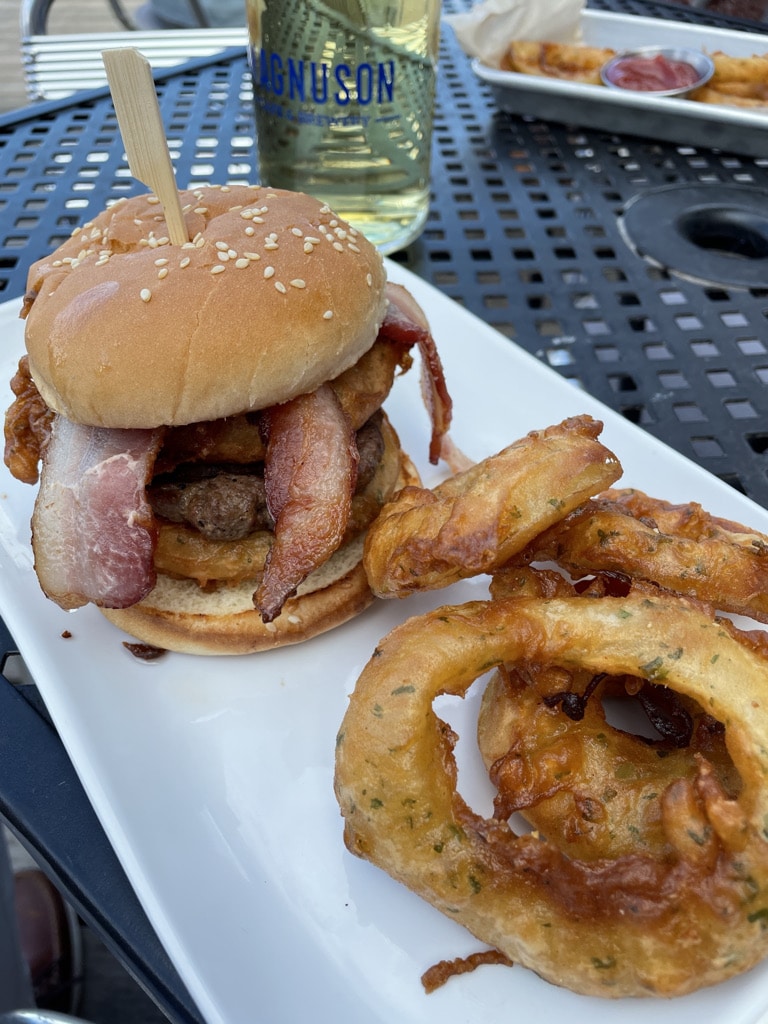 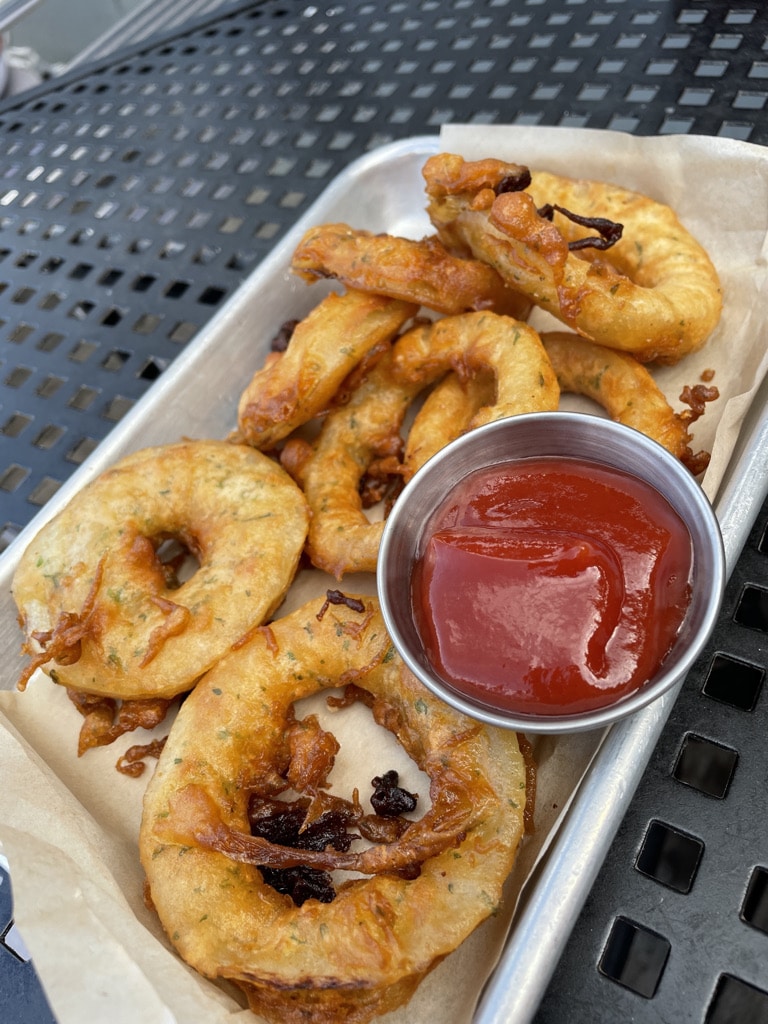 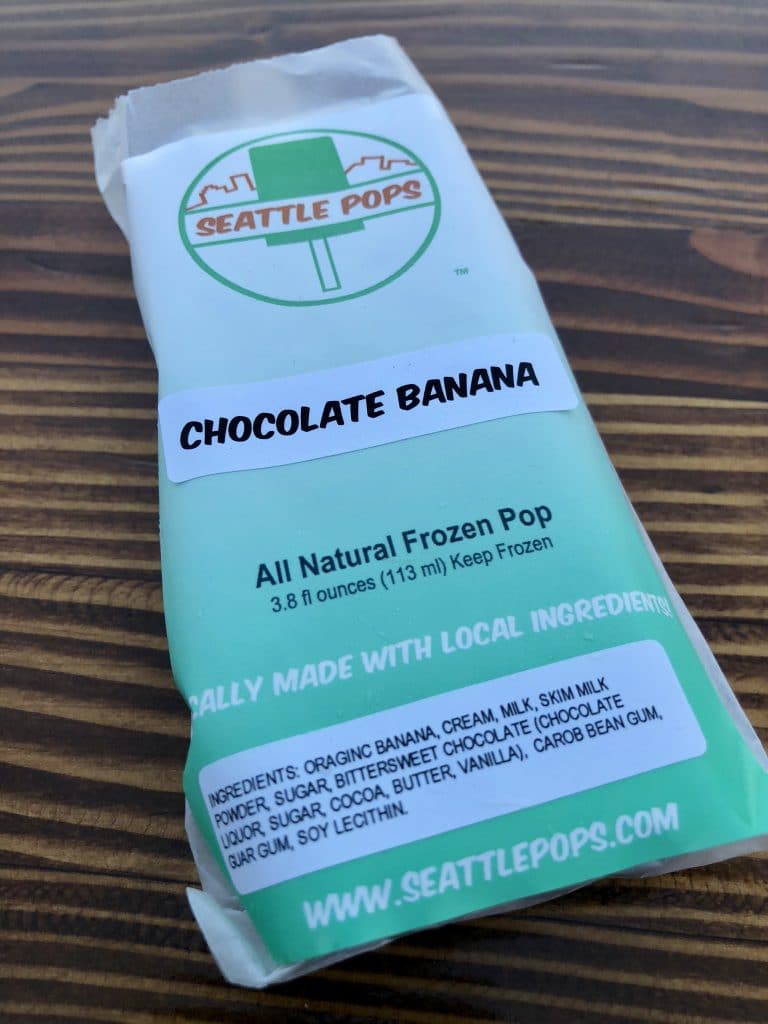 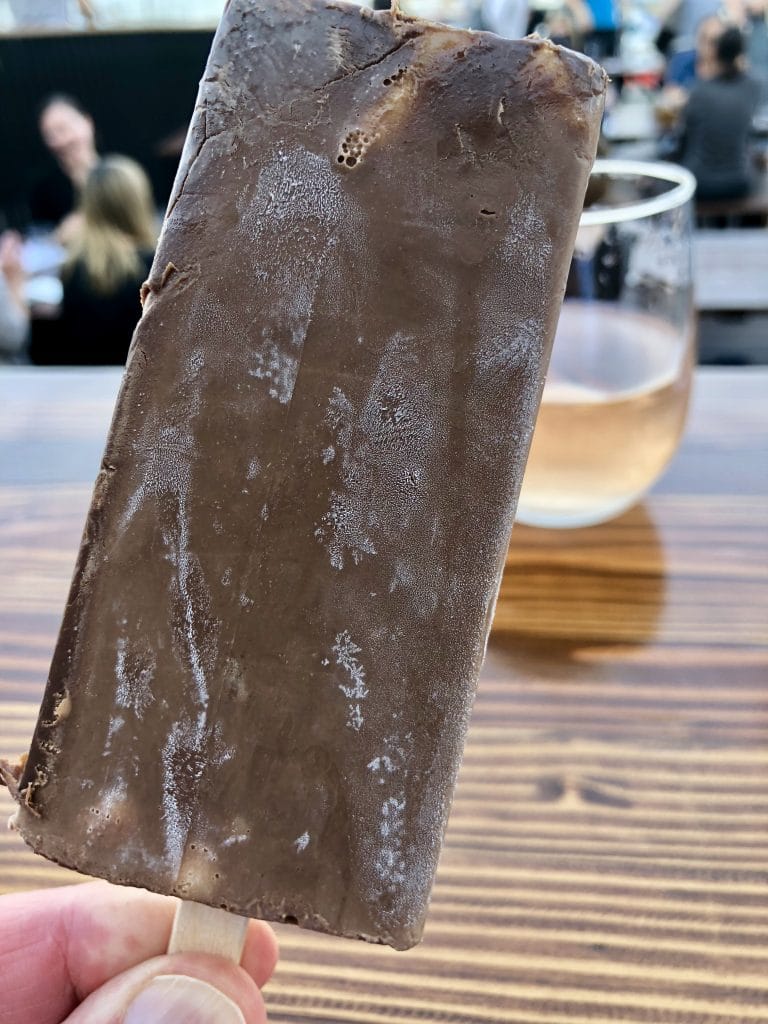