I have been wanting to try this restaurant for some time: Mamnoon.

It’s described as Middle Eastern food but it’s predominantly from Syria and Lebanon. The menu is extensive with small plates as well as regular dishes. The space is very nice with a modern upbeat feel. The noise level is considerable so conversations can be a bit difficult.

We started with the moushakal which is a sampling of small plates including hummus, muhammara, shamandar bi tahini and baba ganoush. The muhammara is to die for….ground walnuts, pepper paste, cumin, garlic and pomegranate molasses! We also tried the makdoos which is made from pickled eggplant and kibbeh…a spicy beef in a wheat shell….think Middle Eastern empanada. For a larger plate we selected the fesenjoon which consisted of beef meatballs in a lovely sauce. The tadik rice that accompanied it was a bit overdone in my opinion. Finished with baklawa.

They have a nice wine list which includes PNW, European and Lebanese selections. We tried the Ixsir Altitudes, a red blend from Lebanon. The Syrah notes in the blend were distinctive and I suspect it’s mostly Syrah.

On the whole the food was very good with the baklawa the best I’ve had. Hands down better than any Greek baklava that I’ve had.

Give it a try…it’s a nice respite from the usual seafood offerings common in Seattle. 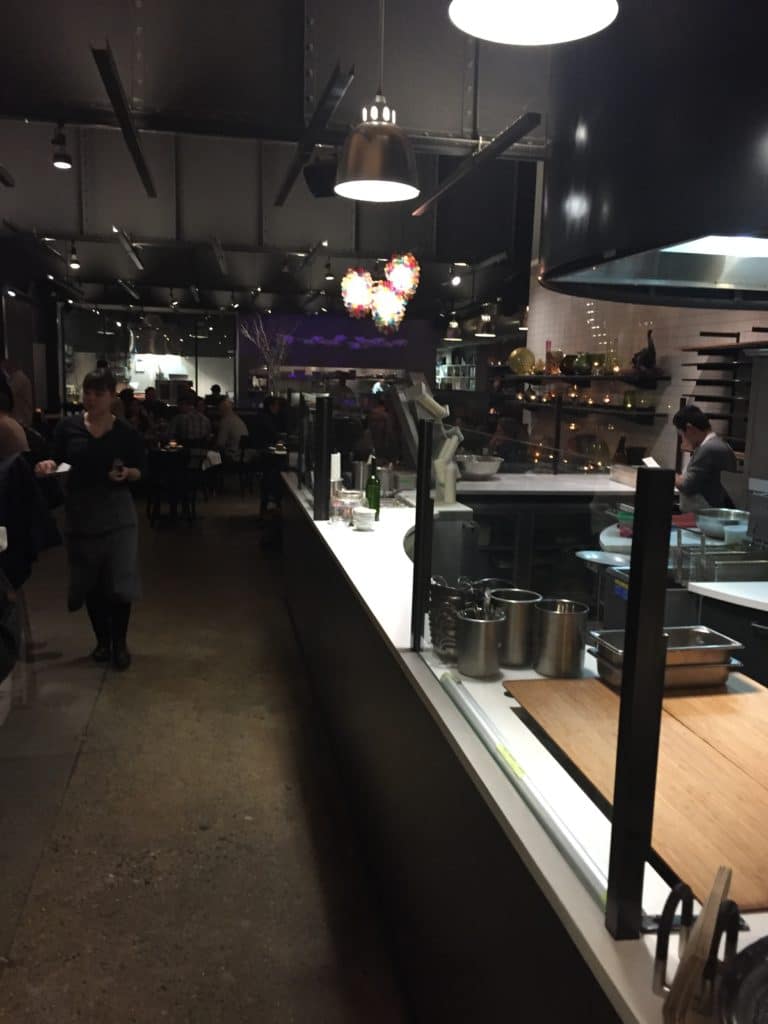 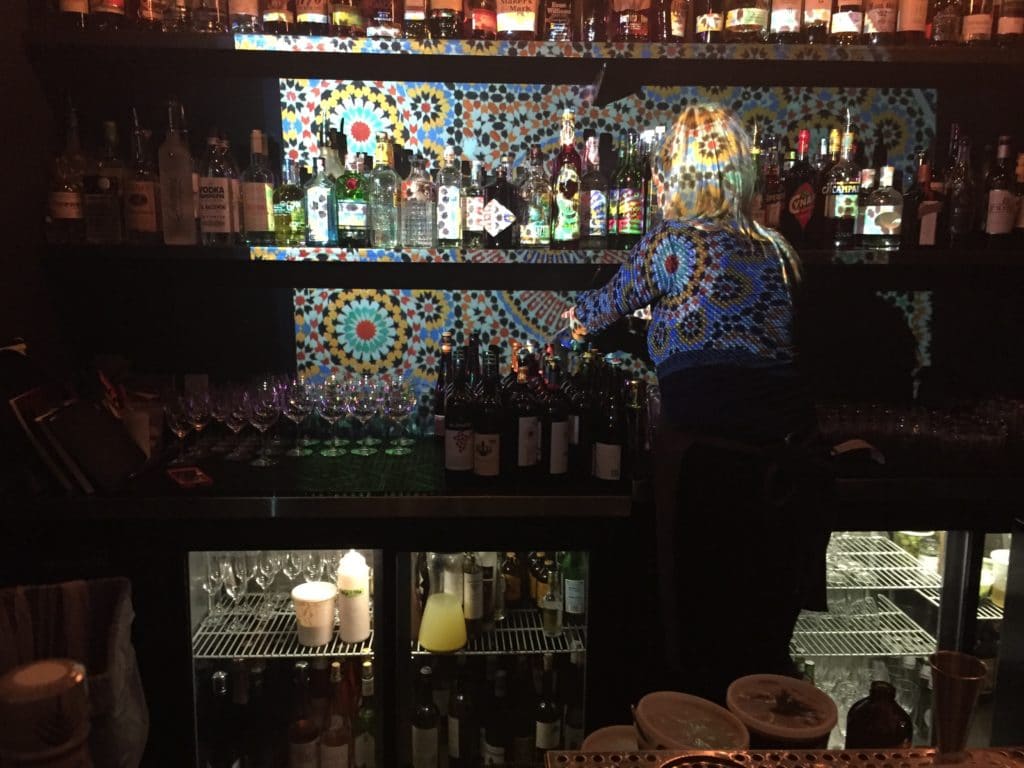 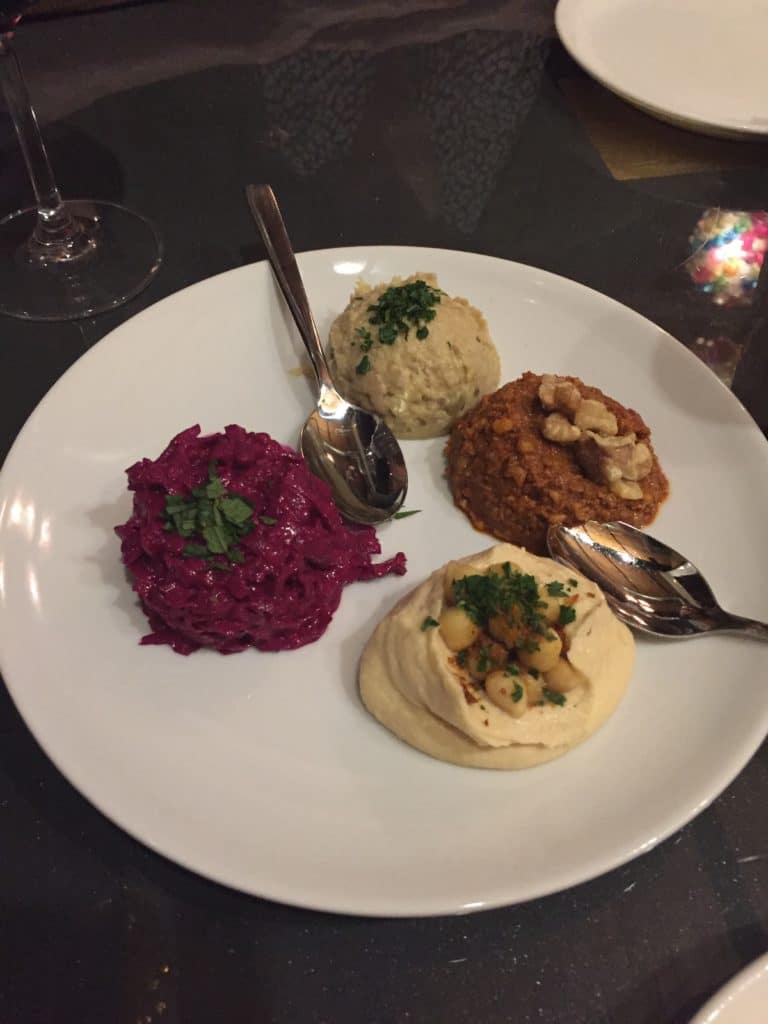 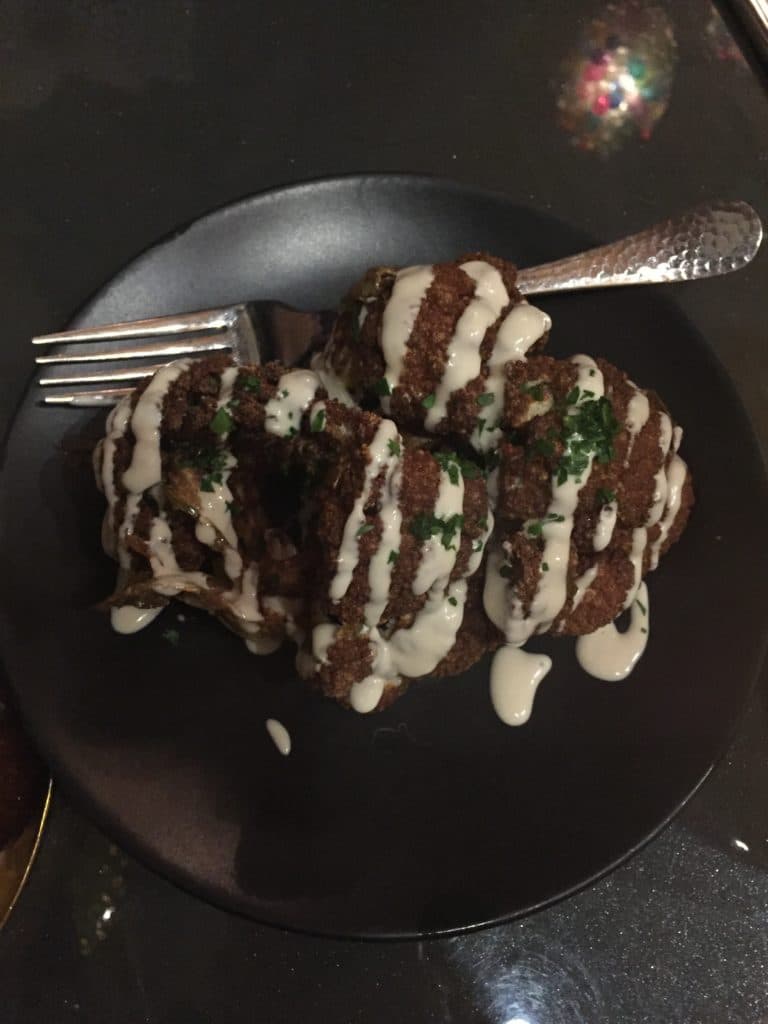 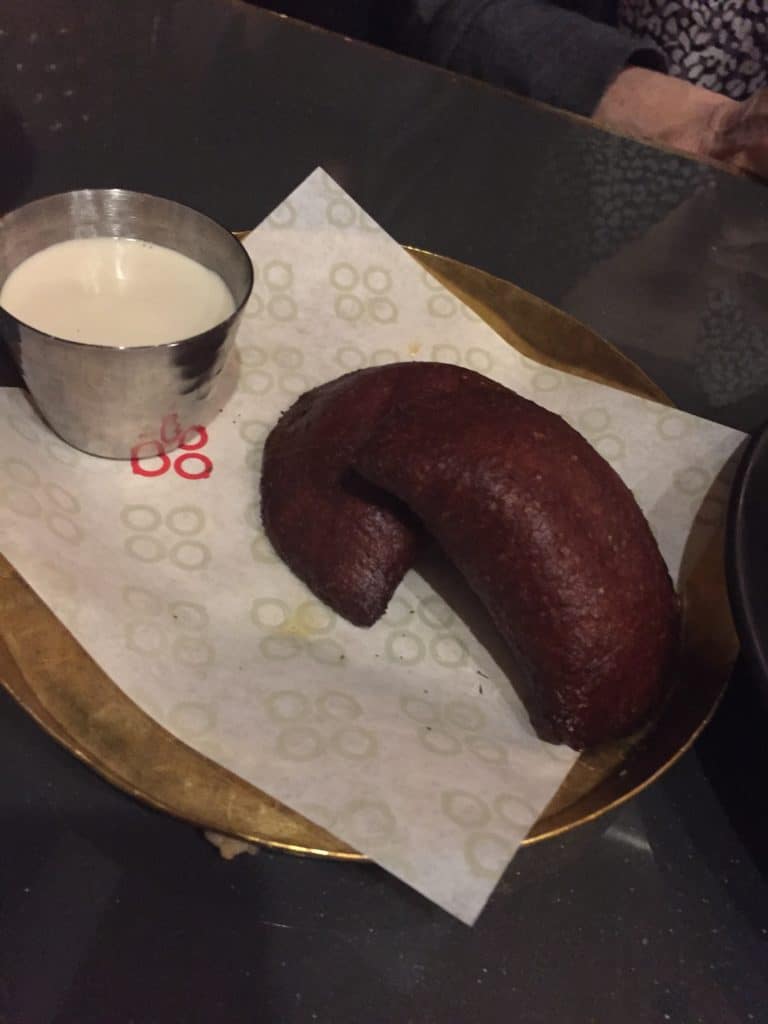 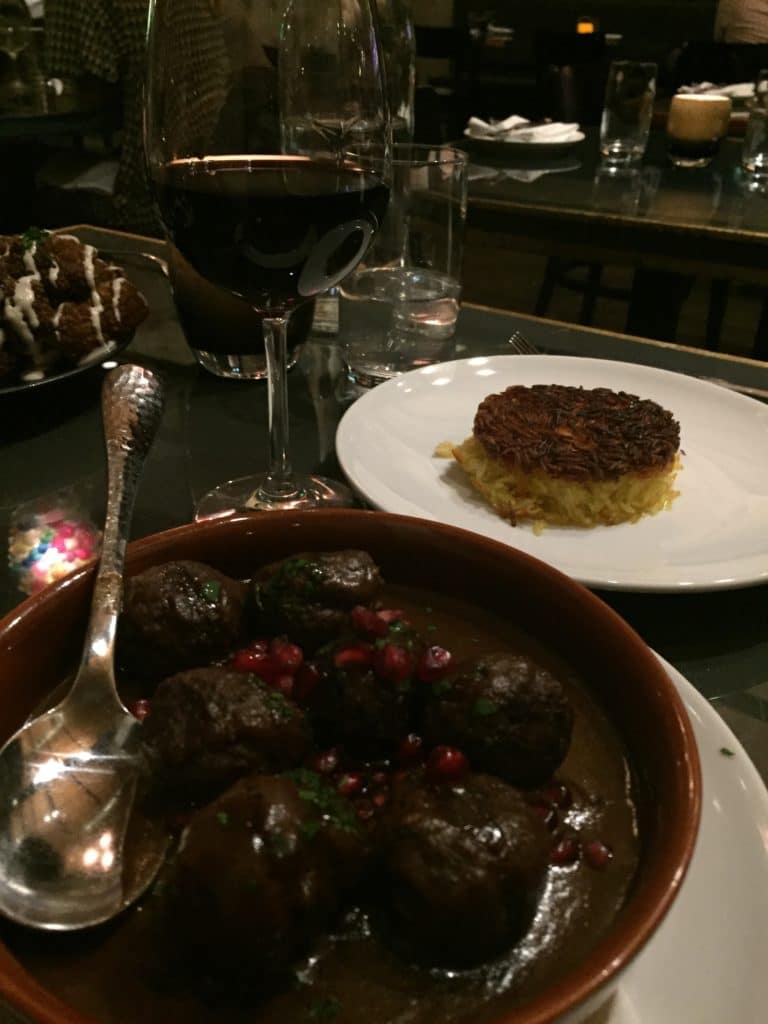 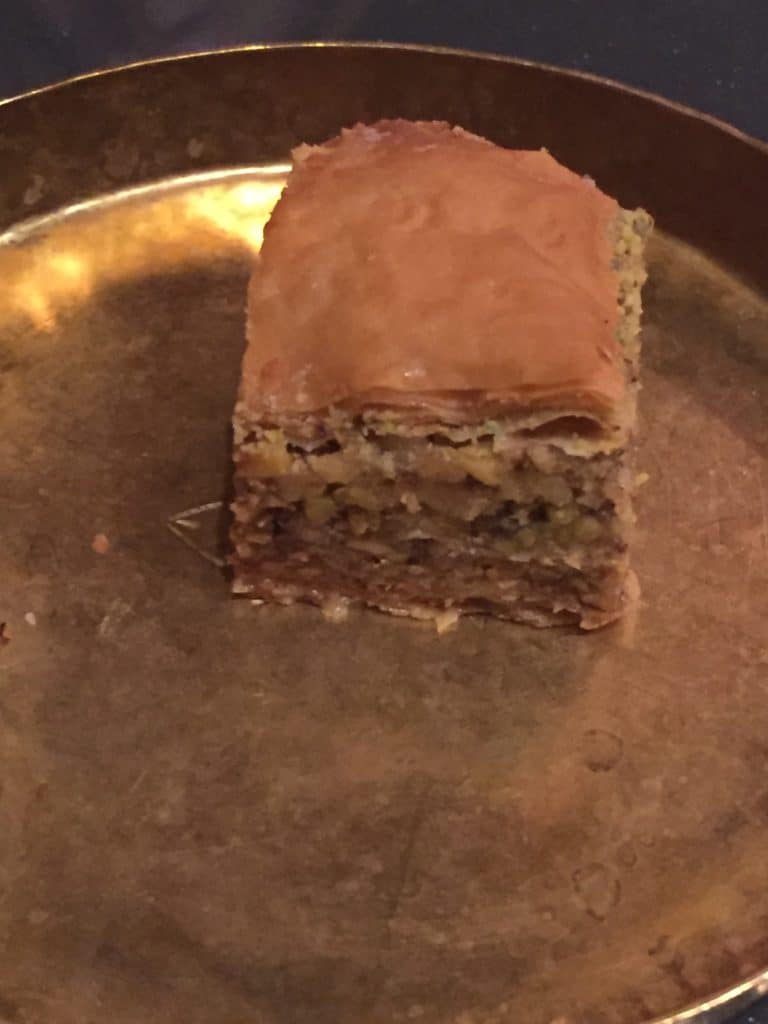