Had an opportunity to have early dinner and this seemed like a good place for the experience since they opened for happy hour early in the afternoon and I wanted to beat any potential crowds.

As is common, it’s a place to try a few small plates to start followed by sharing a larger entree.

Started with a 1/2 dozen Shigoku oysters from Willapa Bay WA. Served with a very light mignonette of ginger and pepper. The picture obviously doesn’t give the dish a proper play….oops……I ate then too fast!

Followed this with a choice from the pantry…..the jicama with pumpkin seeds, tangerine, mint and a chili based sauce/oil. It was described by the waitstaff as similar to taco seasoning……not quite right in my mind but hard to describe. It wasn’t an overly spicy experience and it didn’t remind me of something south of the border. The dish should be enjoyed with everything offered or the flavors aren’t there. Taken altogether the tangerine adds a sweetness that allows the dish to shine and the subtle flavors of the mint should not be dismissed.

The main was pork shoulder with broccoli, yogurt and kiwi. I toyed for some extended time with the idea of the Spanish octopus…….but I’ve decided to give that animal a rest…..for awhile. The pork was special….an unbelievable piece of meat. The most tender I have had recently and cooked to absolute perfection. Like the jicama, everything delivered must be eaten to get the full effect of the dish. I suspect the pork had been brined with salt and sugar since there was something slightly sweet in the dish….was it the yogurt or the pork? When questioned, the waitstaff suggested the kiwi….not sure about that.

For dessert the choice was the pain au lait…….no chocolate as an option. The surface of the pain was caramelized by the pineapple…..some pieces were almost candied by the process…..an interesting touch. The queso fresco topping added a light touch which balanced the overall sweetness of the dish

The wine for the afternoon was a Spanish rosé……a Txakolina with slight effervescence and high acidity. Very nice.

There is a very large bar with seating…..basically doubles the available seats and a nice alfresco area as you enter.  It would be great option in the right weather…..a bit on the rainy side the day I visited……”Juneuary” in Seattle. 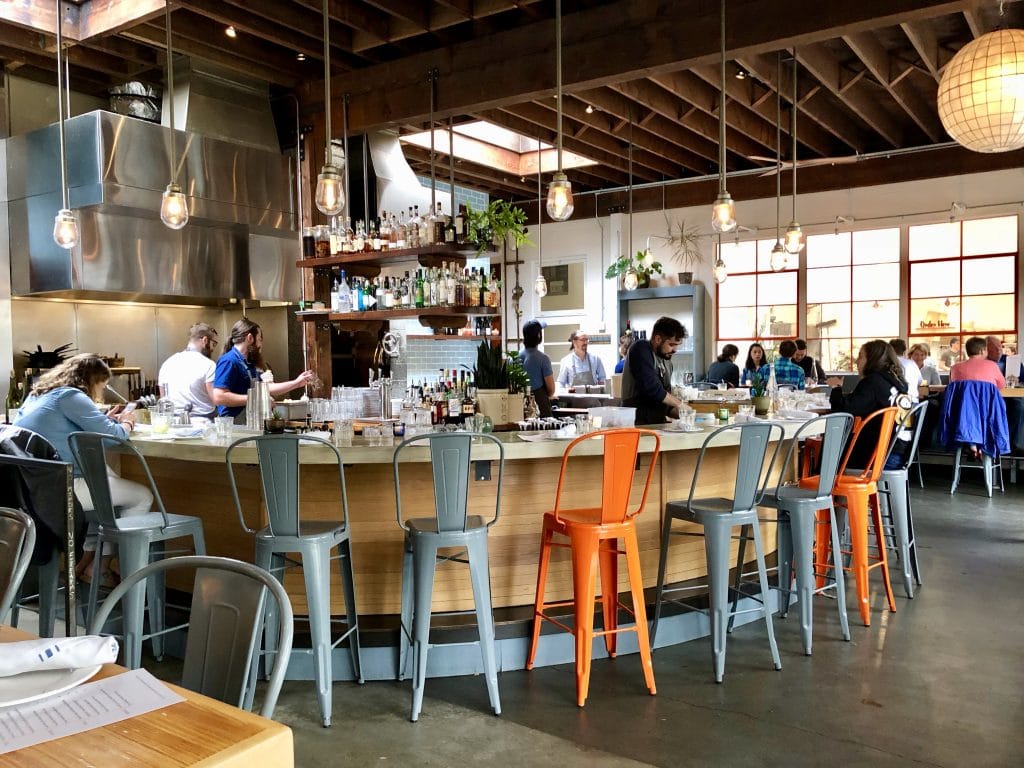 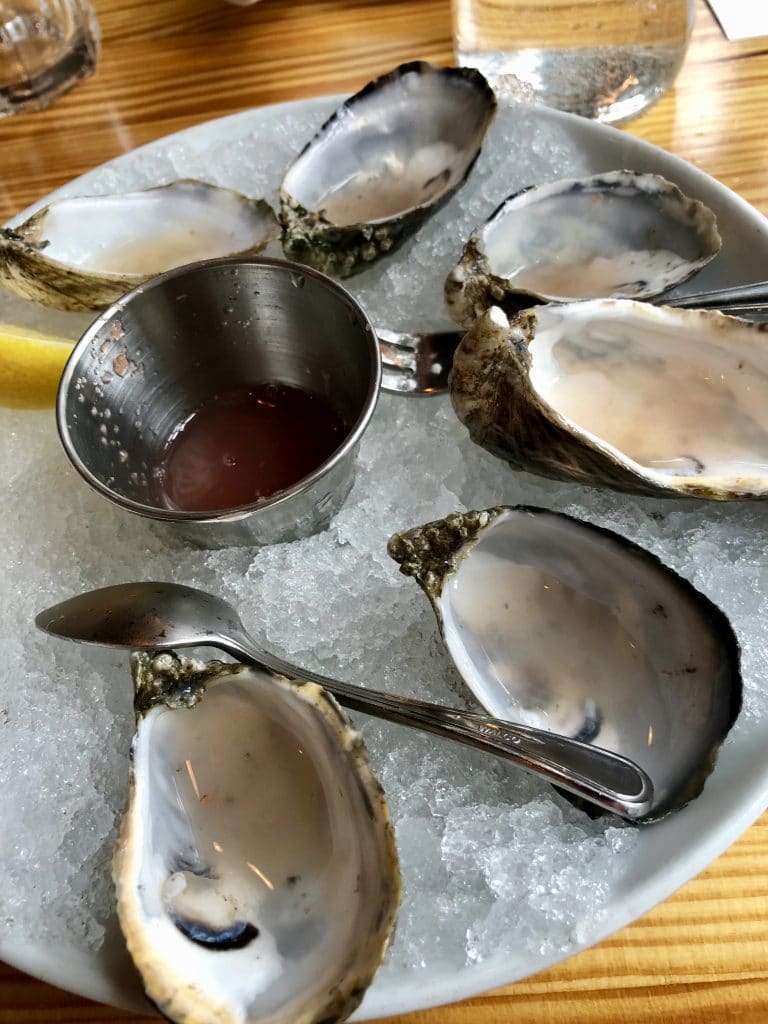 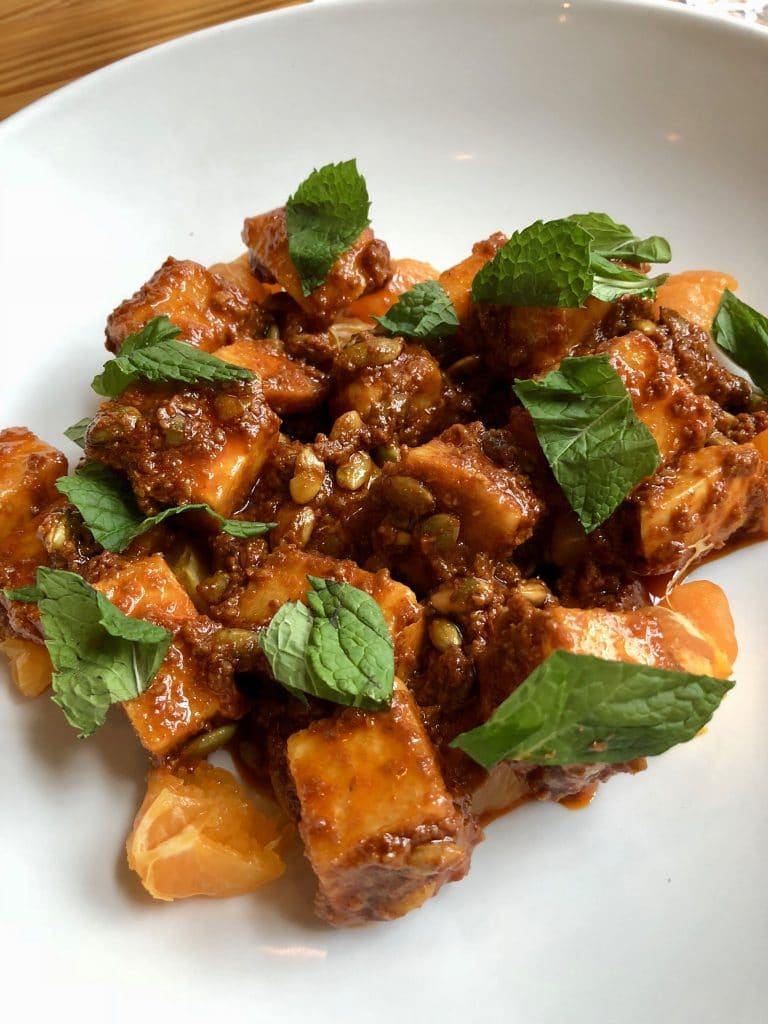 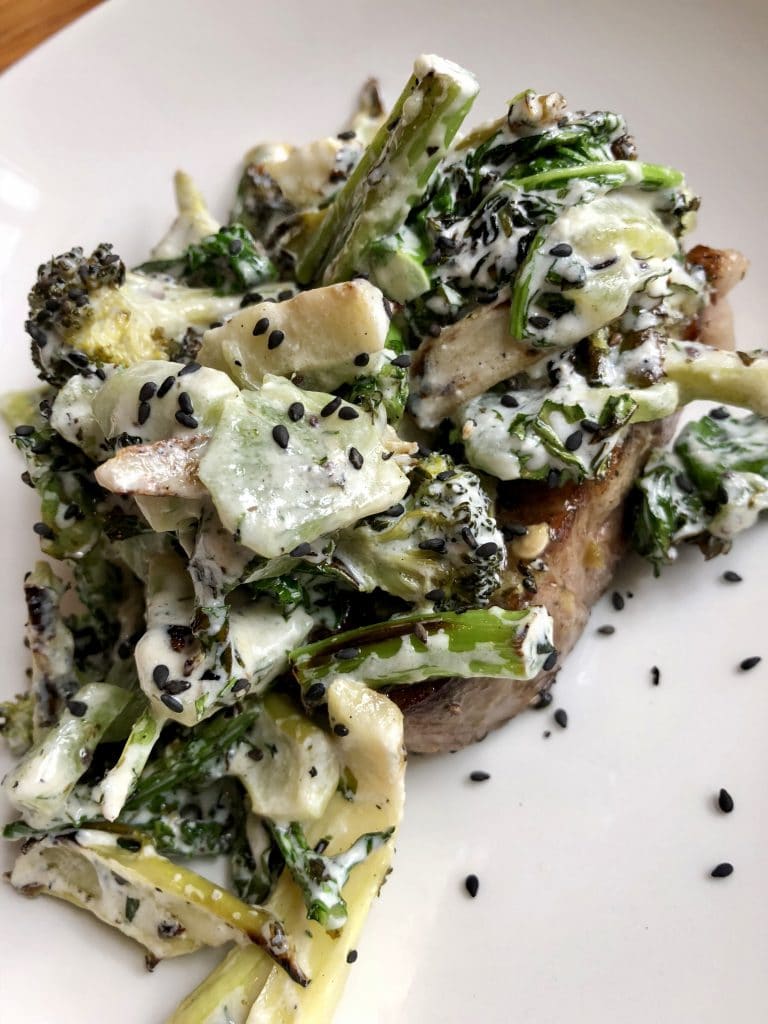 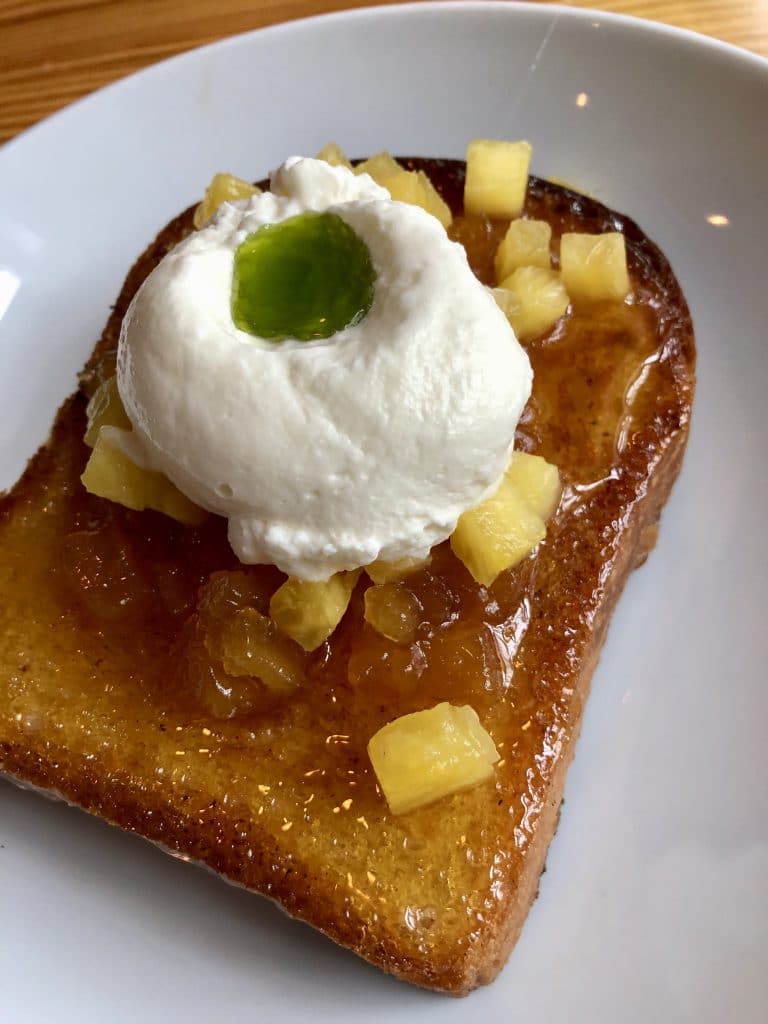