We had been looking…all over for the Impossible Burger….and didn’t even know they had it on the menu. Not only was it listed, they actually had it!

So what is an Impossible Burger? It’s a plant based product made of potatoes, soy, coconut and sunflower oils and….soy leghemoglobin. So what is soy leghemoglobin you ask? I had to look it up too. It’s found in the roots of certain plants….like soy…and converts soil nitrogen into a form that can be used by the soy plant. So…..in the Impossible Burger it gives the burger part of its flavor profile and….the red, meat like “juice” of a beef based hamburger.

How does it taste?….like a hamburger with similar texture and mouthfeel. It doesn’t taste anything like the typical veggie burger, most of which seem to be bean based.

Why are they so hard to find?…..huge demand with limited supply seems to be the problem. So, if you find one, have it because you may not get another timely opportunity. Purple Cafe also has it on the menu but, we tried two location and both were out.

The space is rustic and on the small side. The bar is large with a number of seats. 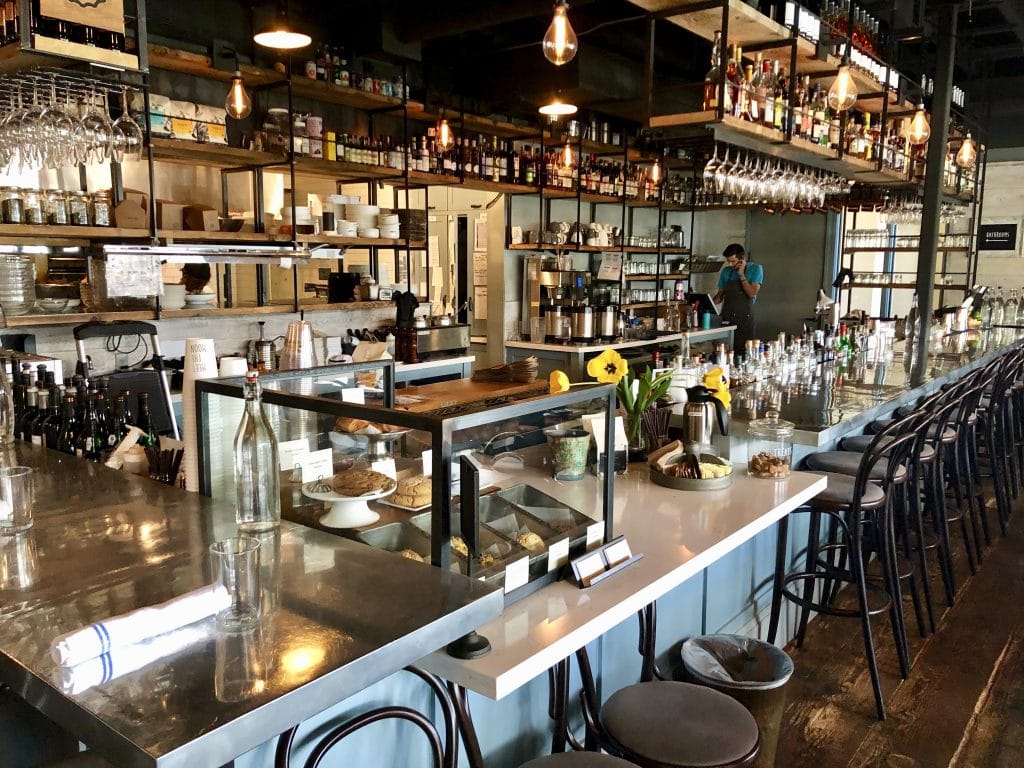 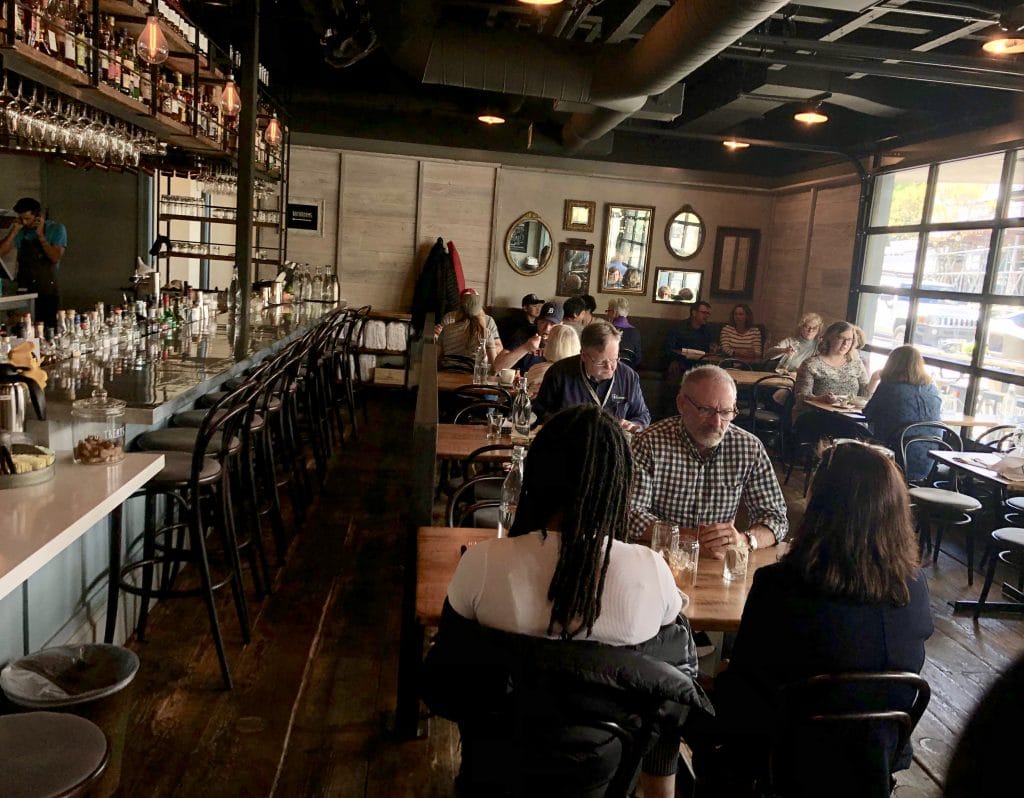 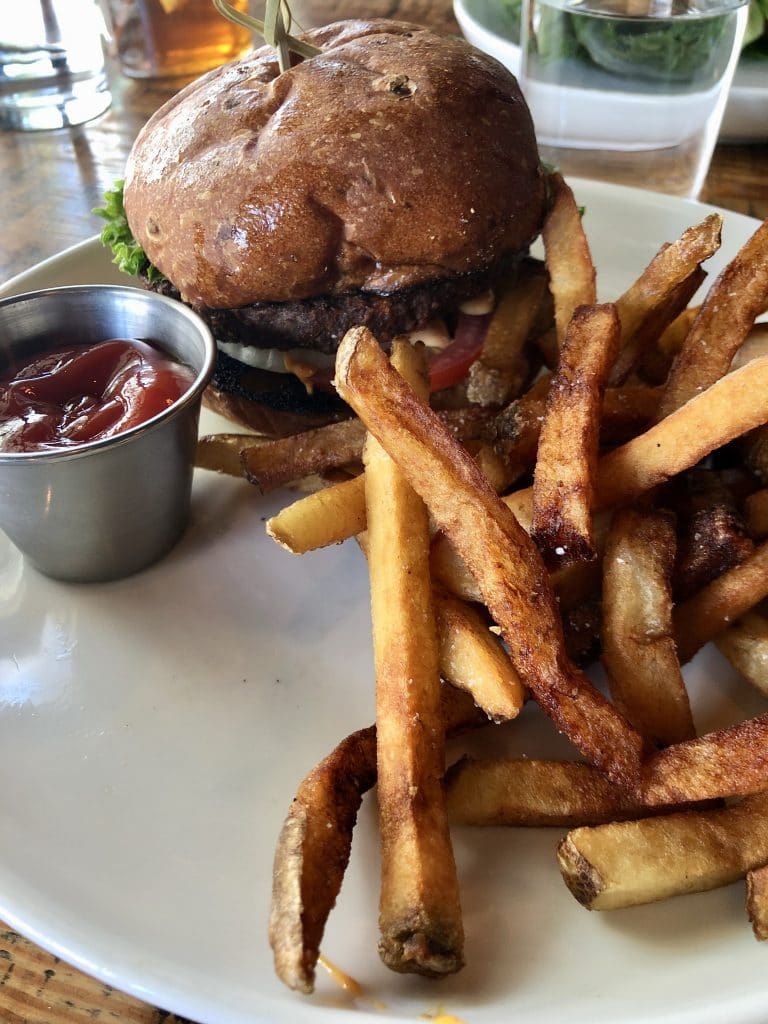 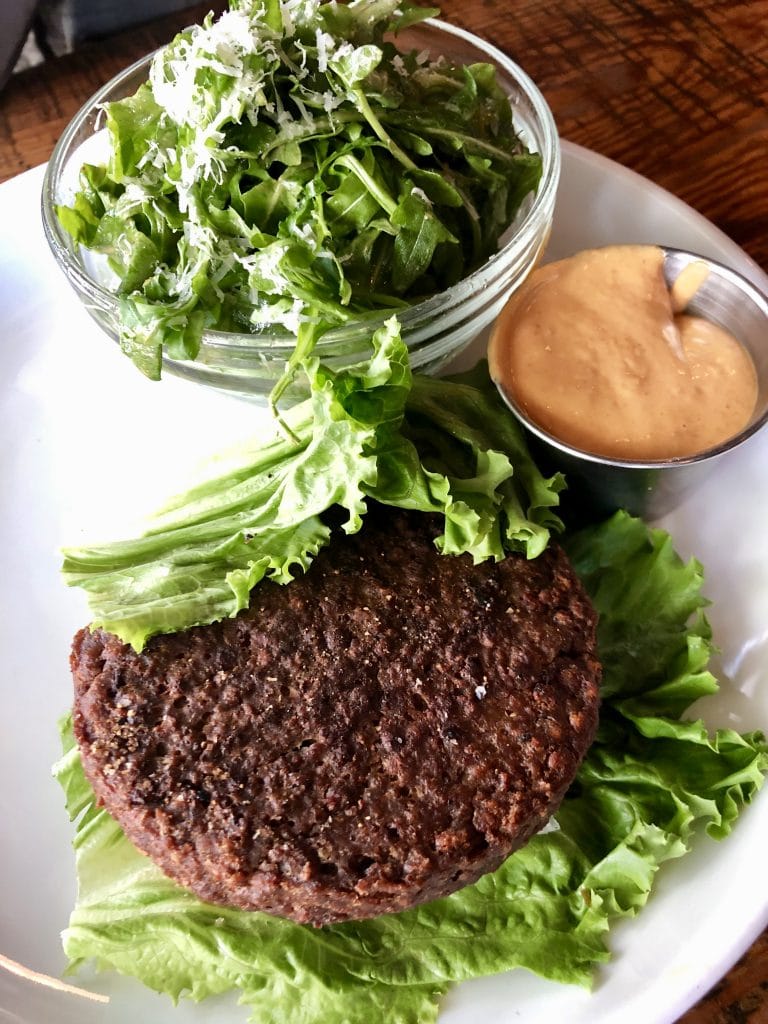