This place looked interesting and even though it was in Winter Park, I thought I’d give it a try since finding something unique in the land of Disney is difficult.

A Spanish tapas place….with several locations in Florida, as well as Atlanta and Texas…that get their ingredients from Spain or make it in house, so I was intrigued and the menu looked interesting. The space is quite nice and busy. They also offer outside dining along a fairly busy street.

Started the night with a sangrìa blanco…..a white wine (Cava) variation on the typical red variety. Light and refreshing. The first tapas was a ham (serrano) croquette which was a bit disappointing…..all cheese and I don’t think there was any pig to be found. Next up was the grilled octopus served on a bed of yellow corn. A bit flawed as well with the temperature of the corn varying from slightly warm to cold. The octopus was also a bit on the tough side.

As mentioned, they were busy and my last choice was significantly delayed…and to their credit, the manager made it on the house, which helped. This was by far the best plate of the night….the piquillos, vizcaina style. Small red peppers stuffed with a delightful mixture of ground beef and pork with béchamel and black currants. Excellent!…..and at the correct temperature…finally.

My guess is that paella is the thing to have here but it was served for two which would have been a waste for one…so maybe next time. I finished with the coconut flan which was delivered with a side of passionfruit ice cream…an odd choice and in my mind, unbalanced by the very tart passionfruit and a not so sweet flan.

The wine was a nice red from the Ribera del Duero region of Spain. Their wine list is almost exclusively Spanish.

The service was good and staff apologized profusely for the delays. 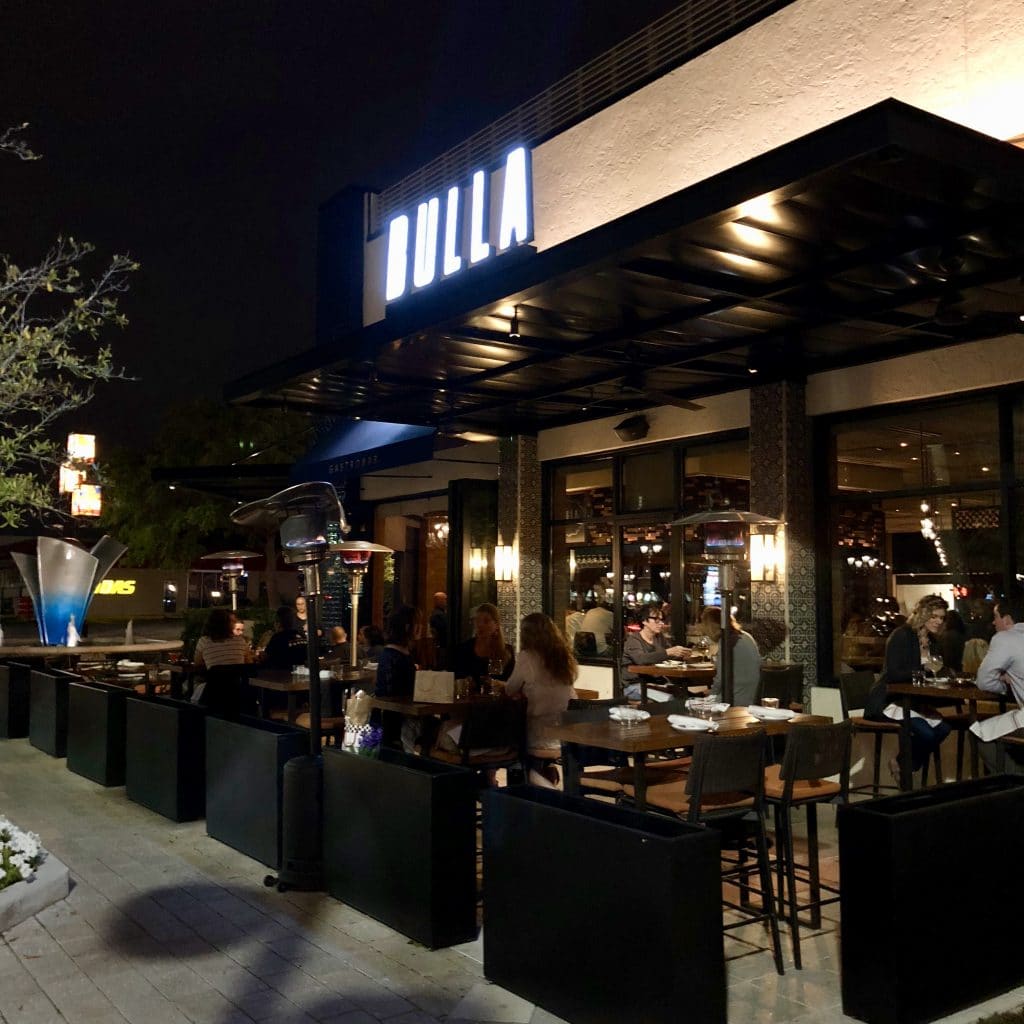 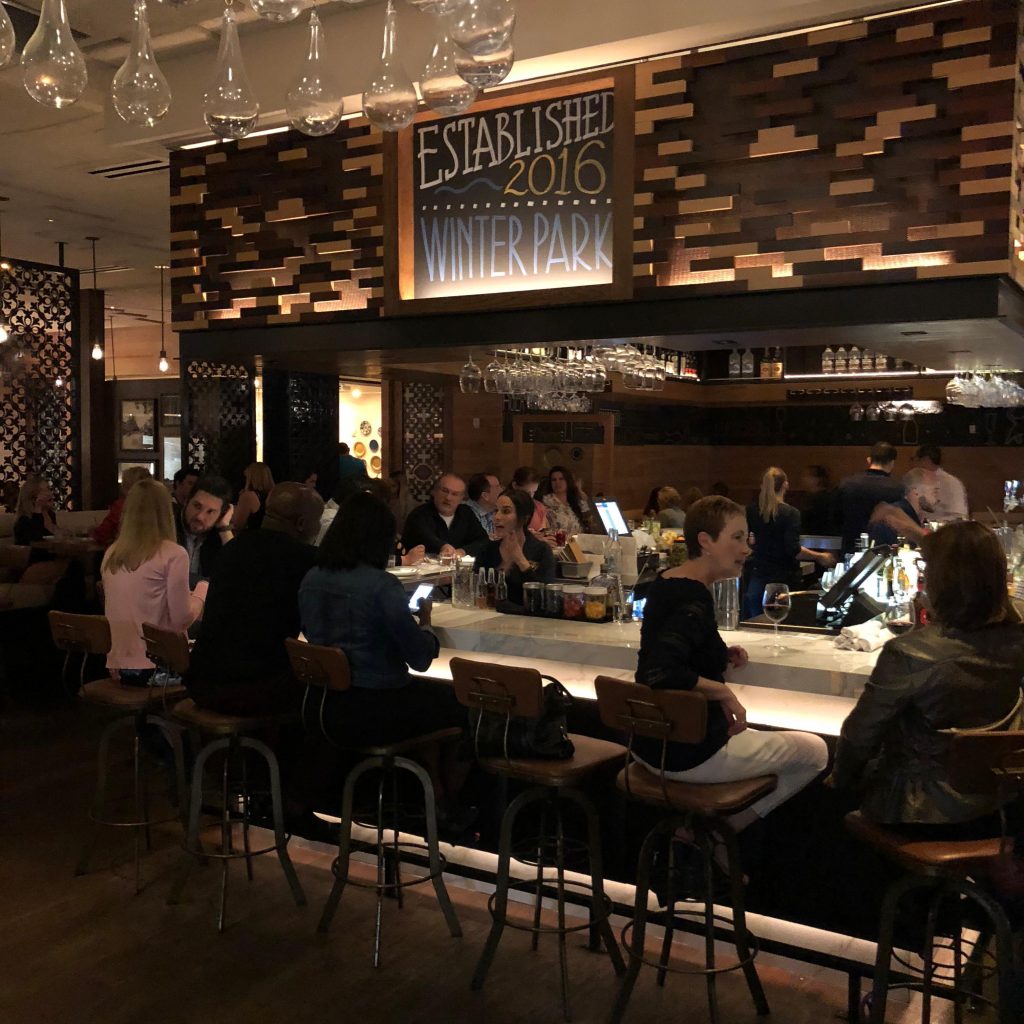 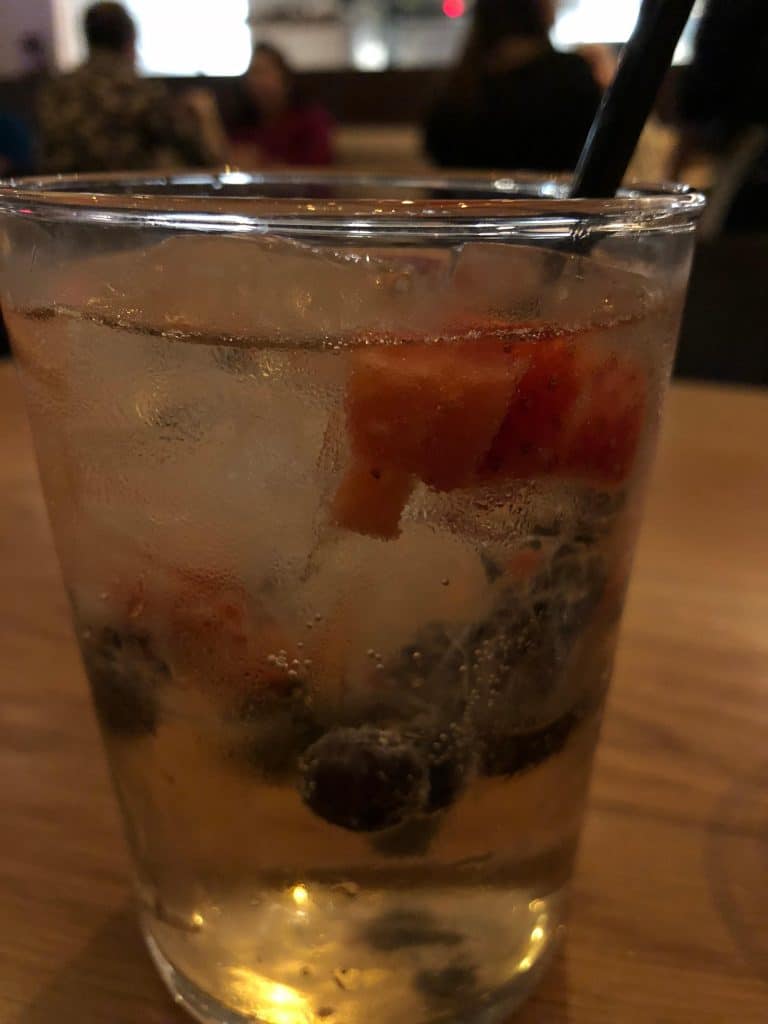 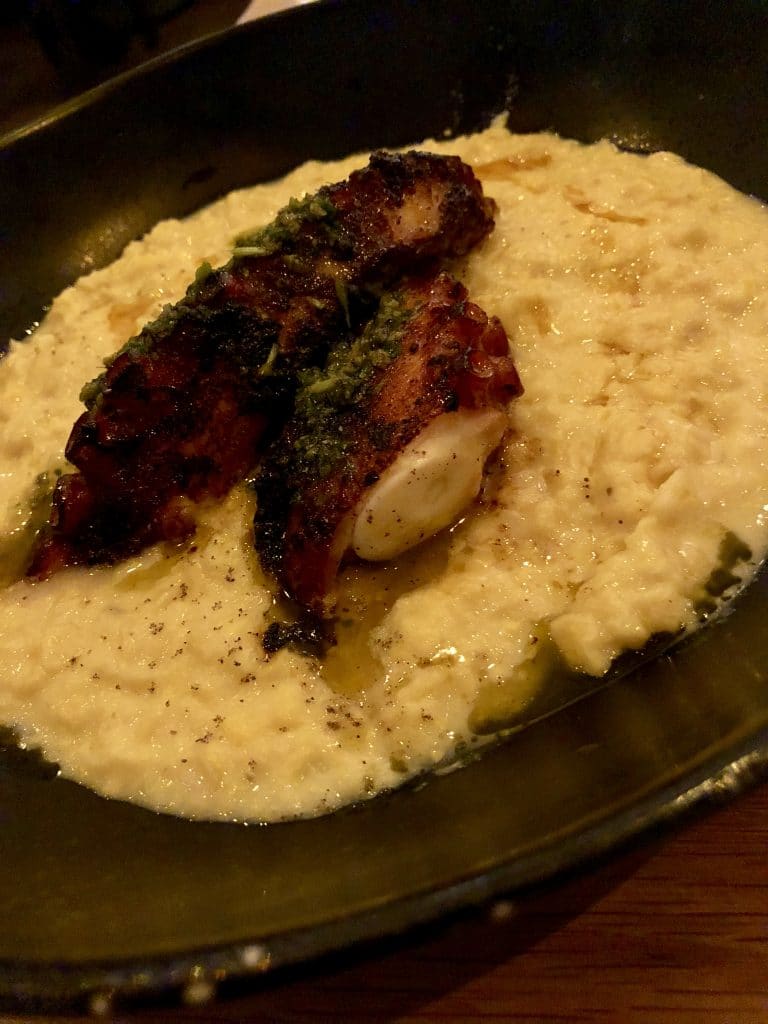 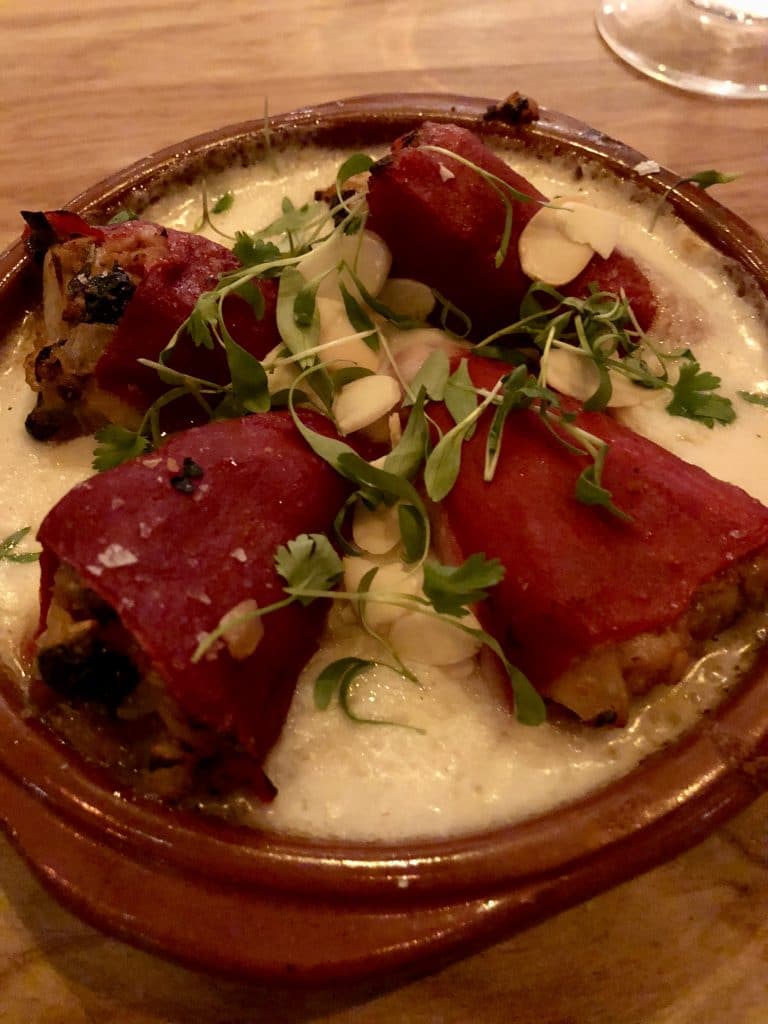 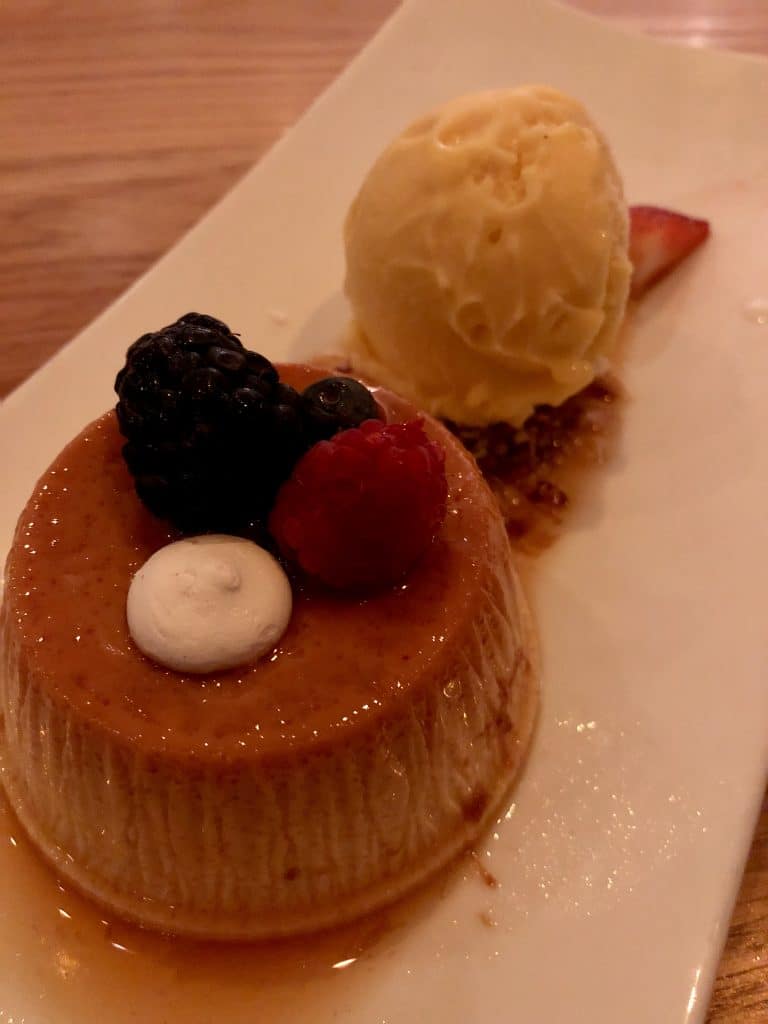