Had an eye on: San Fermo.

I noticed this small restaurant when visiting the Ballard Sunday Market and was intrigued by the facade….apparently one of the oldest homes in Seattle…from the 1850s and originally located in the International District. Now I understand why it caught my eye….seemed out of place….nothing like the surrounding late 19th century storefronts.

We started with the antipasti…looked like the most popular starter with a quick visual on entering. Highlights were the pickled vegetables and soppressata. Next up was the beet salad presented with a black trumpet vinaigrette….very nice balance with the sweeter beets and the tangy vinaigrette.

Our main was the saffron spaghetti bolognese….classically done with pork and veal…..and the pasta is obviously made in house. It was rich and delicious. The wine tonight was a very nice 2014 Nebbiolo d’Alba.

Ended with the chocolate olive oil cake….a bit on the dry side and less rich than expected but it was a nice, not so sweet, end to the meal.

Service was very good and the space cozy with seating for about 40, so consider a reservation on nights known to be busy. Note that they add 20% service to the bill….which isn’t that unusual for Seattle. 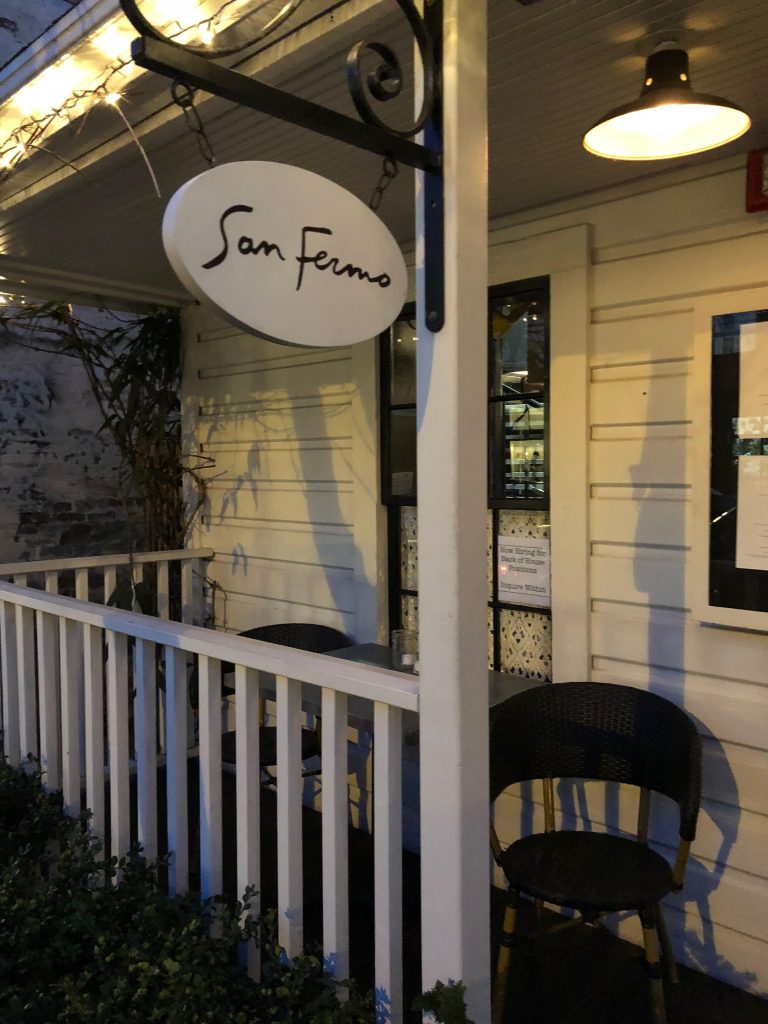 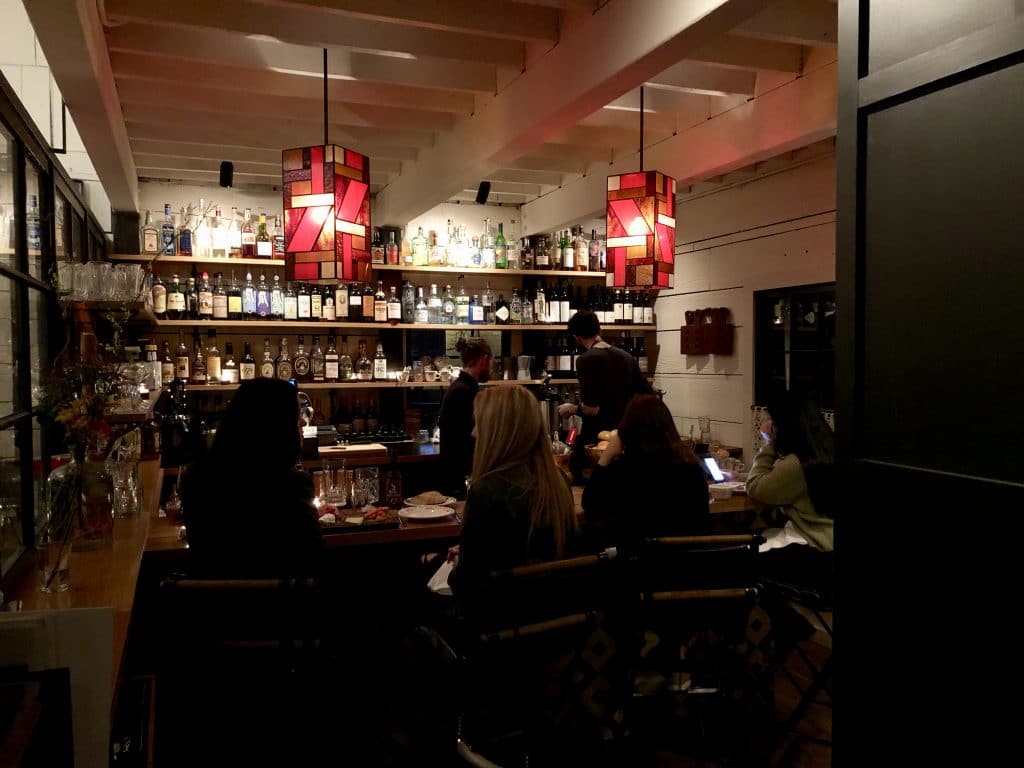 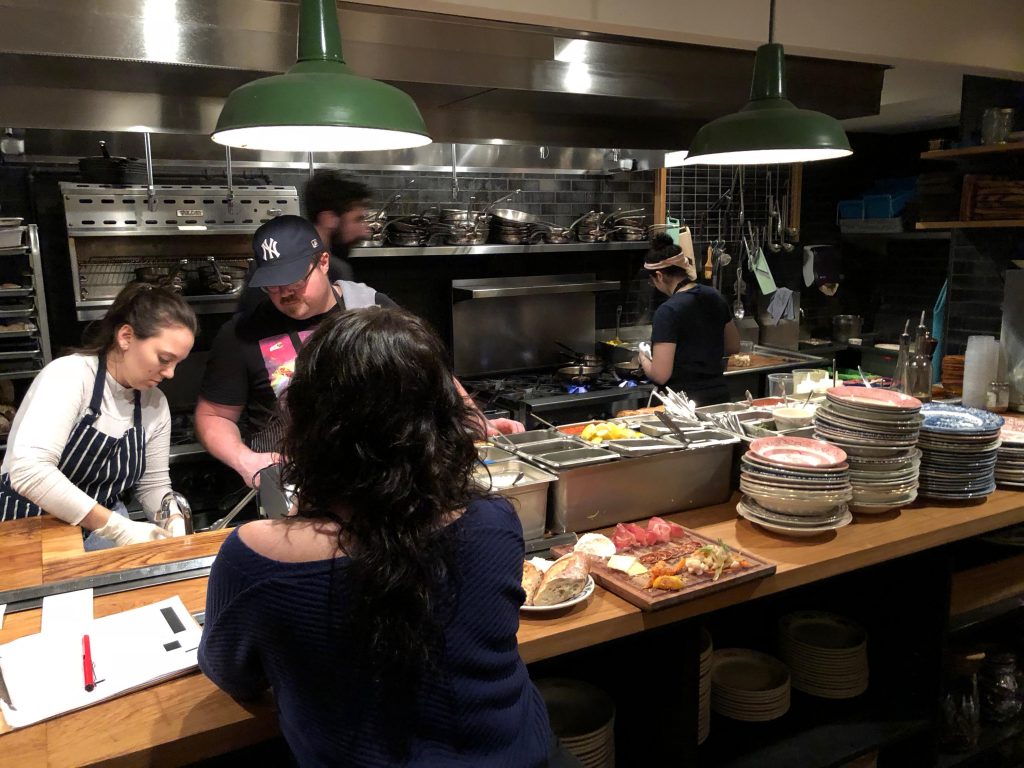 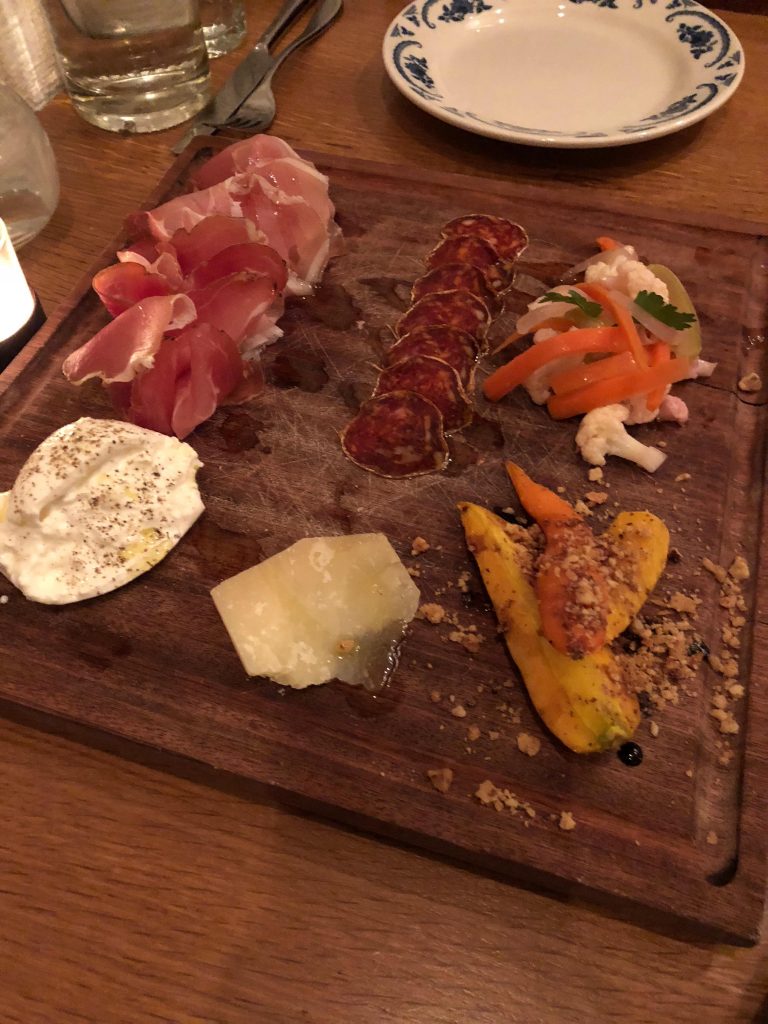 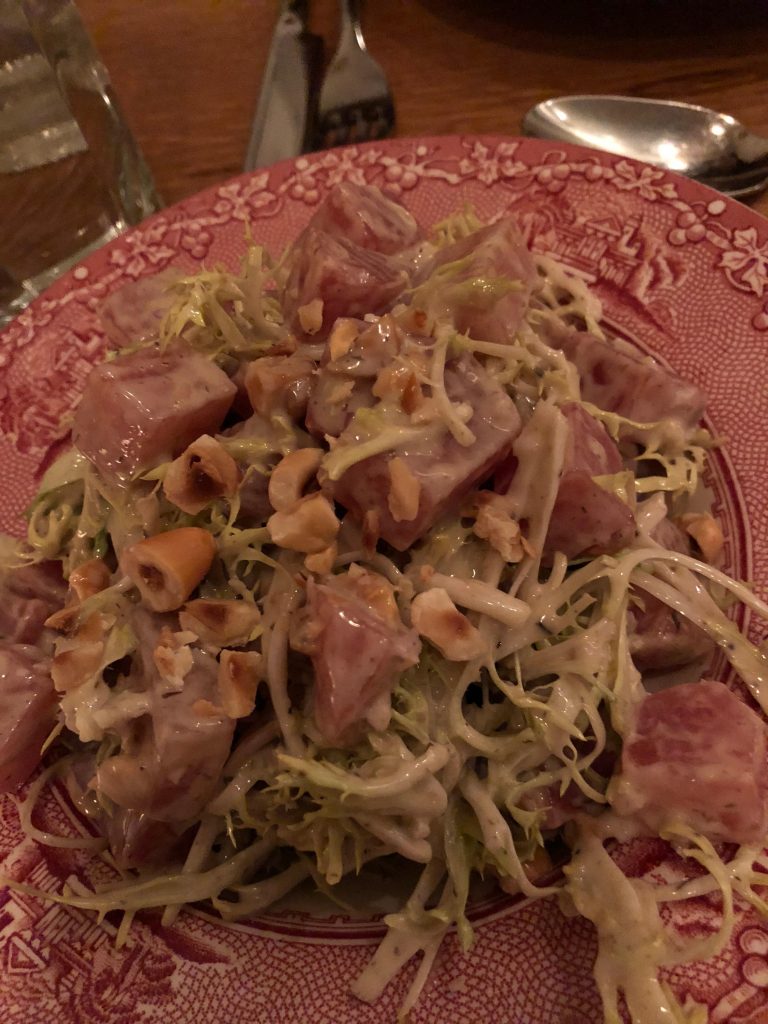 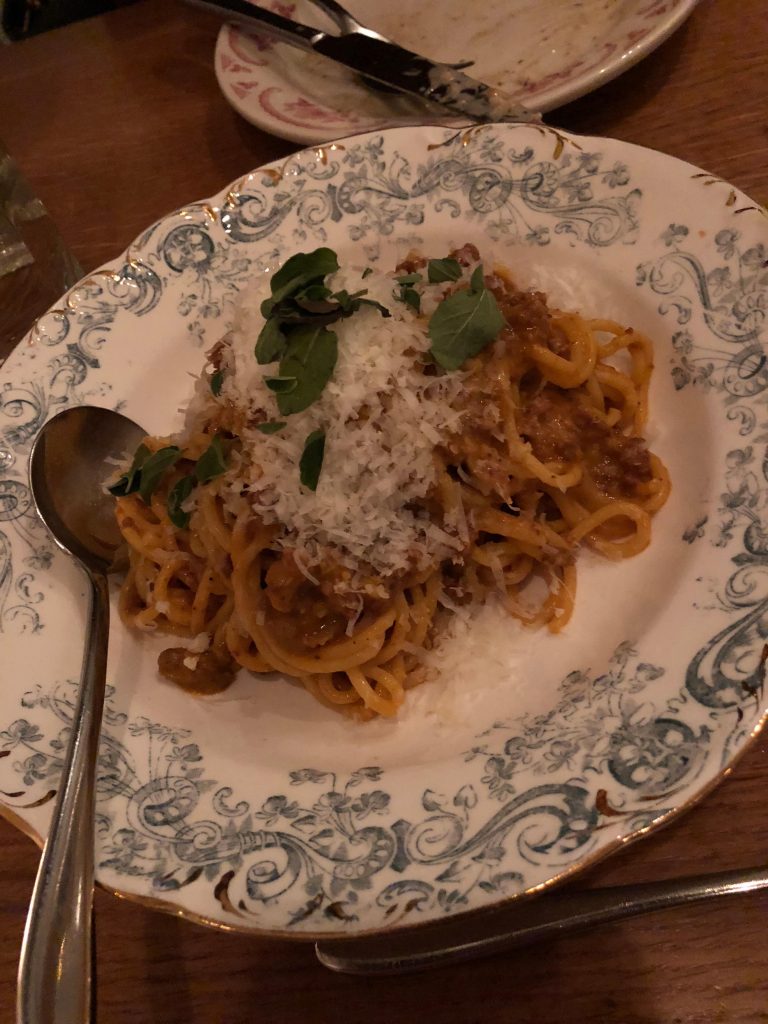 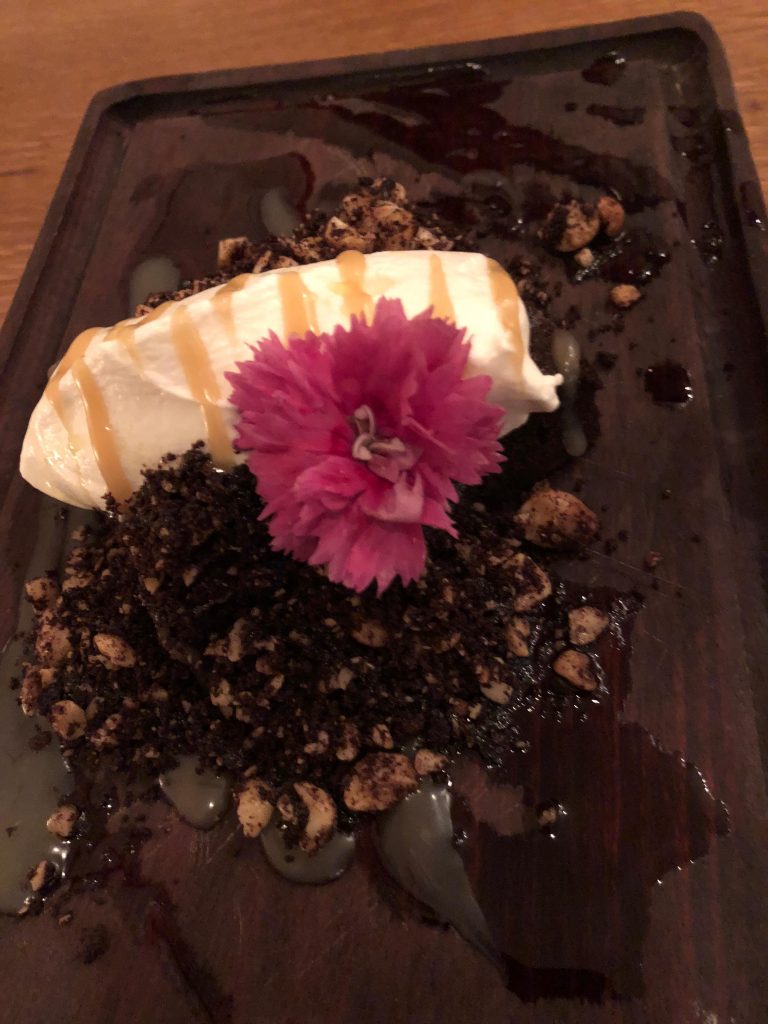