Everybody wanted Peking Duck so we decided this place fit the bill: Sang Kee

It has been awhile since I’ve had this quintessential Chinese dish…..last time was in Beijing, so the bar was set high for this Chinatown establishment.

The space is typical of most Chinese restaurants….hole in the wall from the outside but there are multiple floors with dining areas. The tables are large and have the requisite Lazy Suzan for sharing. Food is served family style.

There were 10 of us, so much food was ordered including the duck. It arrived in the typical fashion…off the bone with very nicely crisp browned skin. Served with pancakes which were large and looked more like tortilla than the usual but nonetheless were quite good. Clearly duck is the thing to have here but the other dishes were also good. Standouts were the wonton and vegetable soup….excellent flavors in the broth, crispy shrimp egg roll, chicken with eggplant in garlic sauce, and the honey walnut shrimp. The steamed vegetarian dumplings were a very odd shade of green but were also good once you got past the unnatural color. 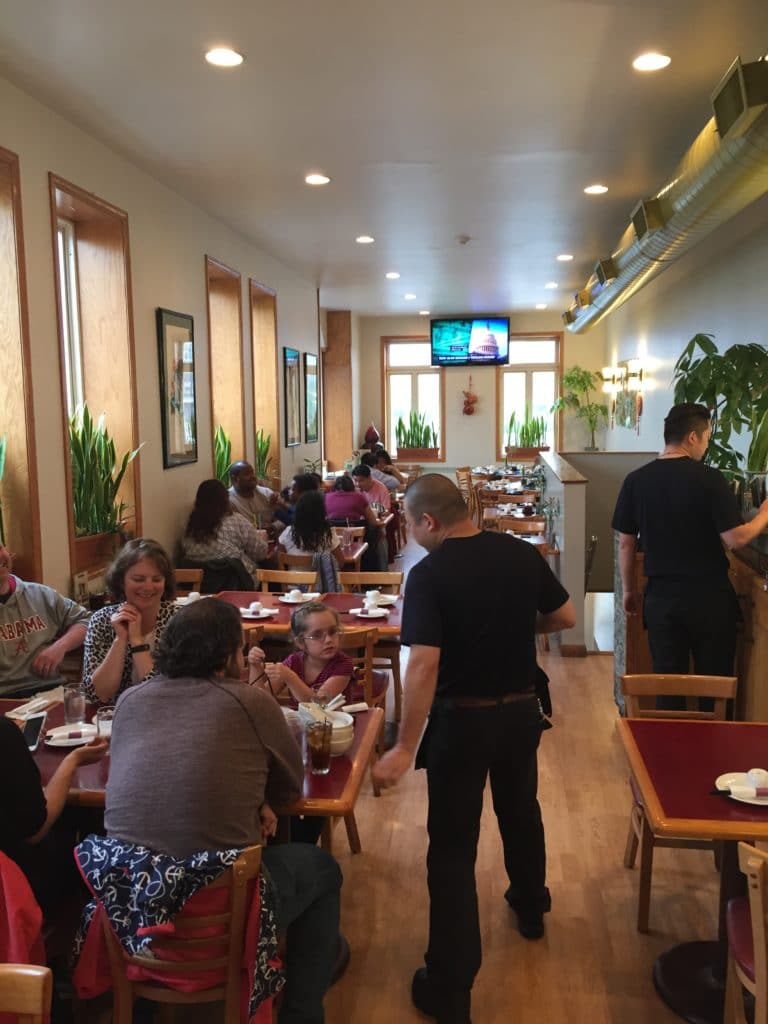 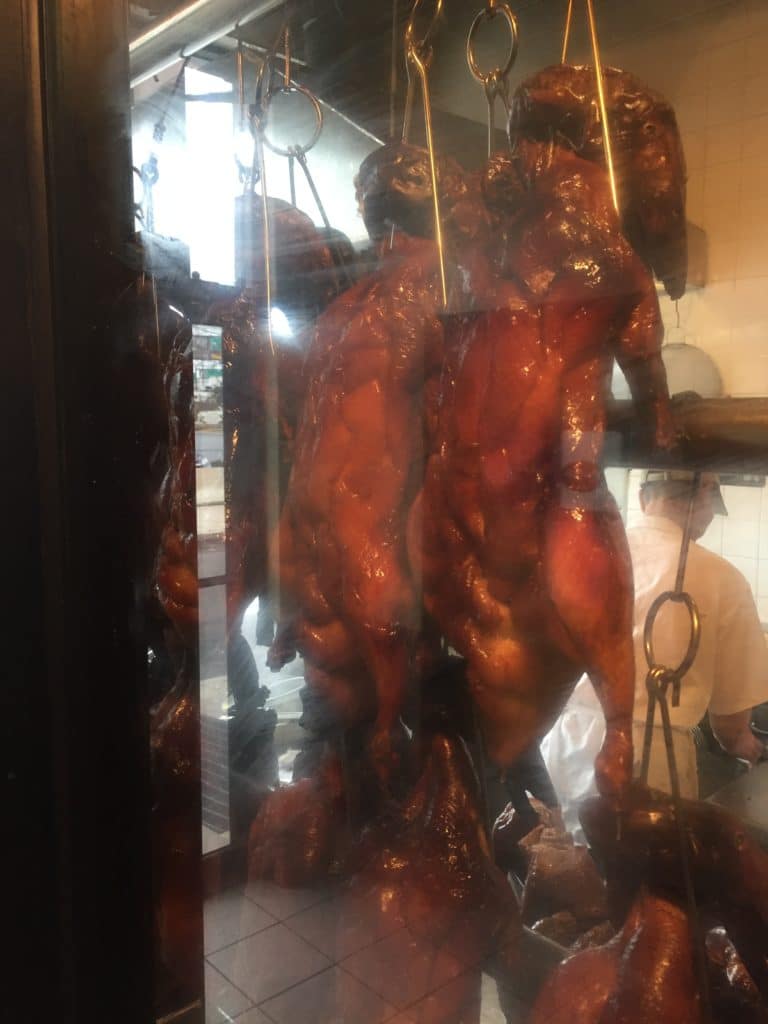 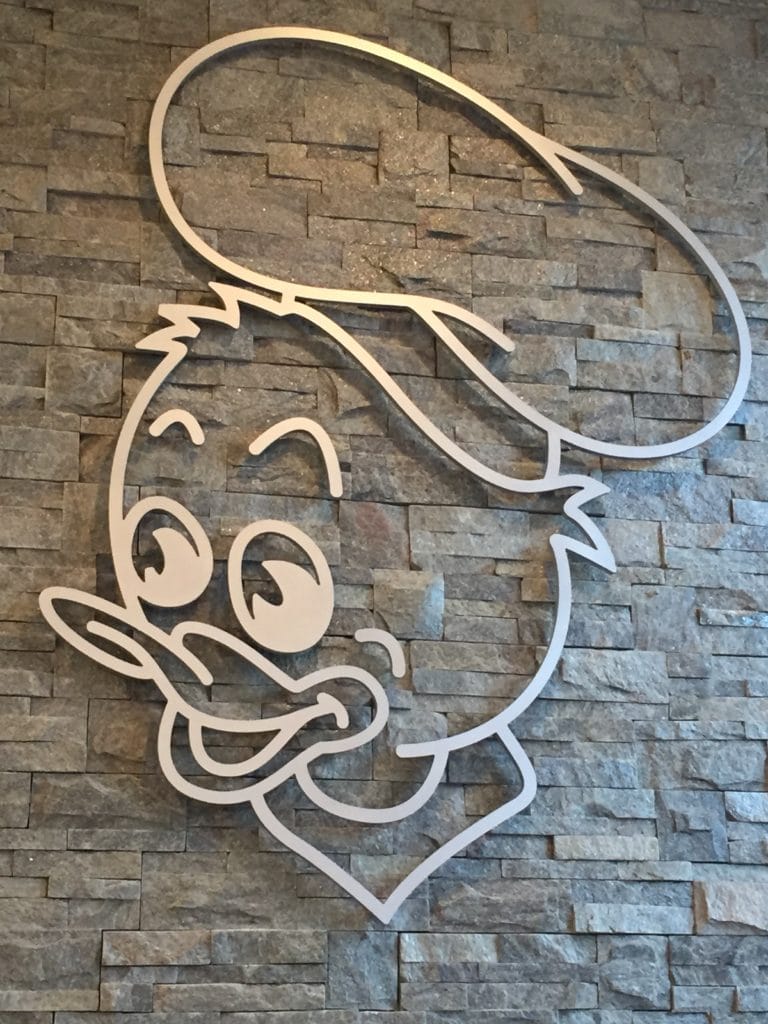 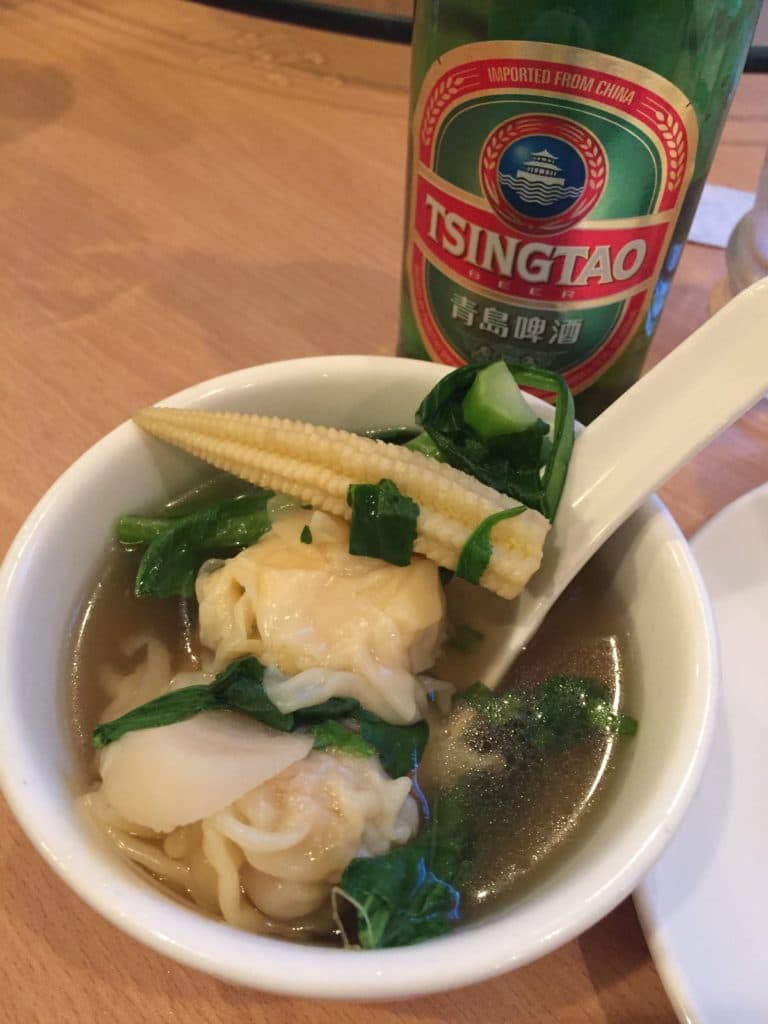 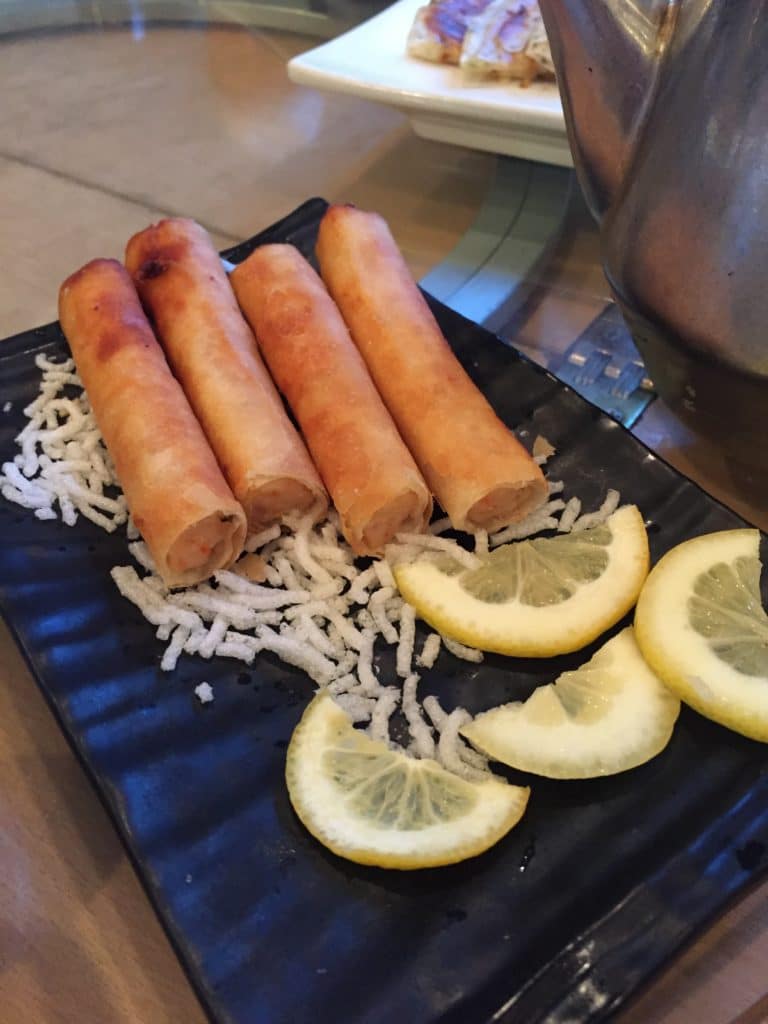 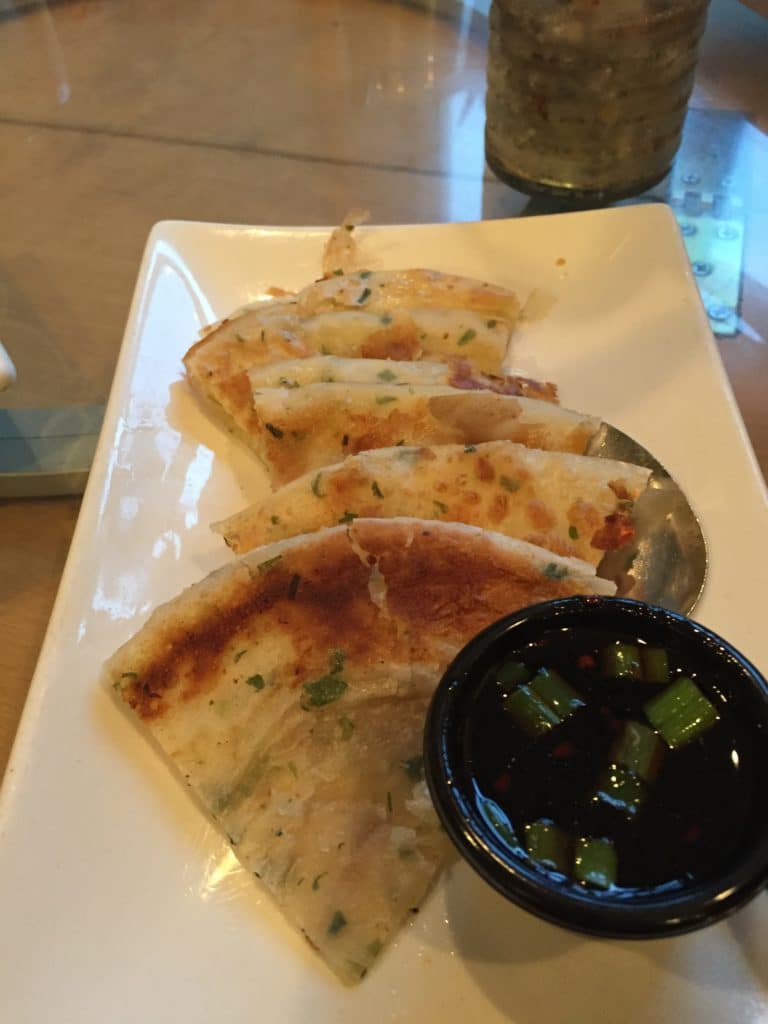 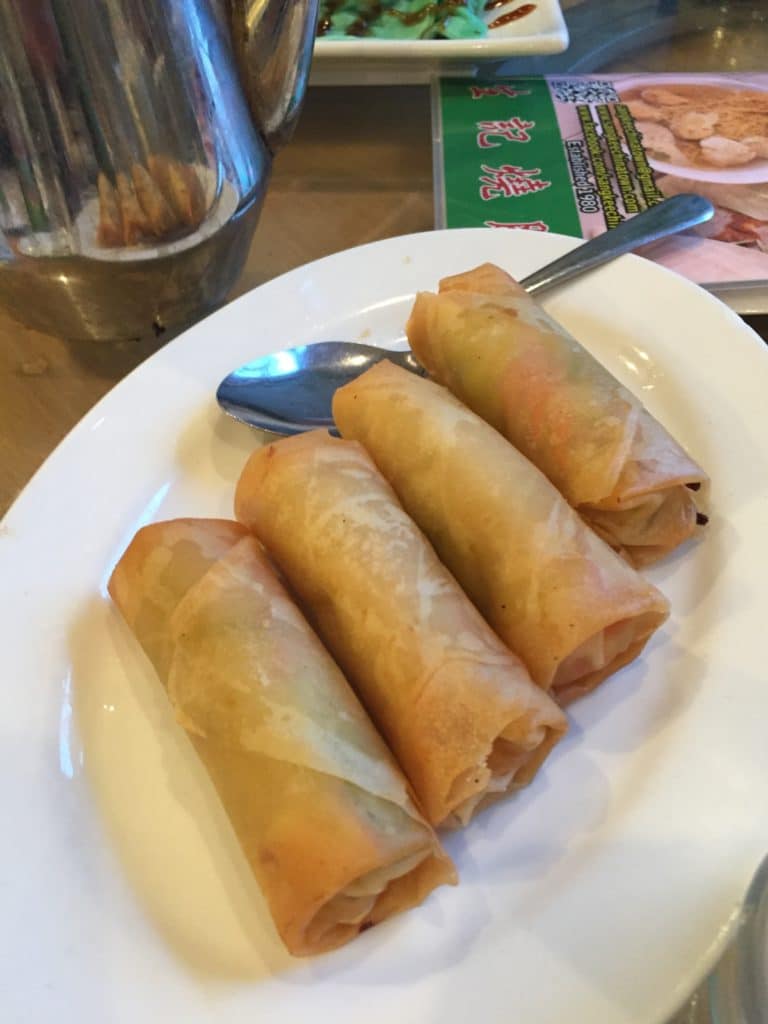 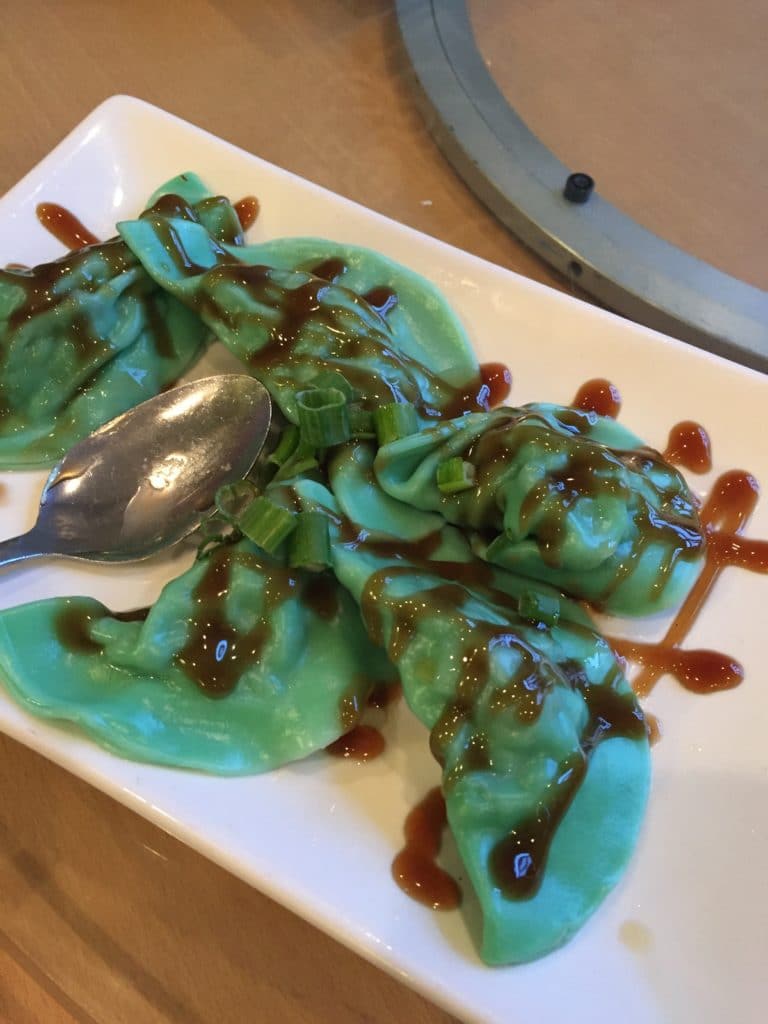 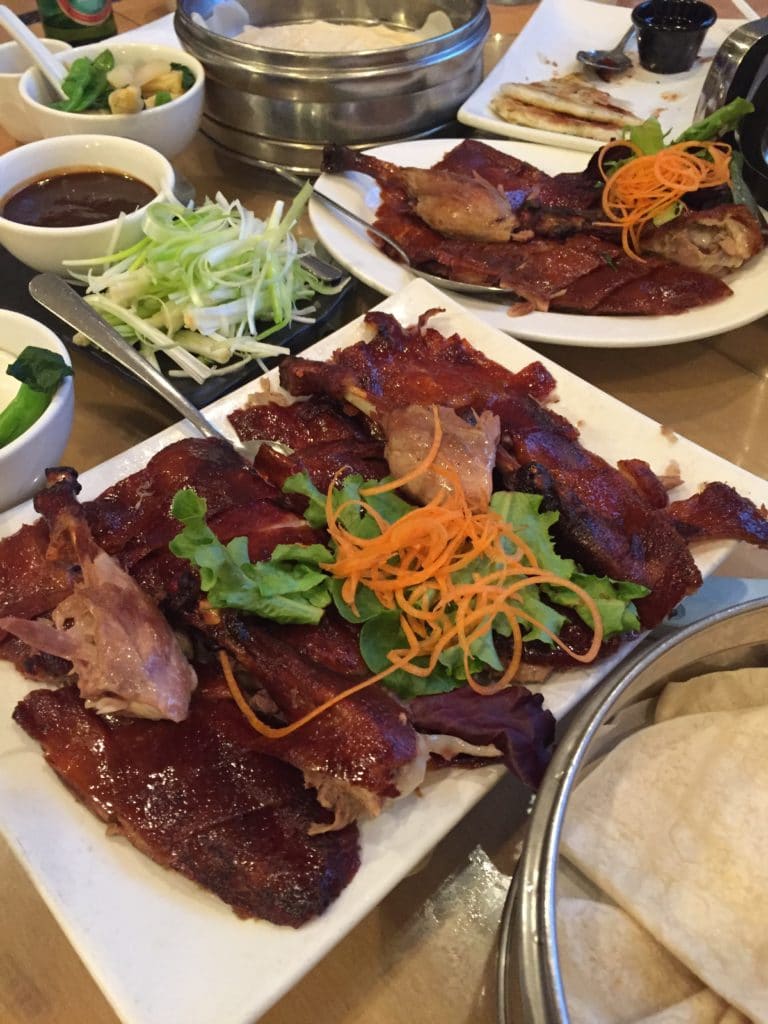 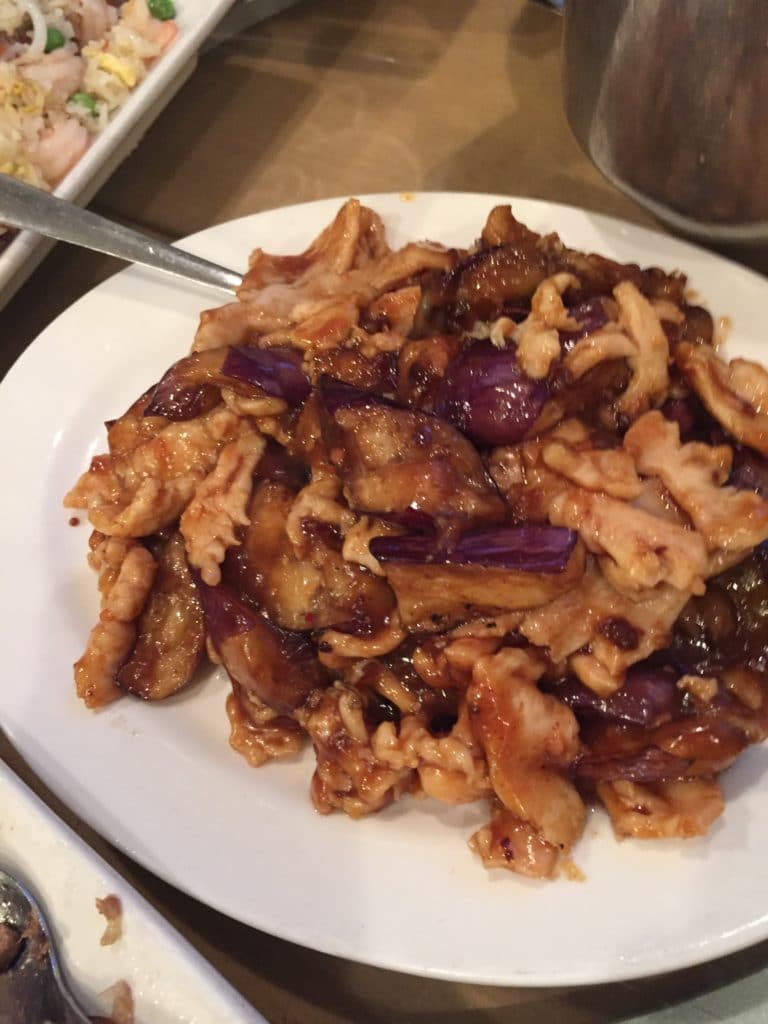 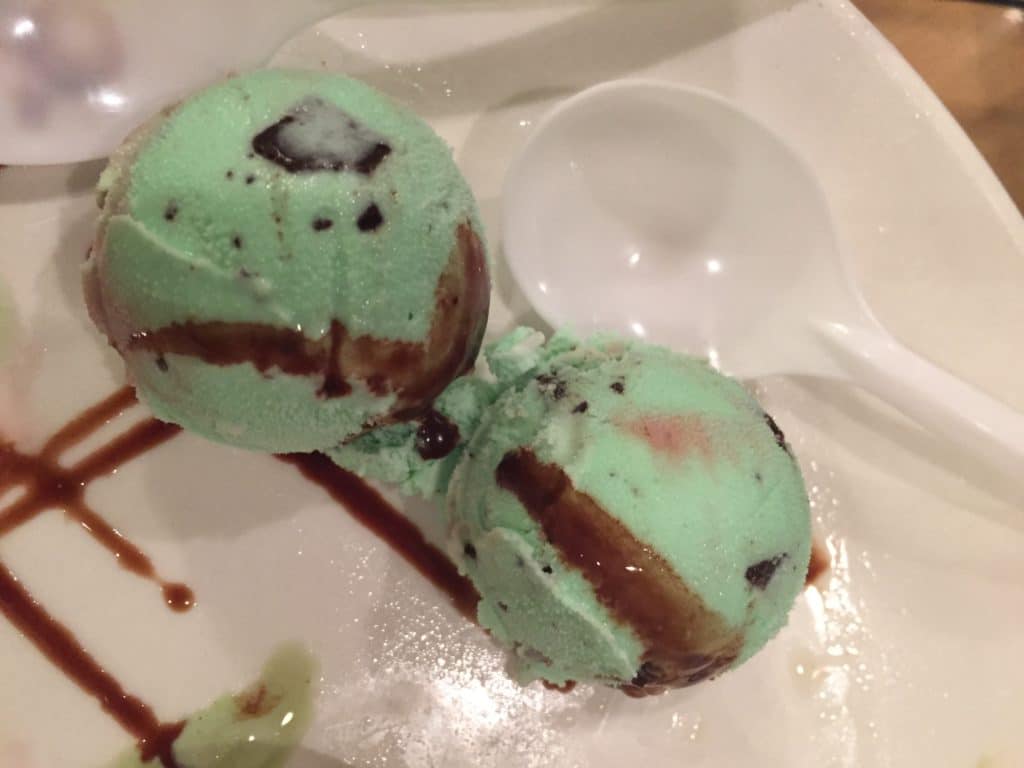