Visiting with our daughter who is a Vancouver “local” and she recommended we give this place a try…it did not disappoint.

The pizzas are cooked in a woodfired oven in about 90 seconds…in the true Neapolitan fashion. I’m told you aren’t supposed to cut it up but we succumbed to a knife and made short work of both choices. Our favorite was the Salsiccia e Rapini with anchovies and white sauce. We wanted anchovies on one pizza and our server recommended they be added to the Salsiccia and that was a perfect recommendation…simply delicious and the saltiness of the anchovy made the pizza.

For dessert we had the largest portion of tiramisu I have ever seen! It was spot on as well and the recommended Vinosia Roce Roce was a nice substitute for my usual Vin Santo…..sweet but without the hazelnut flavor. It’s made in a similar way…grapes are dried after harvest for several months until they are raisin like. It is more sherry like in taste. The grape is the Fiano instead of the typical Trebbiano and Malvasia grapes of Tuscan Vin Santo.

Don’t be put off by the street “presence” of the place….almost looks like an abandoned storefront. It isn’t and the space is cozy…made all the more so by the woodfired oven.

Arrive early if you can….we did and there were at least 30 people in line by the time the doors opened at 5 pm. It was filled to capacity 20 minutes later.

You’ll need to Google the location….unless you are a local….since it isn’t in the downtown tourist core. 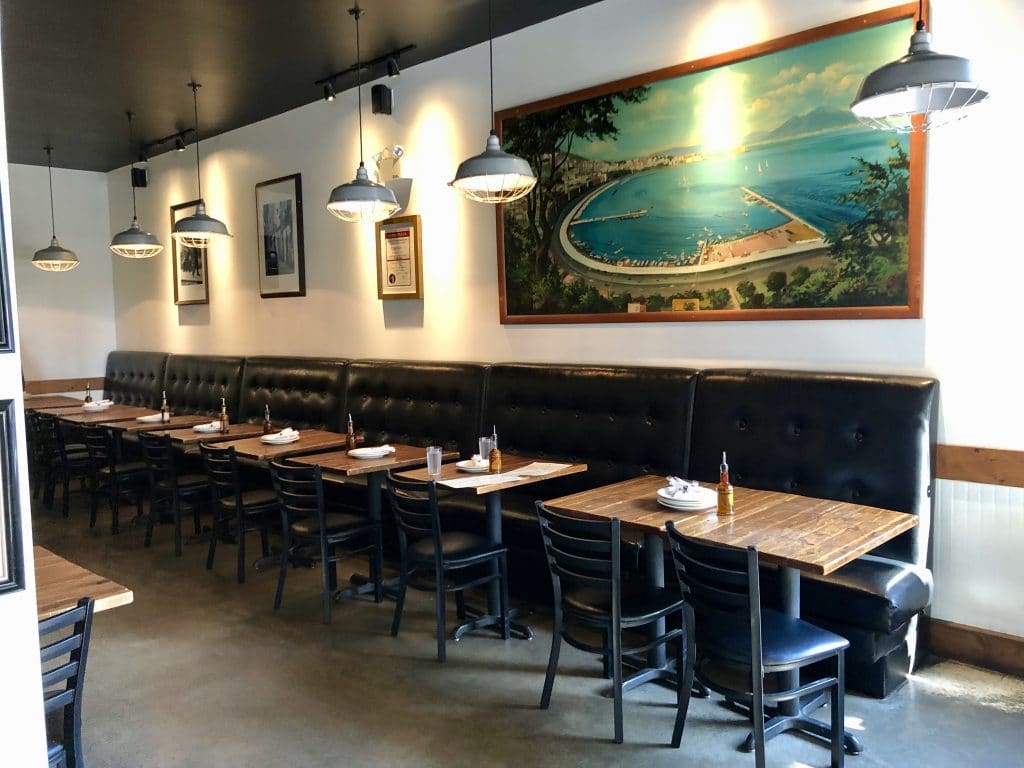 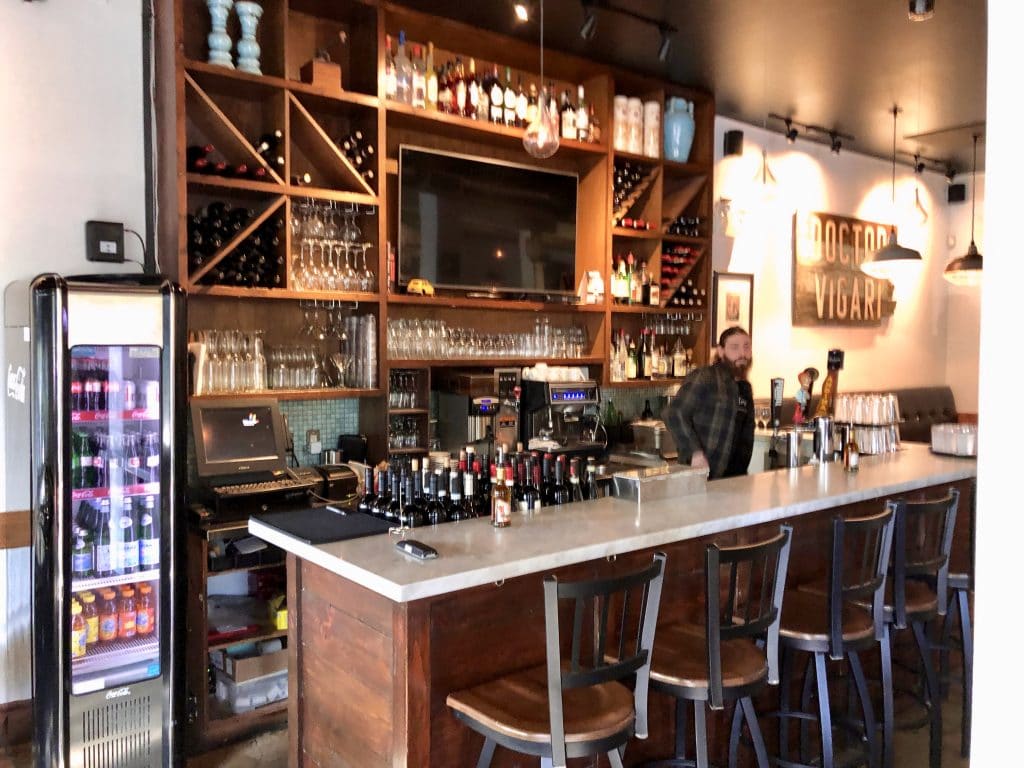 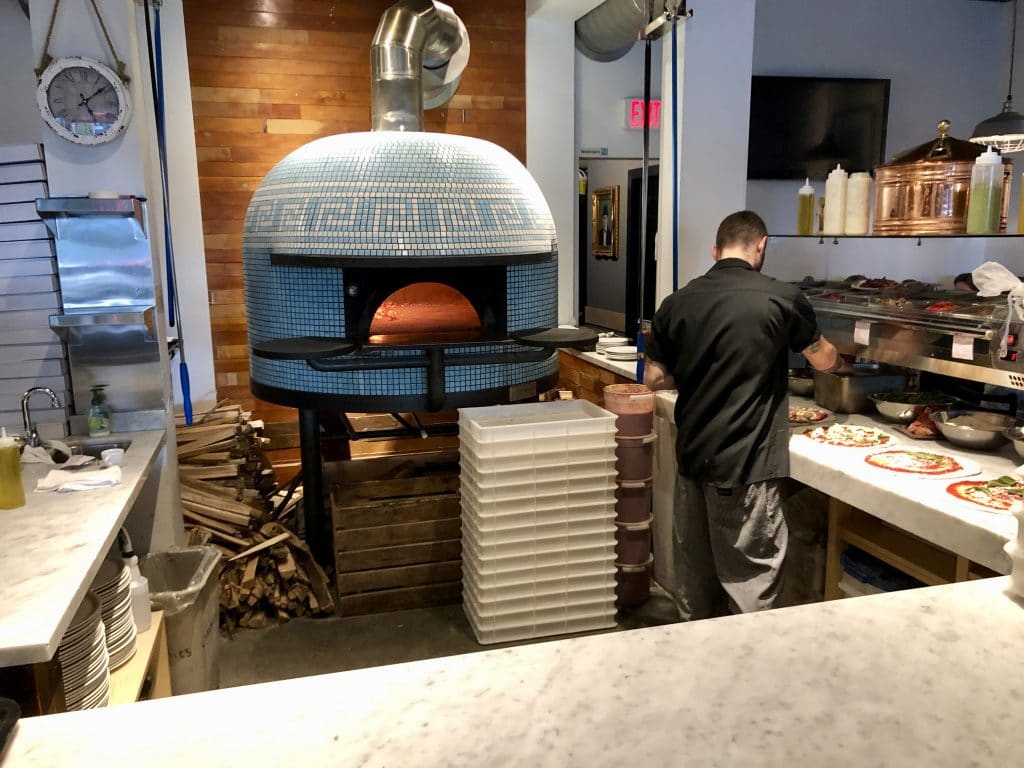 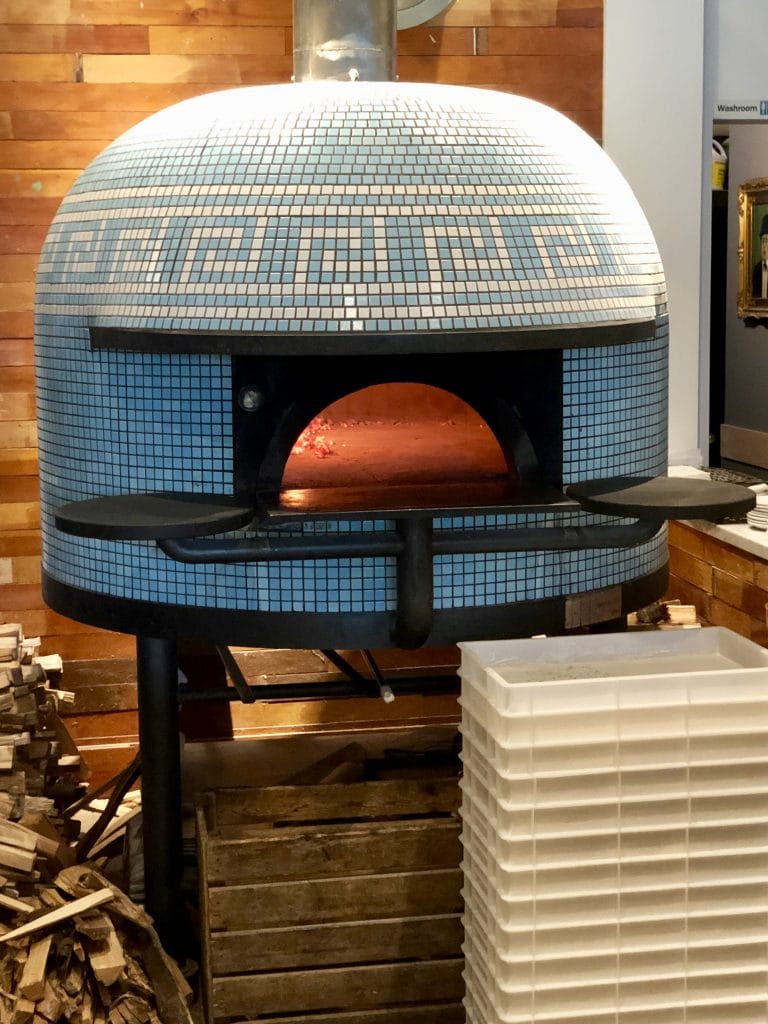 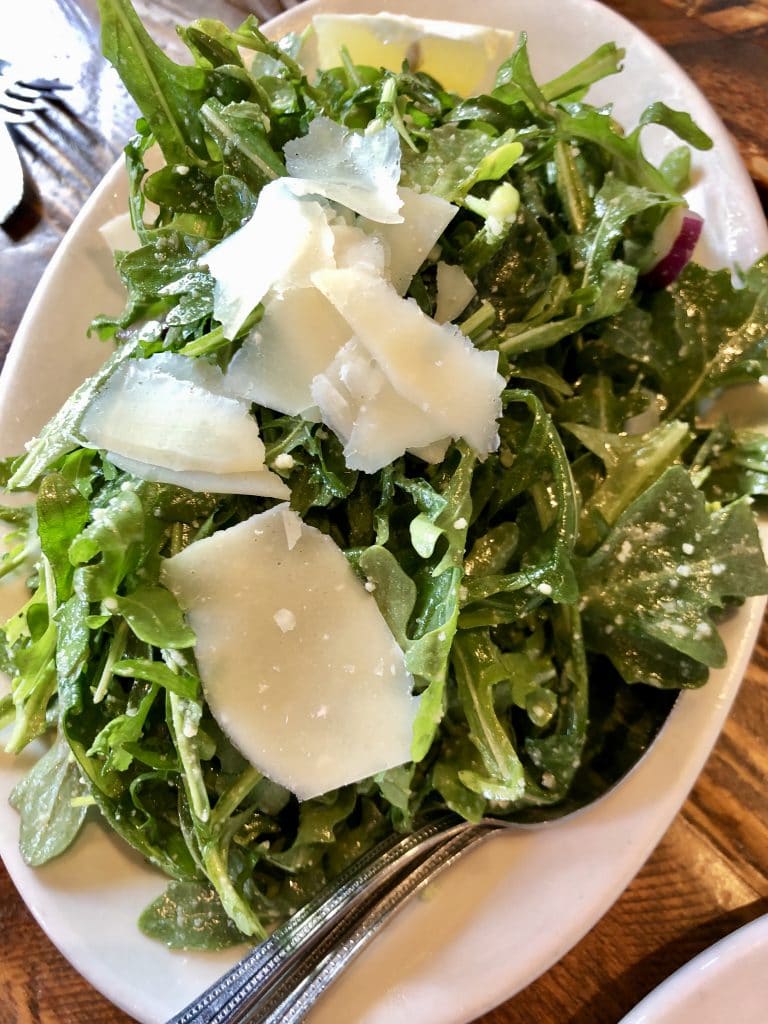 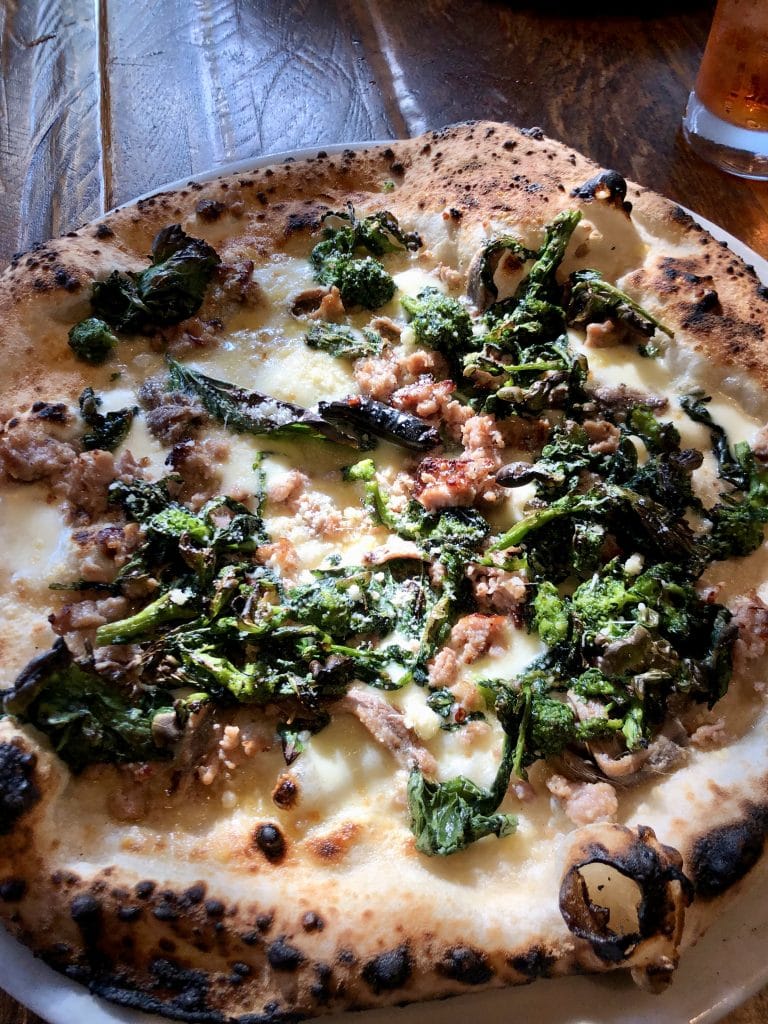 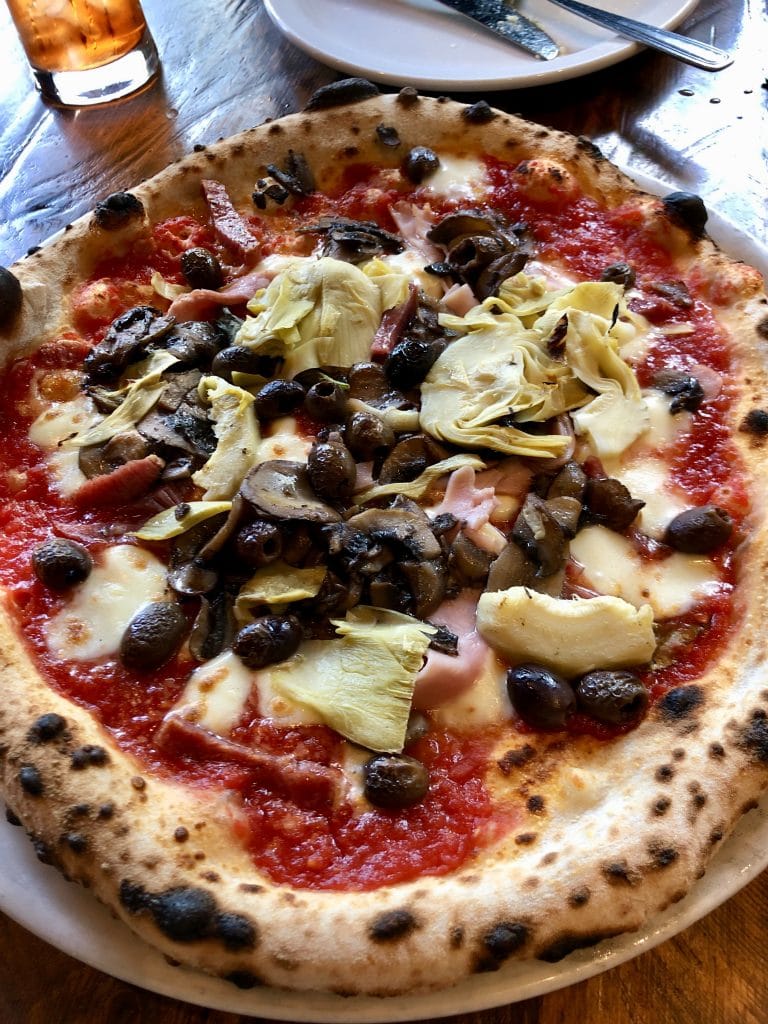 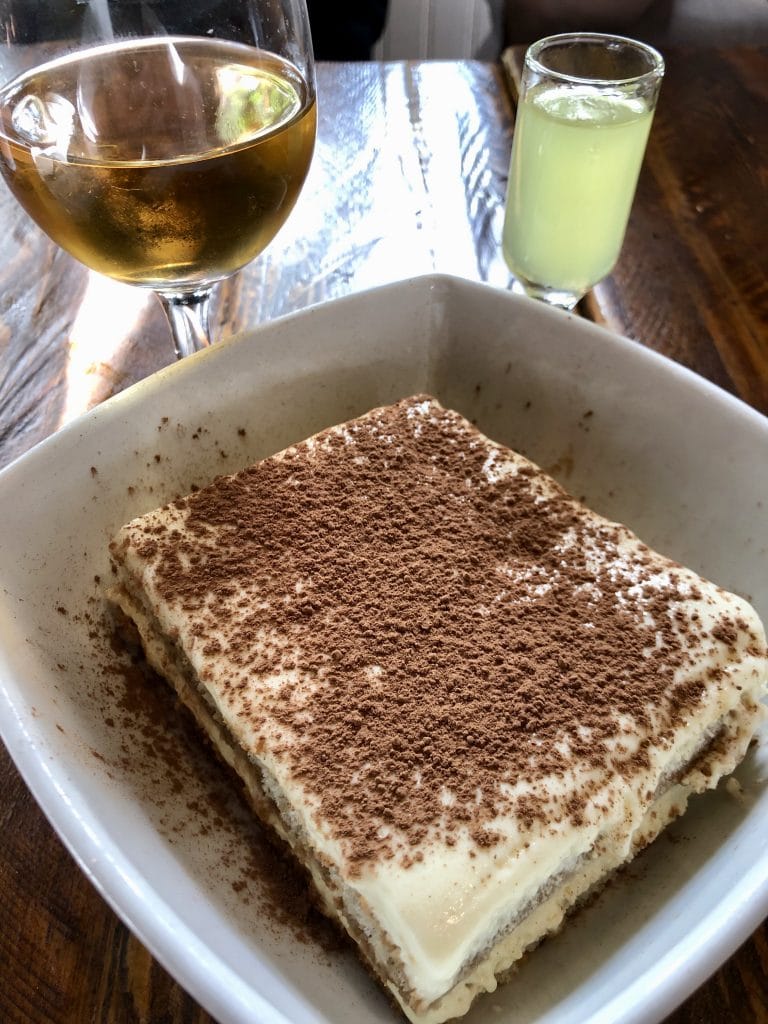 Italian/Japanese fusion and a place to share food: Kissa Tanto. Since our first visit shortly after it opened in 2016 its become a real star…see the recent article NYT…the second...

Mexican on Granville Island: Alimentaria Mexicana. Not sure how large the Mexican food scene is in Vancouver but despite this being in one of the major tourist spots the food...

Off the tourist path: Les Faux Bourgeois Bistro. As I’ve mentioned in previous post, our daughter lives in Vancouver so we get to experience more of the local culture than...

Did anyone mention coffee: Sunflower Cafe. Nice little cafe serving coffee and bakery items on the way to Whistler or, for the more adventurous, you can see The Chief from...

On the way to Whistler: Salted Vine. This is a must visit…in the growing city of Squamish which is about halfway between Vancouver and Whistler. Who would have believed this...