The second offering from the highly regarded chef/owner of Salare. The food has a more Southern focus than Salare starting with the bread….biscuits and cornbread as choices. Not to start a debate but the cornbread is sweet…

The menu is just the right size with many starters, salads, mains and sides that can be shared…so try a bit of everything. There is the typical…okra and the bit more unusual….fried pig’s ears and even chitlins.

Started with the biscuits…buttery and delicious….could have had a dozen of these little things. Next up was the charred okra with peanuts and dried chili vinaigrette. I know most of you are not fans of okra but done well, it is an incredible vegetable. This is a fine example of okra done well and one of my favorite dishes of the night.

Now comes the fried pig ears….I realize this isn’t on your gotta have list but you gotta try this dish. Very crunchy, like cracklins, but with a wonderful flavor made all the better by the pickled onion and pecan butter that accompanied it. I did try the quail gumbo which I have to admit, while the roux was as expected…dark and rich…the flavor of the soup was a bit different than the classic.

We tried two of the mains: the catfish with grits and fiddlehead ferns…the fish was melt in your mouth served on a bed of creamy grits and the pork loin which was served with a rich king trumpet mushroom gravy, cow peas and kale.

Finished with a dessert sampling of hummingbird cake…classic southern offering and coconut cream pie. Both were good but the nod goes to the cake.

The space is in the old Heidelberg restaurant but it has been significantly improved and made more upscale with a large bar and much improved seating. The wine list is minimal….the French Pinot Noir came in a pop top can…….what!…it wasn’t bad as a table wine. The cocktail and beer list was a bit more robust. If you aren’t into alcohol they also have…as expected… sweet tea.

On a second visit we came for late lunch….since the chef made the James Beard list it’s been hard to score a table. No problem this time and day. We set at the bar which made things easy. My choice was the chicken gizzards……outstanding in a rich white BBQ sauce which had a bit of spiciness. The pickles that came with the dish were superb! We also had a side of mixed pickles….the sunchokes were to die for…and a side of collards….classic. The soup of the day (not pictured) was an excellent squash soup with almonds and pumpkin seeds.

COVID takeaway: Pulled pork with a Carolina vinegar based sauce, fried okra…whole pod, pickled vegetables and ferments, seafood gumbo and apple pie. All were excellent and again, the okra was a must have even if you don’t like okra. 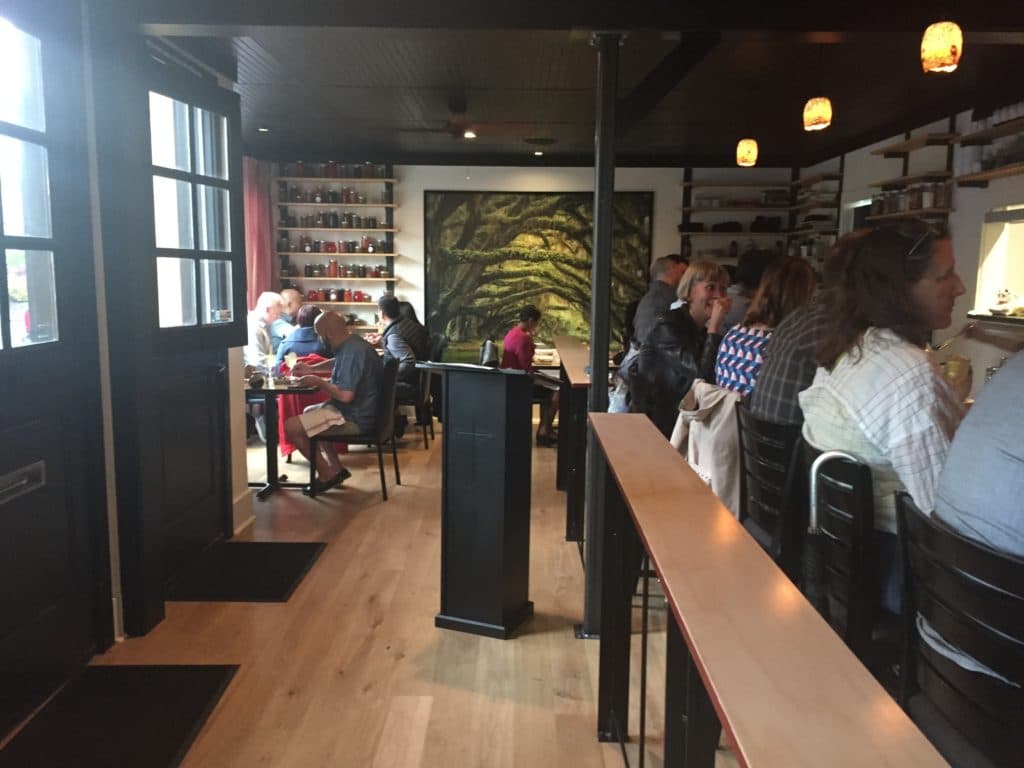 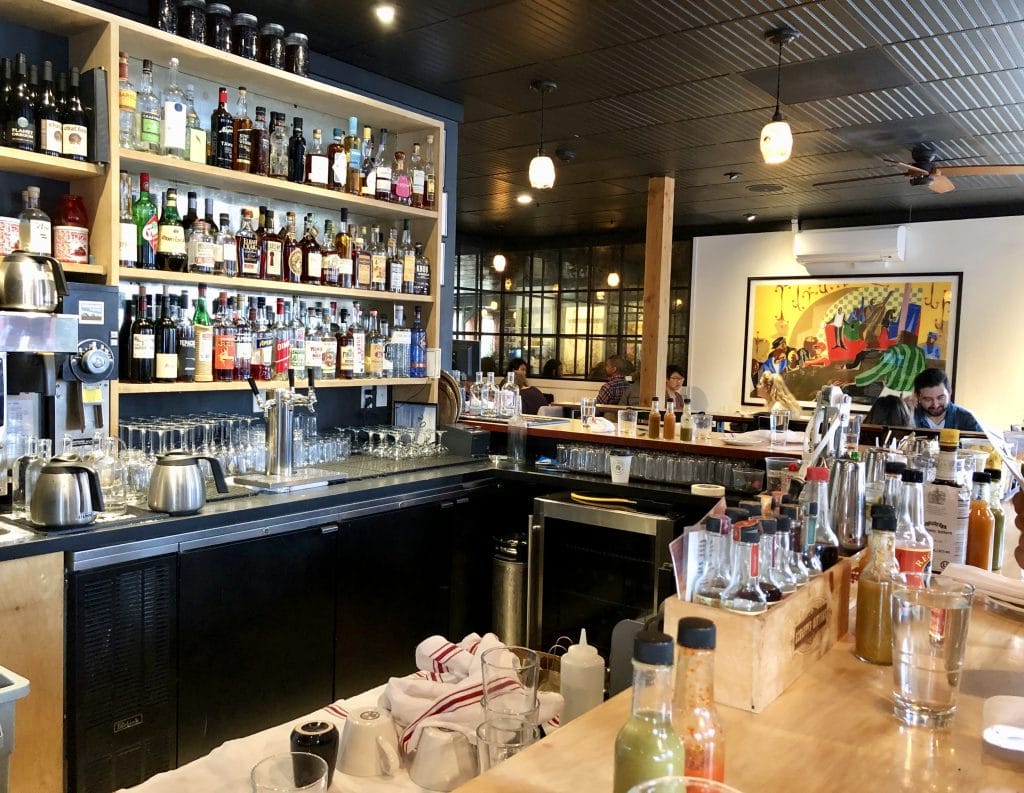 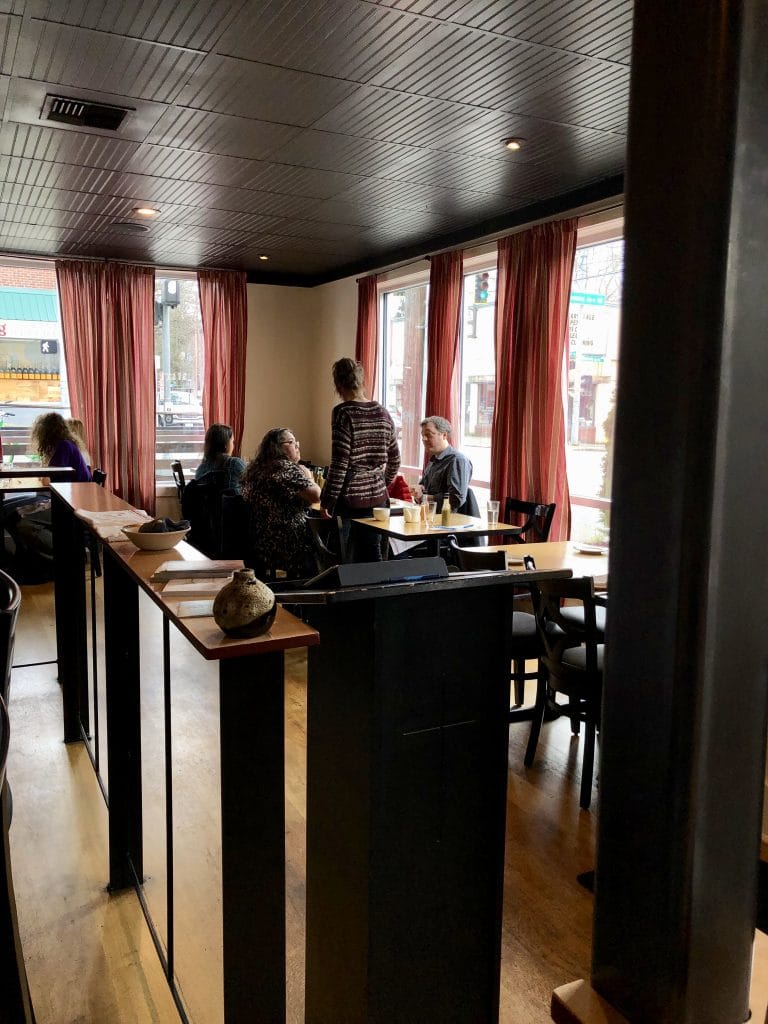 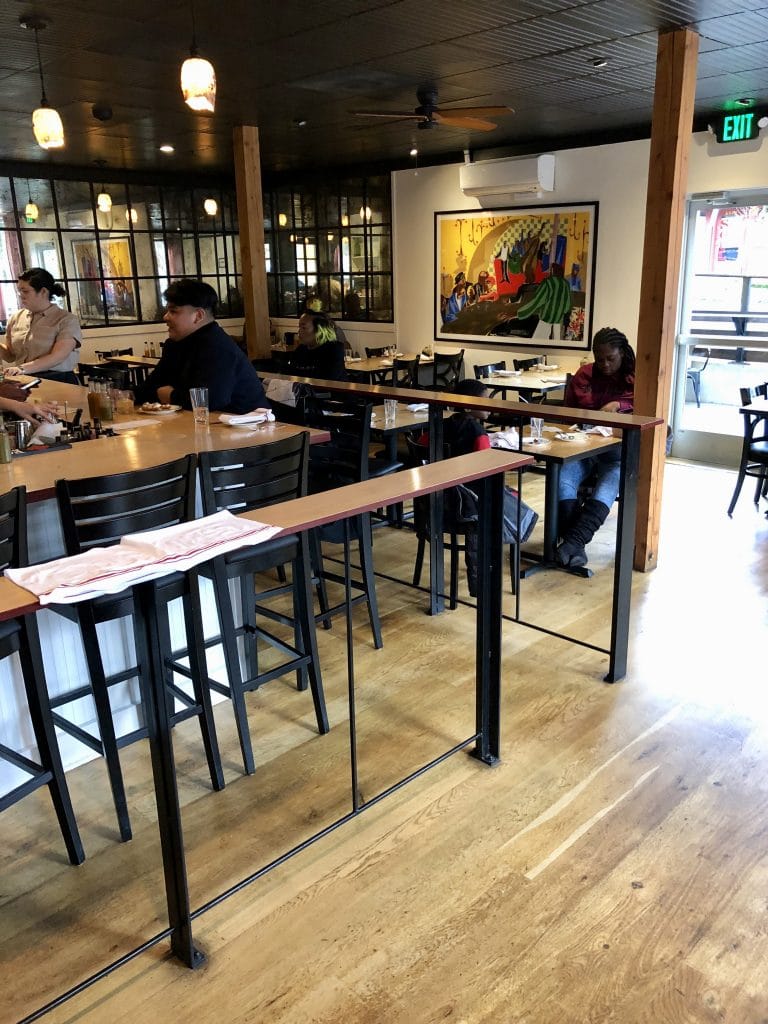 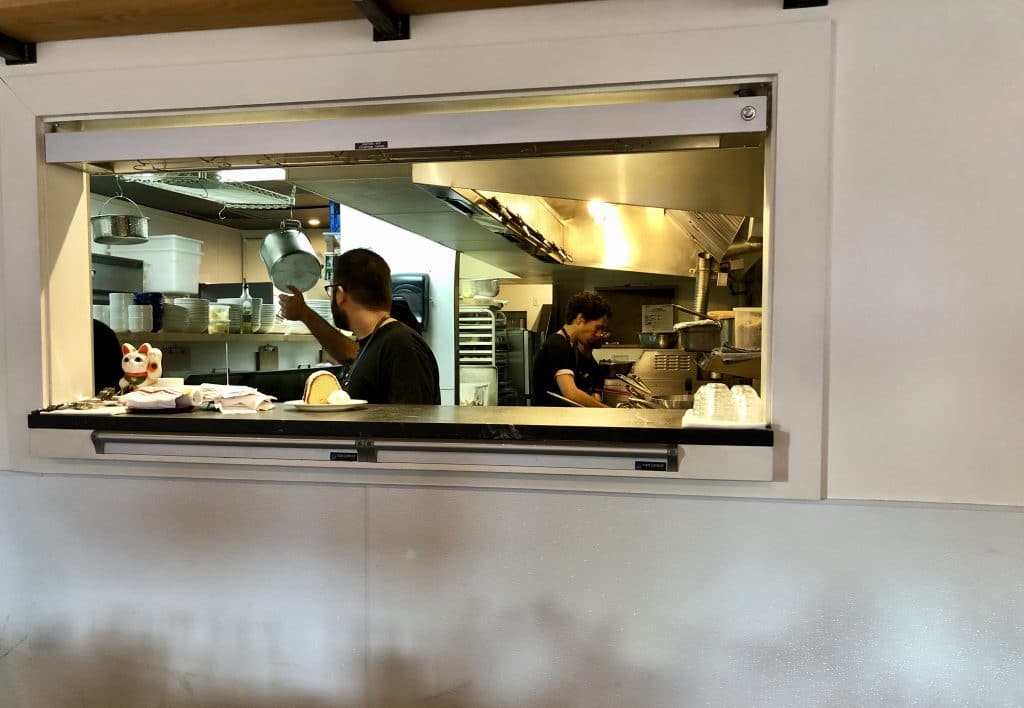 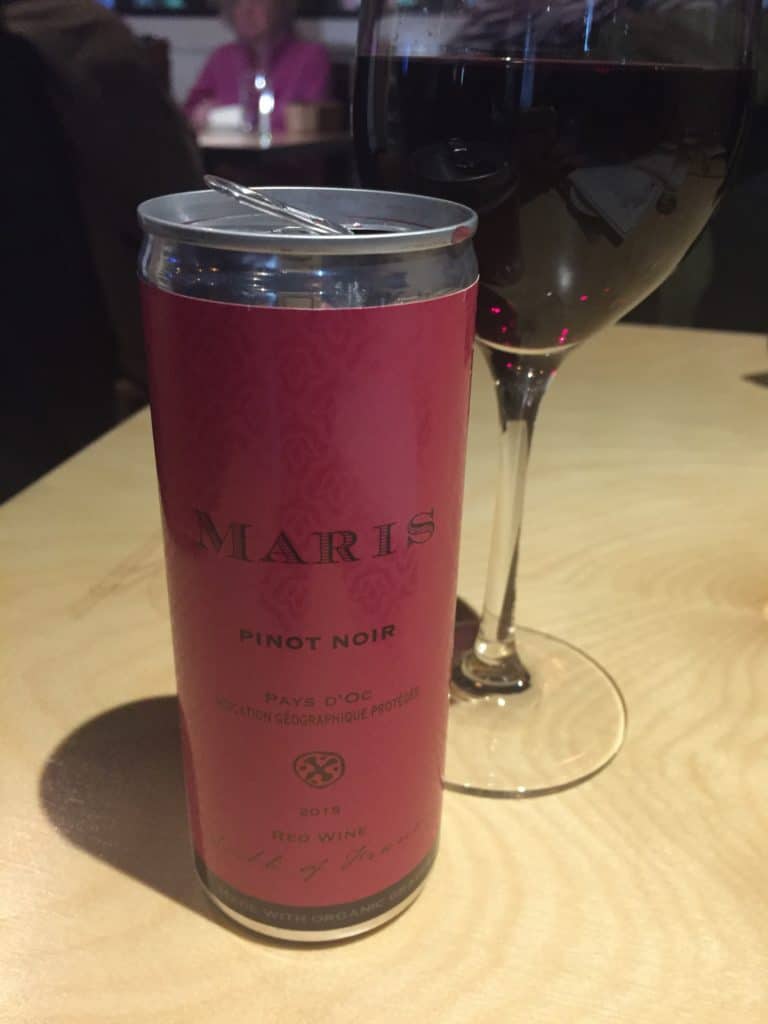 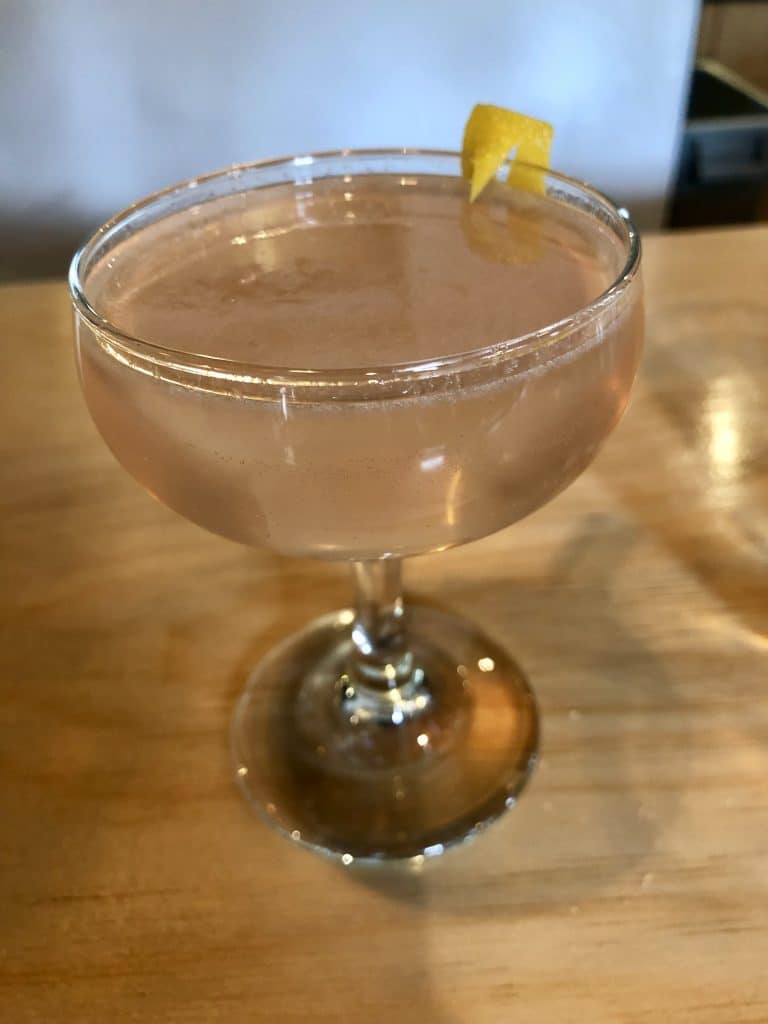 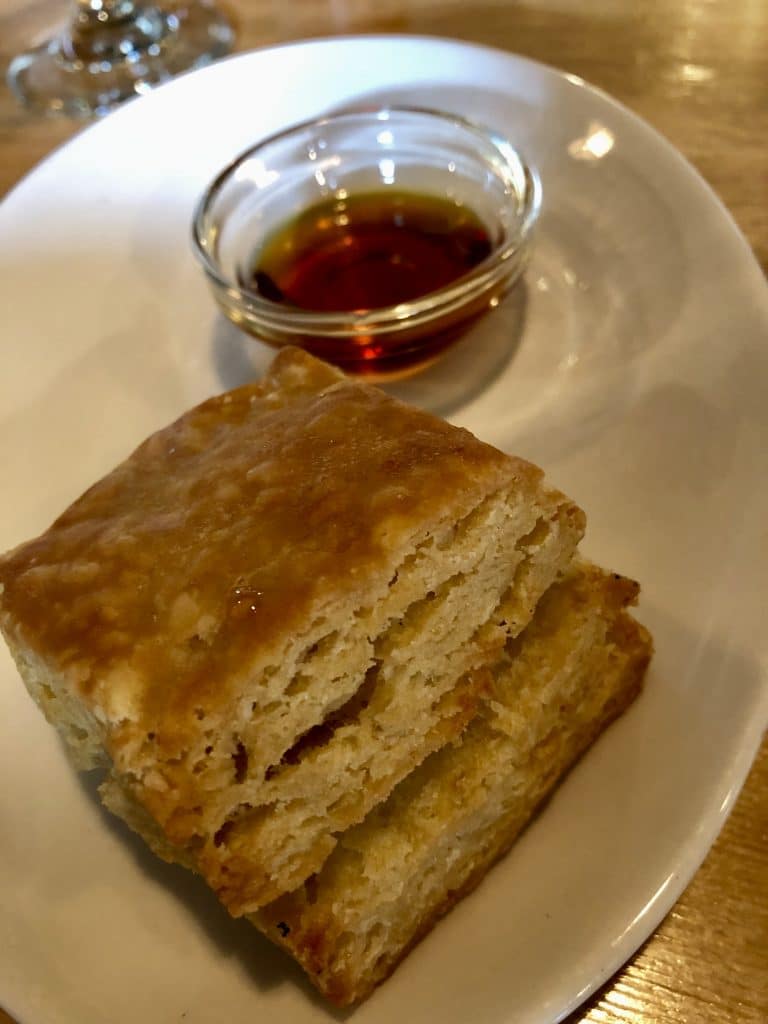 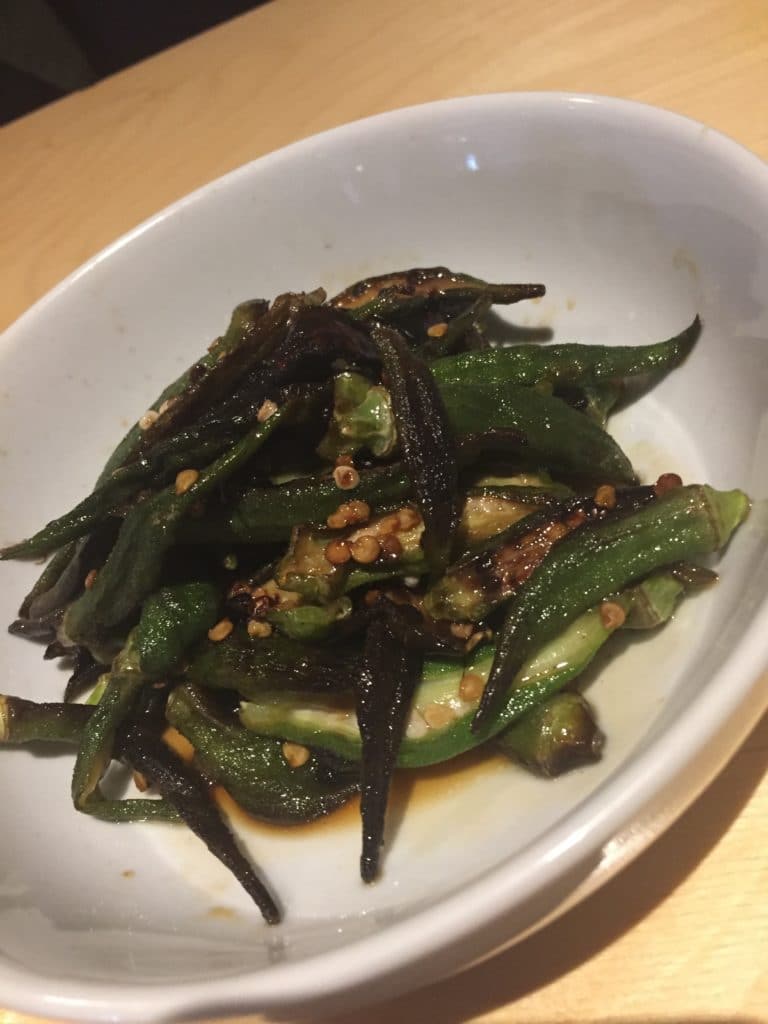 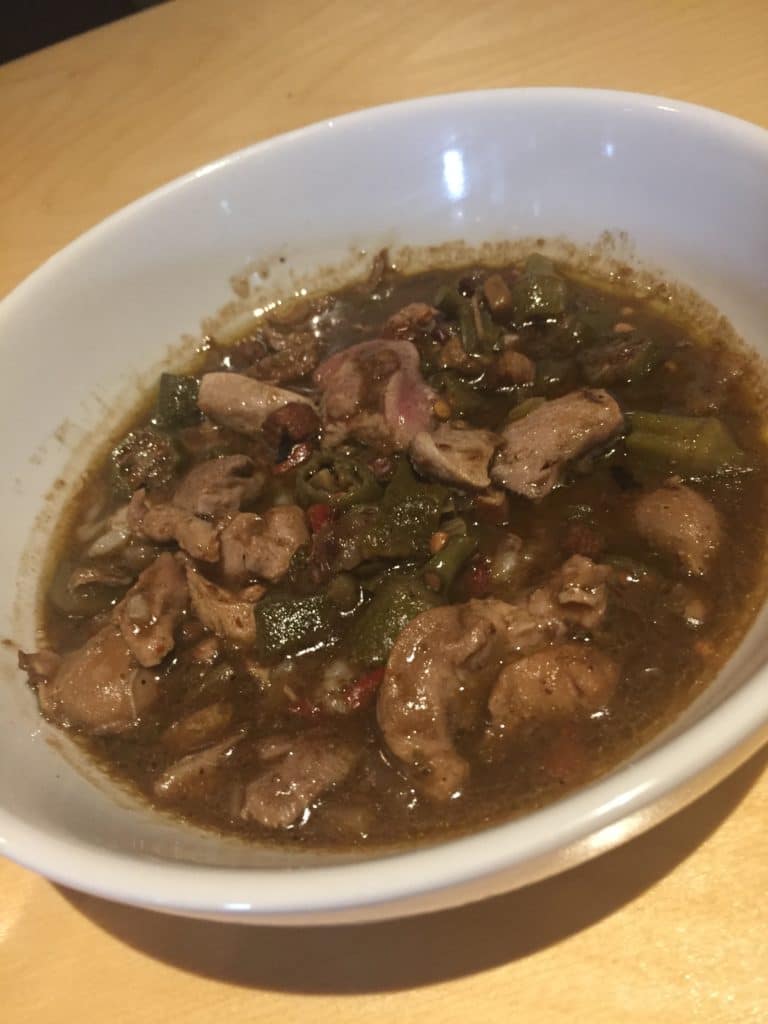 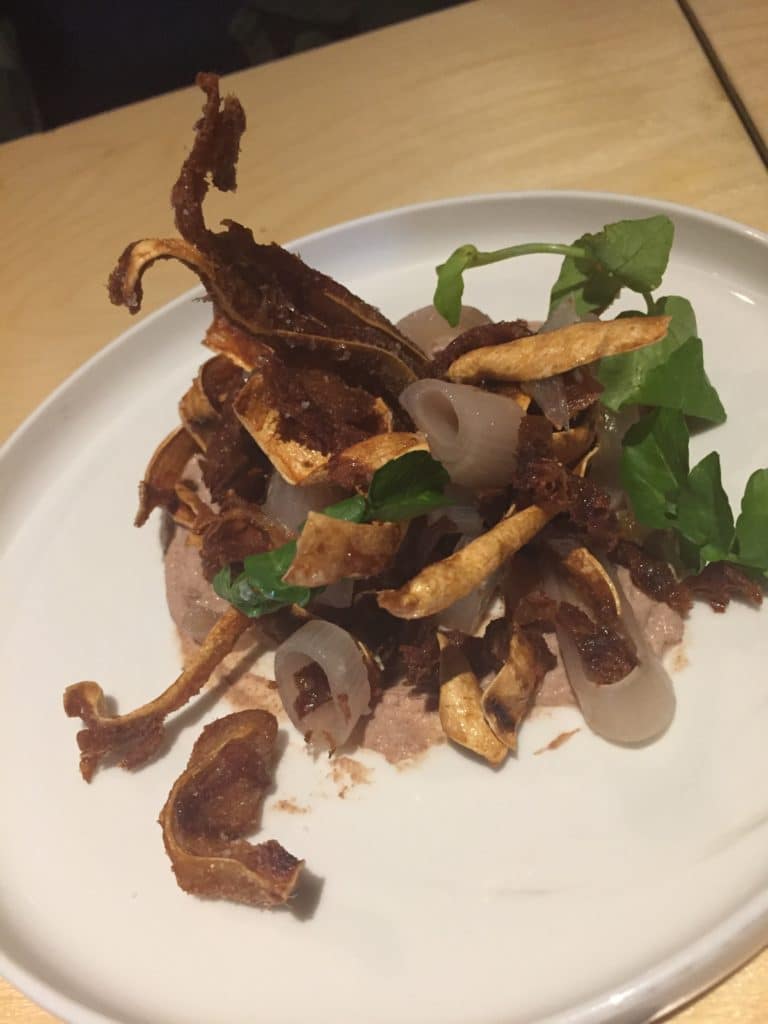 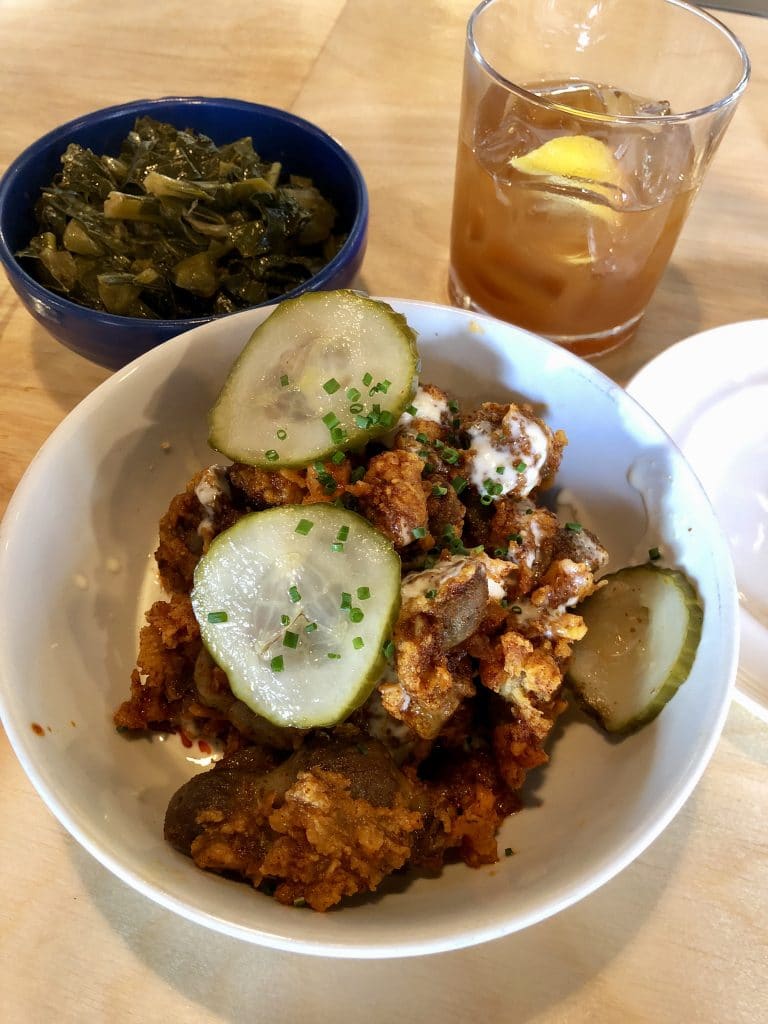 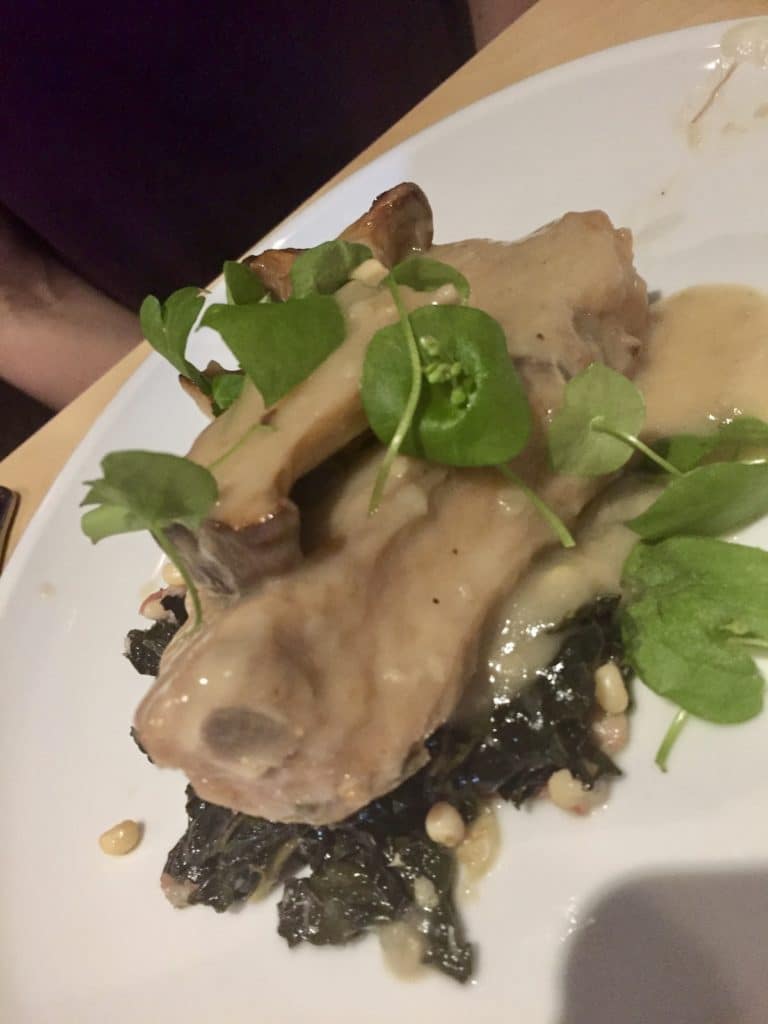 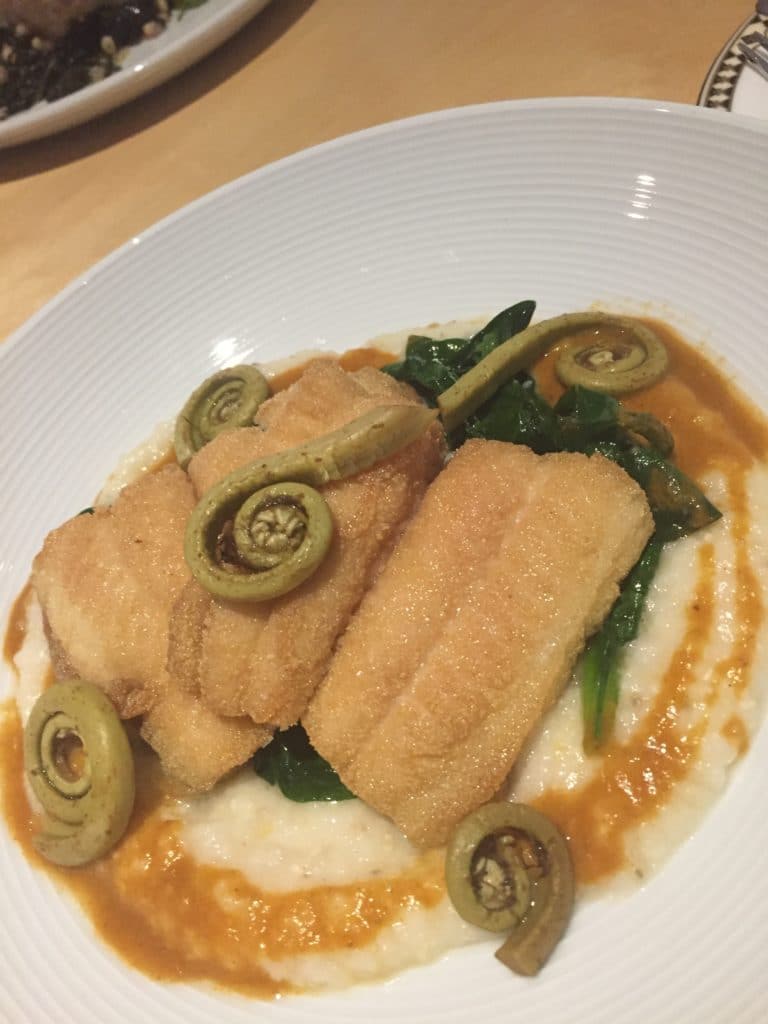 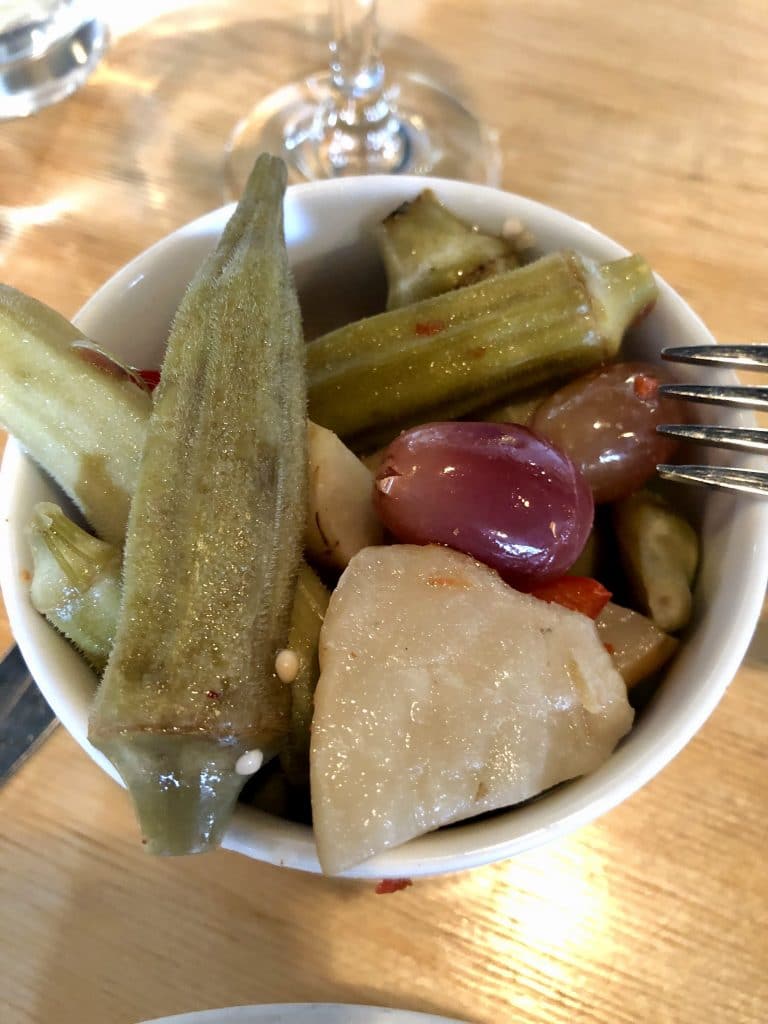 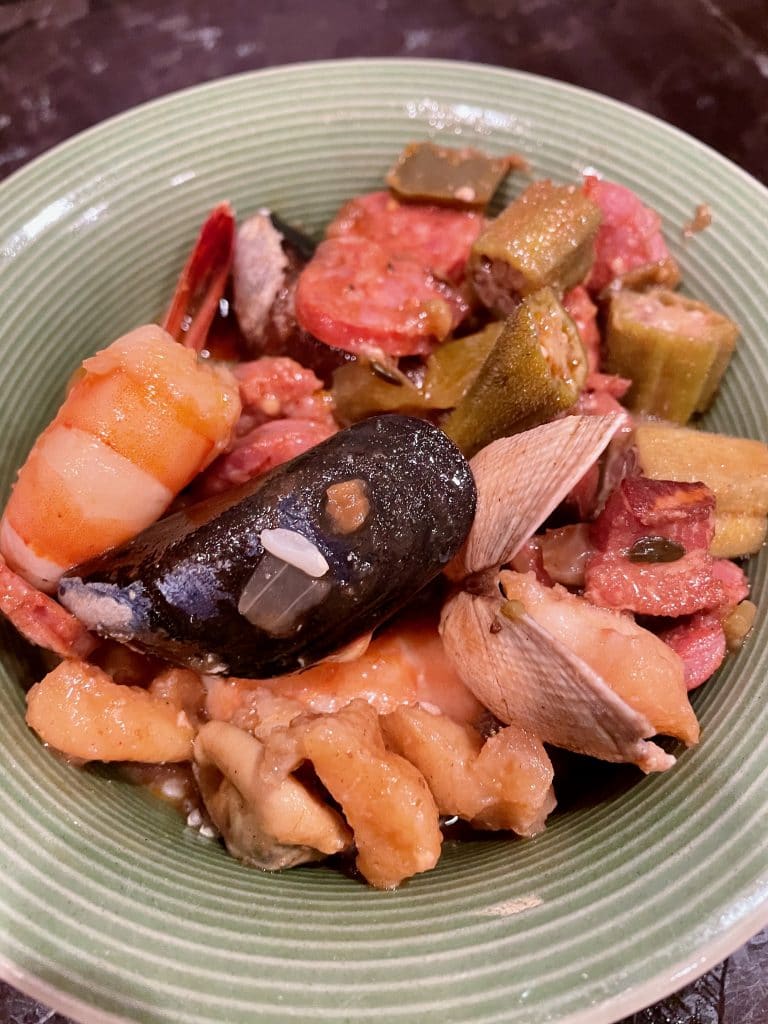 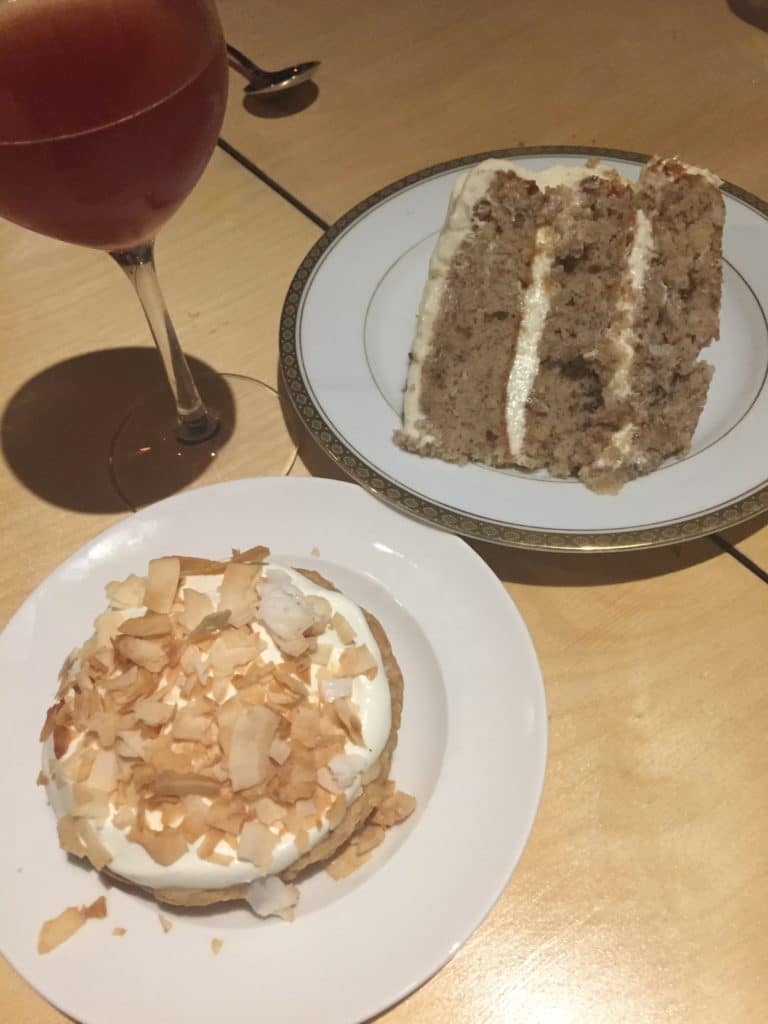 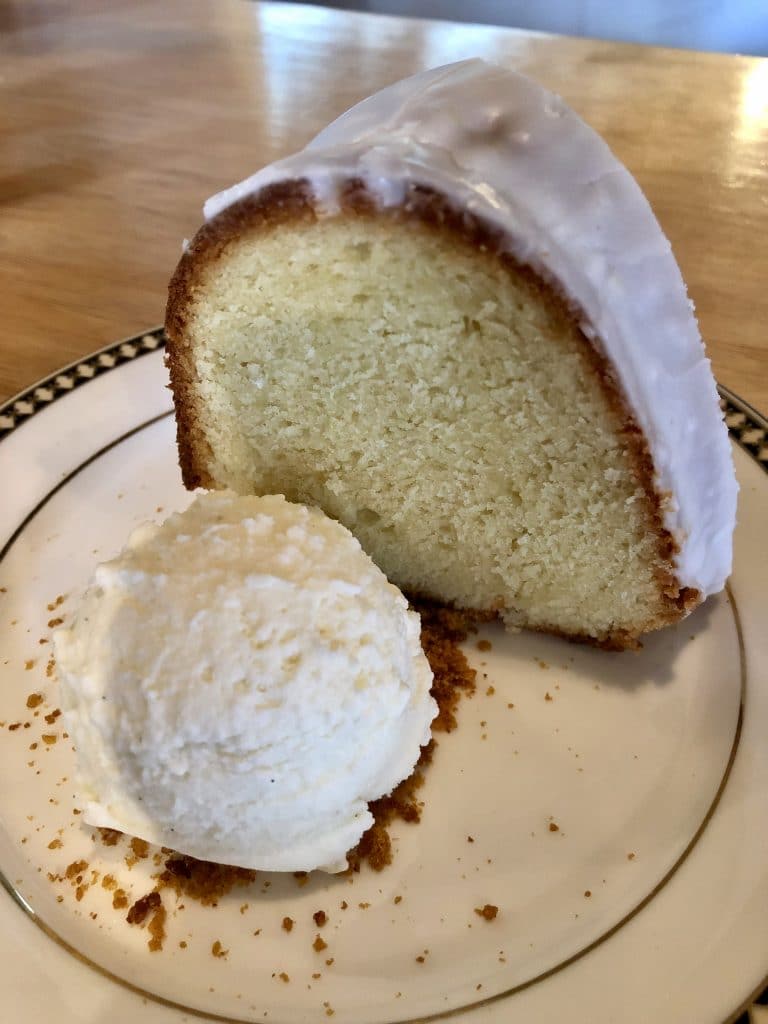 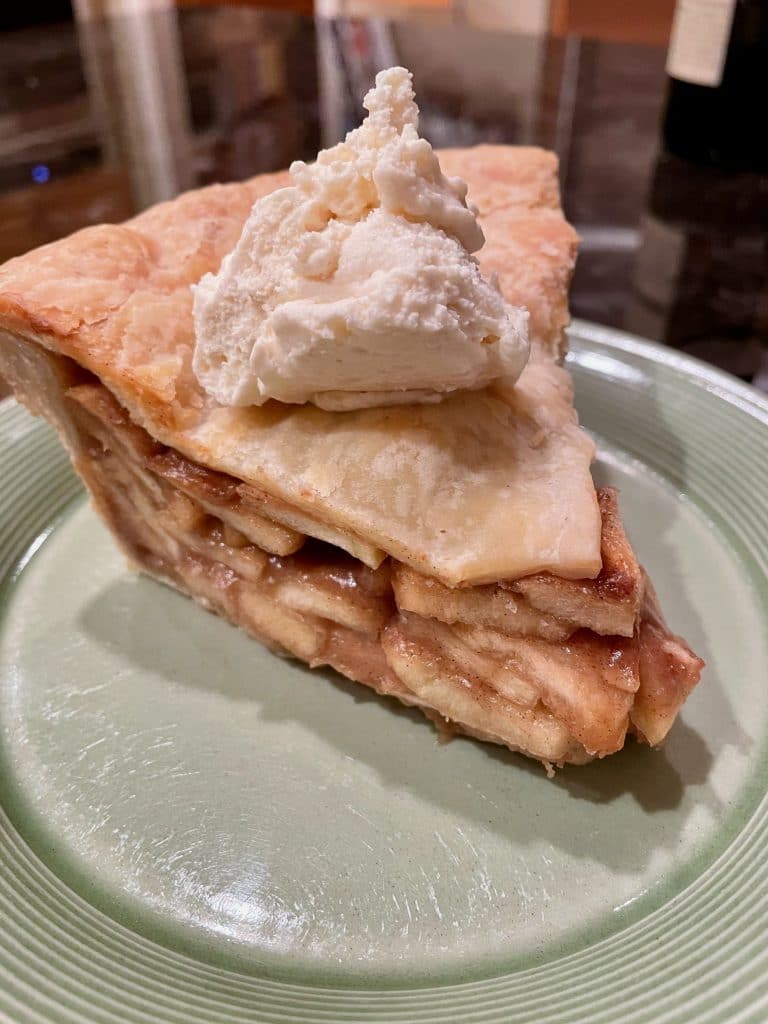 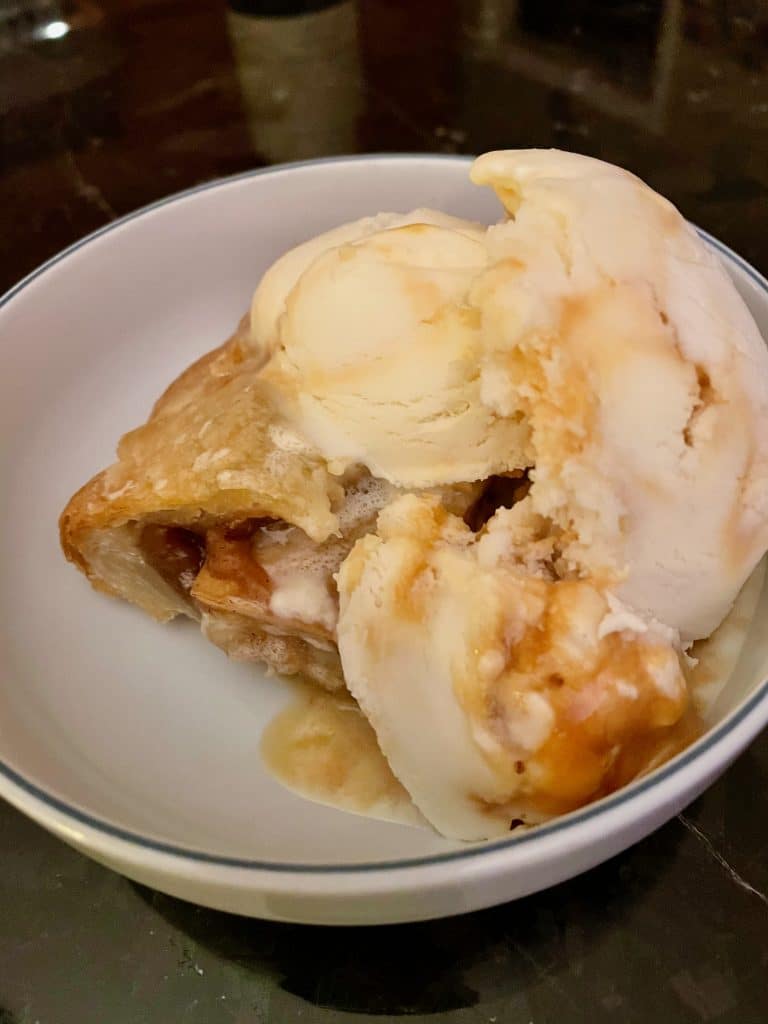 Breweries everywhere: Burke Gilman Brewing Co. I have driven by and ride my bike by here frequently but haven’t visited. We finished a walk at a nearby birding area and...

Newer spot: Cob + Cork. You never know what the experience will be but this place looked interesting from the road so we decided to give it a try. It...

The experience continues: Rusty Pelican. Once again back in Woodinville and decided to give this place a try for lunch. The menu is fairly standard with salads, soups, burgers and...

Surrounded by wine: Brix Wine Café. In the Woodin Creek Village area which has many new restaurants and wine tasting opportunities including Wine Alley where there are over 1/2 dozen...

Wine around every corner: Woodinville Wine Country. There are more than 130 wineries offering almost as many tasting rooms. Here are a few of my favorites: Darby Wines: I’ve known...