This is a keeper…..think multilayer lasagna filled instead with taco filling and tortilla instead of pasta. When first described, I was a bit skeptical but one taste and this is one delicious dish. The tortillas become soft, like fresh pasta, when baked. One hint, flour based tortillas were used instead of corn. Not sure of the mouthfeel if corn were used but for those of you who can’t conceive of anything but corn tortilla…I know you are out there….just give them a try instead.

The recipe is here.

The wine pictured is from Gorman Winery and is called The Devil You Know….he is well known for catchy names for his wines. It’s a left bank Bordeaux style red blend from Washington State. 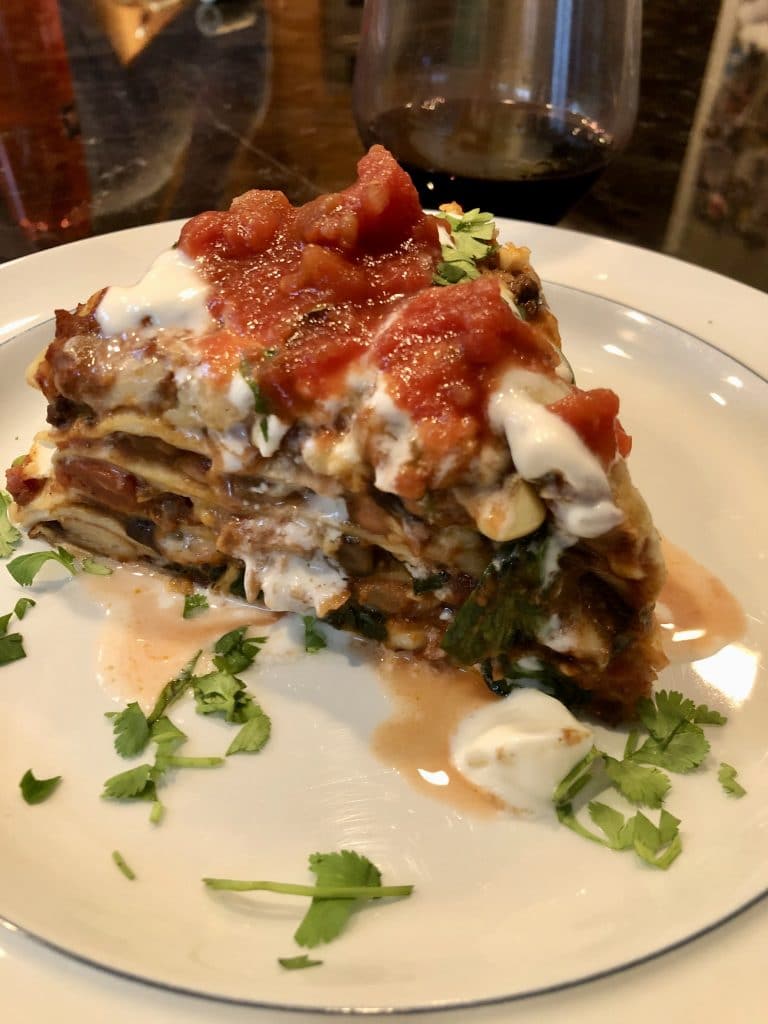 A keeper: Skillet Chicken. A New York Times recipe, the blending of mushrooms, caramelized onions and chicken makes this a rich and special dish. Find the recipe here. Likened to...

Ina Garten Recipe: Spring Green Spaghetti Carbonara. As usual, another great recipe from this well know chief. The “greens” make the dish…peas of course, asparagus and snow peas. The pancetta...

You gotta try this one: Chicken Pot Pie with Biscuits. One of the best examples of this classic and, don’t forget to use the homemade biscuits. This is comfort food...

Quarantine: Butter Chicken aka murgh makhani. Half Baked Harvest…again! Should just bookmark the website. The main difference with this recipe is the use of coconut milk instead of cream…a bit...

Quarantine: New Years Eve. Started the afternoon with frozen cranberry margaritas followed by Seared Asian steak salad and mushrooms with ginger dressing and a pavlova to finish. The salad was...